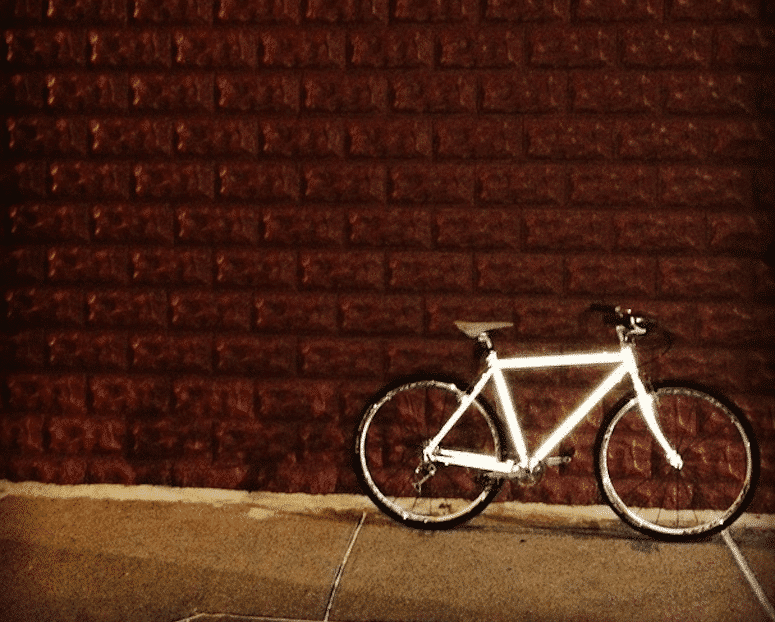 When I lived in California, I kept a stick of deodorant in my desk drawer. My pants had grease stains and a raggedy cuff on the right leg. I carried a fresh shirt, folded and pressed beside my laptop. My morning commute took forty minutes; my evening commute took twenty. I biked to work.

The rise of the bike commute is, in my opinion, one of the best examples of reimagined infrastructure in America today. Now, obviously, bike commuters make up only a small portion of the American population (just over 1 percent in most big cities). But their numbers are large enough to change the face of a city, make bikes part of the conversation year-round, and give bike lanes an active constituency—all of which leads to more lanes, more bikers, and the cycle (ahem) goes on. All over the country, old railway lines are turning into bike paths, and they are filling up. Check out this Census Bureau map, below: 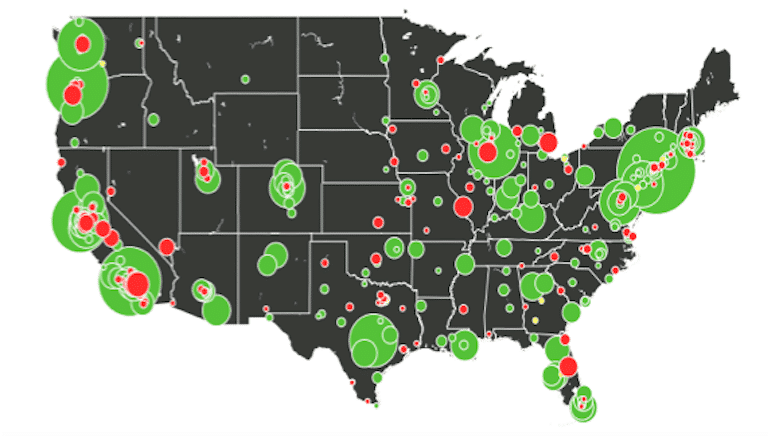 If the weather’s good and you’re in decent shape, there’s very little downside to biking to work: it’s good for you, it’s cheap, it’s fun, and it’s better for the environment than driving a car. I came to love the hill atop which my office sat, especially in the evening, when I would barely have to pedal as I whizzed home, sunset on my right, meadows on my left, Monterey Bay spread out before me. All over the country, people are discovering the same joy, blackening their pant legs in just the same spot.

There is, of course, one significant downside to the bike commute: cyclists get hurt sometimes, and the risk is higher at night. But help is on the way. In Boston, some enterprising entrepreneurs who call themselves Hub Powderworks have figured out how to use highway paint to make bikes glow in the dark. As this Boston Globe article notes, this seems like a pretty obvious thing to do—it makes you wonder why nobody has done it before. Especially in Boston, where the sun sets an hour before the end of the workday in December and the drivers all think they’re playing tight end for the Patriots.

The technology is pretty simple: the paint reflects light back at drivers. It does this with thousands and thousands of glass beads made from recycled glass. Engineered to be baked on to an aluminum or titanium bicycle (not carbon at this point), the paint allows drivers to see an entire bike frame shining in the shoulder. Retroflection, it’s called. This isn’t the bike commuter’s only safety option—I used to know a guy who sold systems of lights with which to bedeck your bicycle—but this durable paint really seems like the best option, alerting drivers while also giving riders the neat bonus of pedaling on what appears to be a ghost bike.

Is it perfect? Of course not: a bike will never be as big as a car, and accidents are inevitable. It’s expensive, too—nearly $500 for a full coat—although I imagine that the price will drop quickly as the technology spreads. But honestly, this seems a small price to pay for the liberty of the night. We may get a post-car world out of highway paint.