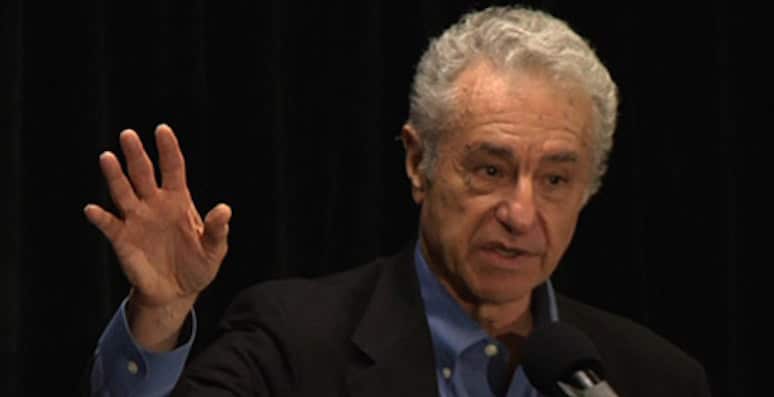 This month, the author and activist Gar Alperovitz, along with a group of more than 350 academics, writers, business people, and policy-makers announced the launch of an initiative called The Next System Project. A conversation with Alperovitz appeared in the May/June – July/August 2014 issue of Orion (“The Cooperative Economy”).

The Next System Project is an effort to “think boldly about what is required to deal with the systemic difficulties facing the United States.” Can you tell us more about it?

It is increasingly obvious to many people that the United States is in a period of social, political, economic, and environmental crisis. On issues of equality, poverty, racial justice, democracy, liberty, and the environment—just to name a few—progress appears to be stalled, or even reversed. Indeed, in many, if not most, important areas, trends have been getting worse for the past three decades or more. It’s also clear that this is no ordinary crisis, at least not one that can be addressed through traditional strategies. The problems run much deeper, and are best understood as part of a deeply rooted, systemic crisis.

A systemic crisis requires systemic answers, and the Next System Project seeks to begin a serious nationwide conversation about what a genuine alternative system—one capable of sustaining democracy, liberty, and equality within ecological limits—might actually look like.

The Next System Project draws an important distinction between systemic challenges and political, economic, or cultural challenges. Climate change, for instance, is a systemic challenge—not simply a political one. Do humans have any previous experience in dealing with problems like this?

There was a time in American history when significant-scale problems could be addressed within the existing system. The New Deal, the Great Society, and early environmental legislation were major accomplishments that were emblematic of this. Not only has that time clearly passed, there is mounting evidence that the conditions that enabled such advances were highly exceptional and not likely to be repeated.

Climate change is perhaps the best example: It’s a crisis that threatens the very existence of our species, and yet for decades we’ve been unable to adequately confront the threat. We are now approaching the point of no return, whereby some dangerous degree of climate change appears inevitable.

There are obviously no guarantees that systemic change can be achieved, even over an extended period of time. But history is full of examples of people coming together to confront seemingly insurmountable problems and, over time, achieving far-reaching change. Just in recent decades, who would have predicted the fall of the Berlin Wall and Soviet-style communism? Or the end of white supremacy and the Apartheid system in South Africa? Or the crumble of dictatorships across Latin America?

It’s impossible to know how far we can go toward halting climate change and achieving other important goals if we get truly serious about the sources of the problems.


As you said earlier, “systemic crisis require systemic answers.” Are there any examples of these kinds of solutions in play in the world right now?

Change almost always begins at the bottom. Precisely because of the failings of the existing system, around the country (and throughout the world) we are seeing the steady build-up of new experiments and new proposals, new ideas and new activism, and above all a new basis for hope.

Worker-owned firms, for instance, are taking root in several American cities and regions, many of which are inspired by the Mondragón cooperative network (Mondragón offers an alternative to large, for-profit multinational corporations; read more about it in the May/June – July/August 2014 issue). Likewise, in Boulder, Colorado, a powerful movement to put private utilities in the hands of citizens offers the promise of dealing with local sources of global warming.

The list goes on. All of these experiments and models point to different ways of organizing our economic life, ways that begin to suggest some of the elements of a very different system.

How will The Next System Project weave individual initiatives like these into a comprehensive whole?

The first goal of our project is to help legitimate and encourage public discussion of these critical issues. Many on-the-ground practitioners and activists doing this work on a daily basis have important ideas about systemic change—and especially about how, step by step, we might get to an alternative system from the existing one.

There are also many writers and academics who have developed, or are developing, alternative systemic models. One of the goals of the Next System Project is to bring all of these people together in a discussion about how systemic thinking can influence local practice. At this stage, what we need are many, many alternative views—and a far-ranging and open debate, from which, one day, a truly democratic and ecologically sustainable future can emerge.

How can individuals get involved with The Next System Project, and what should we expect in the coming months?

Going forward, the project aims to broaden the discussion around the question: “What comes next?” We will be hosting a national webinar on May 20th; register here.

Through targeted research and on-the-ground engagement, we are also hoping develop plans to explore how a city, a state, a region, and ultimately the nation might incorporate “next-system” thinking. The goal is informed discussion of concrete alternatives, so that we can radically expand the boundaries of political debate in the United States.

People from all walks of life have added their names to the call for a wide-ranging discussion of the systemic crisis, and for the need to begin to define systemic alternatives. To read our statement on the crisis, and to add your name, visit the Next System Project website at www.thenextsystem.org.