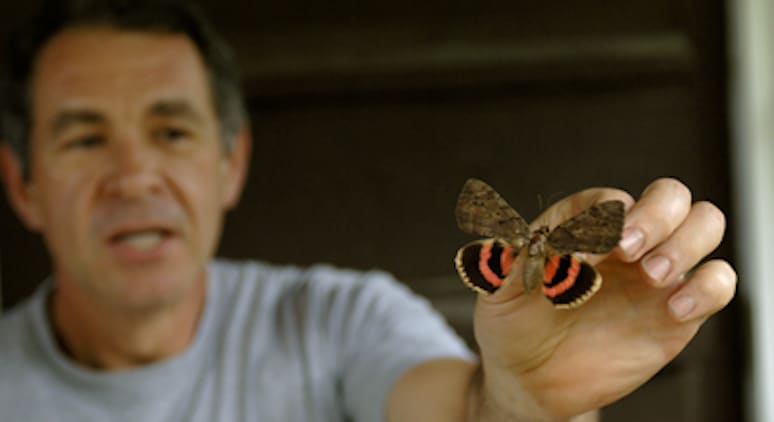 The March/April issue’s story about teaching evolutionary theory at the University of Kentucky has generated a significant reader response; the essay has also been reprinted in Slate, passed around the web, and resulted in several radio interviews. Here, Krupa tells of the e-mail he’s received from readers, both positive and negative.

In the days that followed the publication of my essay, I received 239 e-mails from 213 individuals. Ninety-six percent thanked me for the essay, 4 percent hated it. I received e-mails from many ministers and pastors, all of whom thanked me. I received e-mails from 8 individuals who consider themselves evangelical Christians, all of whom thanked me for clarifying that one can accept evolution and maintain their religious beliefs. Several shared stories of being treated like outcasts for accepting evolution theory. One e-mail was most touching and sad: A young college student told me that she has always been fascinated by evolution, and has been studying it since she was a child. But, as a result, a strain exists between her and her family, all of whom reject evolution. Most sad, she told me that after posting my essay on Facebook, 40 percent of her friends “unfriended” her.

I received 82 e-mails from teachers, from K-12 to the college level. Ninety-nine percent thanked me for the essay, and most agreed that evolution should be taught early in a course and continue as the theme throughout the semester. I received e-mails from teachers from 8 different states, including California, telling me that their teaching experiences are very similar to mine. In an odd way, I took comfort knowing that there are many of us out there trying to advance evolution education and facing the same problems. I received e-mails thanking me for telling the story of how Kentucky heroes Frank McVey, William Funkhouser, Arthur Miller, and Glanville Terrell defended academic freedom and stopped an anti-evolution bill from becoming law. Several were delighted and surprised to learn that Kentucky-born John Scopes graduated from the University of Kentucky.

I fully anticipated negative reactions, and I was not let down. I was told I am arrogant, condescending, combative, confrontational, and a lousy teacher. I was told I don’t understand evolution. I was told I should be embarrassed that I do not know the difference between a monkey and a chimp (I most assuredly do). I was told I am wrong to say monkeys and humans share a common ancestor (they do, but not in the recent past; all primates share a common ancestor). Several criticized me for not explaining to my students all the nuances of science and evolution. (Belabored explanations that go into too great a depth are one of the best ways to bore and lost students; the art of teaching freshman non-majors’ classes, as well as the art of teaching, is to avoid doing this. As either Socrates or Plutarch explained, and I paraphrase, the purpose of education is not the filling of the vessel, but the lighting of the flame.) Several told me evolution is not a theory but a law, and that I should know better. One individual told me evolution is not a theory but a “grand principle.” Several told me I clearly do not know the correct definitions of theory or fact.

Although I tried my best not to respond to negative e-mails, I did a few times. These were mostly to explain that my definitions of theory and fact are those provided by the U.S. National Academy of Sciences. Several e-mails informed me that there is no evidence for evolution, and that “intelligent design” is science that I have to teach as well.

What I take from the reactions I received is that many folks are passionately concerned that we provide to students the best science education—including evolution education—we possibly can. I was heartened by how many told me that they are able to maintain their religious beliefs and accept evolution with no feeling of conflict. Even though the message was clear that there are those whose minds are forever closed to the reality of evolution, many more are open-minded and anxious to know more.

When all is said and done, if my essay convinced just one person that they can accept evolution without it being at odds with their religious beliefs, I will consider this project a success. And if just one person realized the importance of science education (and evolution education in particular), I will also consider this project a success. Based on the reactions I received, I feel reason for hope that more will accept evolution in the future.

James J. Krupa has won several national and state teaching awards, as well as every major teaching award at the University of Kentucky, where he is a tenured professor.