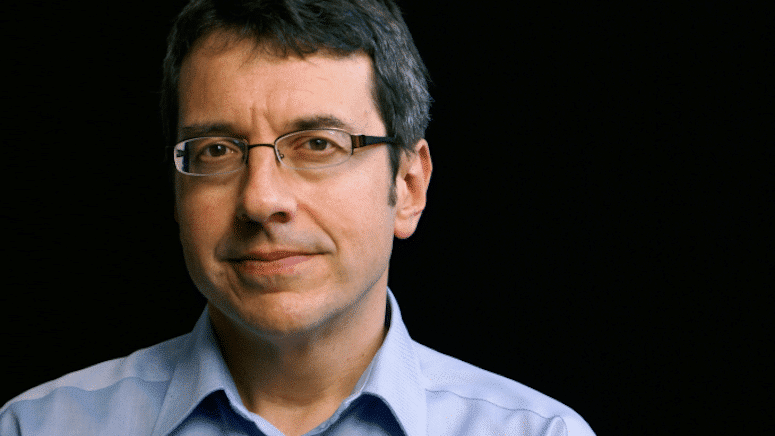 The winner of this year’s Orion Book Award, in the nonfiction category, is George Monbiot’s Feral: Rewilding the Land, the Sea, and Human Life (University of Chicago Press). A deeply researched book of narrative storytelling and bold imagination, Feral invites readers to envision a wilder, less stifled and more primal world—one in which we humans can come to recognize our animal selves once again. A conversation between Monbiot and Orion editor Jennifer Sahn appeared in the January/February 2014 issue of the magazine, and is excerpted below.

Jennifer Sahn: It’s sort of an obvious starting place, but I think it makes sense to begin by asking how you define rewilding.

George Monbiot: Actually, there are two definitions of rewilding that appeal to me. One is the mass restoration of ecosystems. By restoration, I really mean bringing back their trophic function.

Trophic function involves feeding. It’s about eating and being eaten. Trophic function is the interactions between animals and plants in the food chain. Most of our ecosystems are very impoverished as far as those interactions are concerned. They’re missing the top predators and the big herbivores, and so they’re missing a lot of their ecological dynamism. That, above all, is what I want to restore.

I see the mass restoration of ecosystems, meaning taking down the fences, blocking up the drainage ditches, enabling wildlife to spread. Reintroducing missing species, and particularly missing species which are keystone species, or ecosystem engineers. These are species which have impacts greater than their biomass alone would suggest. They create habitats, and create opportunities for many other species. Good examples would be beavers, wolves, wild boar, elephants, whales—all of which have huge ramifying effects on the ecosystem, including parts of the ecosystem with which they have no direct contact.

Otherwise, I see humans having very little continuing management role in the ecosystem. Having brought back the elements which can restore that dynamism, we then step back and stop trying to interfere. That, in a way, is the hardest thing of all—to stop believing that, without our help, everything’s going to go horribly wrong. I think in many ways we still suffer from the biblical myth of dominion where we see ourselves as the guardians or the stewards of the planet, whereas I think it does best when we have as little influence as we can get away with.

The other definition of rewilding that interests me is the rewilding of our own lives. I believe the two processes are closely intertwined—if we have spaces on our doorsteps in which nature is allowed to do its own thing, in which it can be to some extent self willed, driven by its own dynamic processes, that, I feel, is a much more exciting and thrilling ecosystem to explore and discover, and it enables us to enrich our lives, to fill them with wonder and enchantment. 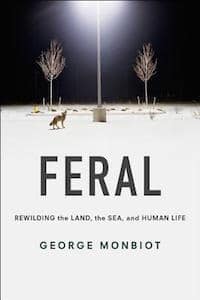 Jennifer: Your book seems to have captured the imagination of readers, whether they agree with what you are saying or not. Why do you think the notion of rewilding has been so provocative?

George: My sense is that people like me are ecologically bored, that we possess the psychological equipment required to navigate a world that is far more challenging than our own—a world of horns and tusks and fangs and claws. Yet our lives have been reduced to the point at which loading the dishwasher seems to present an interesting challenge.

Having lived for some time with people who are much closer to the living planet—indigenous people in South America, in East Africa, and in West Papua—I’ve found my own life by comparison to seem quite a small and shuffling thing. I think all of us have a sense that we’re not quite fulfilling our potential as the human beings who evolved in this really quite thrilling and exciting and dangerous environment, and that our lives are a bit too small and too constrained.

I think rewilding, or certainly the version of it that I’ve been suggesting, has appealed to people both because it gives hope, in that we can reverse some of the horrible destructive processes of which we’re all aware, but also because it introduces into our lives this element of wonder and delight which is too often missing.

Jennifer: While researching this book you must have learned about so many fantastic things happening around the world. What are the most exciting examples of rewilding that are already under way?

George: There’s one in Patagonia, where a future Patagonia national park is being created out of land which was bought by Doug and Kris Tompkins and other people with whom they got together. They’re reintroducing puma and jaguar and the indigenous deer of the region while at the same time helping with local community development, bringing people into the process, giving them jobs and opportunities which they didn’t previously have.

There’s the restoration of the southern marshes in Iraq, the great Basra Marshes, which Saddam Hussein drained and destroyed. They’re now being reflooded, and the wildlife has been returning. It’s really a remarkable project. Apparently, the restoration is taking place very rapidly indeed.

We’re seeing large areas in the mountains of Croatia, and in the forests of Romania, which are being rewilded. In 2012, the first five bison, which had been extinct in Romania for 160 years, were released into the Vân atori Neamt reserve. In the dehesas of Spain and Portugal, the Iberian lynx, extinct across much of its former range, is slowly recovering as a result of reintroduction of animals bred in zoos. The governments of the two countries have set aside over a million hectares of land in this area to protect the lynx, the Spanish imperial eagles, the vultures, Iberian ibex, and other rare wildlife that lives there. The creation of marine reserves in New Zealand and the Philippines are also good examples. We’ve seen a very rapid restoration, not only of the fish and the crustacea, but also of the sedentary life forms, be they corals, or anemones, or sponges, which were previously trashed by bottom trawling.

There’s a lot already happening. But I would love to see it increased by orders of magnitude.

Read more about the Orion Book Award and this year’s finalists, here.