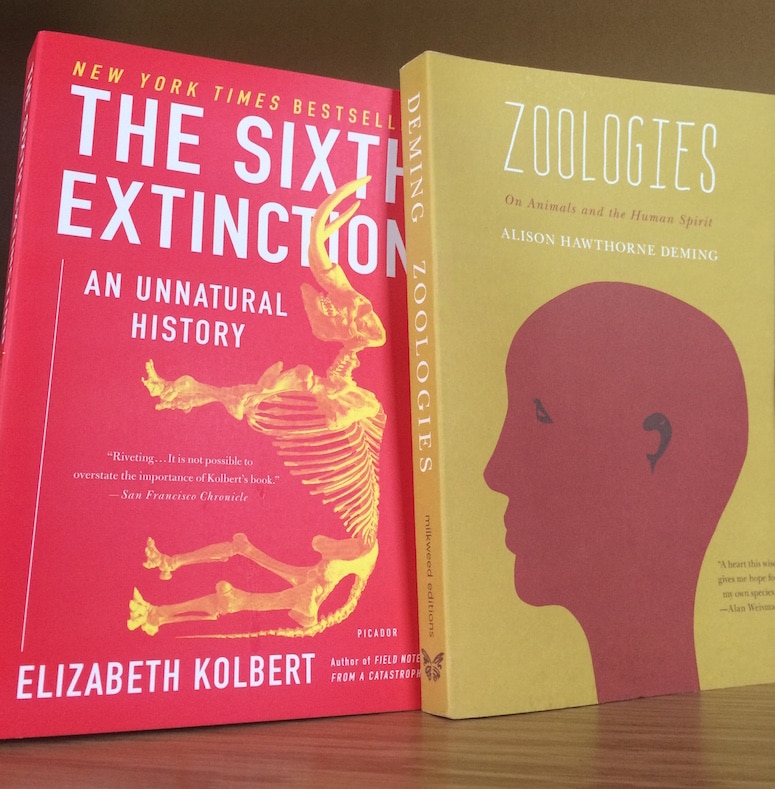 Why read a book with a title as ominous as The Sixth Extinction, other than that its author is the incredible Elizabeth Kolbert? Well, one reason is to gain a sense of perspective—and not just about the scale of change humans are bringing to the world’s ecosystems, but about the story of this planet, in which we represent just the briefest of chapters. In this masterfully written book, Kolbert travels the globe, bringing us news of the world’s many revisions, including the one presently underway, and of which we humans seem to be the primary cause. From the rainy uplands of Scotland, where the rocks are riddled with fossils, to a spot beneath the Tyrrhenian Sea, where carbon dioxide bubbles out of the ground, we encounter evidence of how the world has changed before and how it’s changing again—and, this time, into a form that’s likely to be less fecund, colorful, and diverse than the one we know. The picture that emerges is frightening, to be sure, but also humbling: we humans are a remarkable species, but so are the many, many others that have passed though this beautiful, mysterious planet. —Scott Gast

We share 90 percent of our genes with chimpanzees, 84 percent with dogs, 65 percent with chickens, and 47 percent with fruit flies. We truly are all one family—though we live our separate lives. In Zoologies: On Animals and the Human Spirit, Alison Hawthorne Deming enters that liminal space where our stories intersect, exploring with a poet’s eye what humans learn from other animals, how we are influenced by them, and how a common lineage maintains a mystical connection despite our attempts to distance our own species from the rest of the family. Oyster, cheetah, finback whale, and crow are among the cast of characters populating this lively compendium with their antics and their lessons and their metaphors and their songs. It’s a delight to encounter them on these pages in this way. —Jennifer Sahn