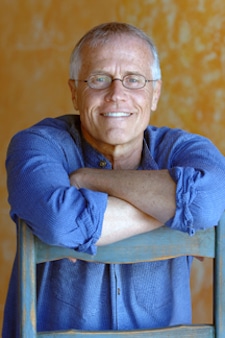 Paul Hawken has dedicated his life to changing the relationship between business and the environment. He has written numerous articles on the topic for Orion, and his books include The Ecology of Commerce, Natural Capitalism, and Blessed Unrest, which catalogued the worldwide grassroots movement for social and environmental change. His newest work, called Project Drawdown, is a book, digital platform, and basis for curricula that identifies the 100 most important and achievable solutions to the climate crisis, from mass transit and micro-grids to the education of girls and the restoration of wetlands.

Project Drawdown describes how 100 different efforts, employed globally and together, could solve climate change. How did you go about crafting the list?

We went looking for the 100 most substantive solutions that currently exist, initiatives that are in place and have robust science, data, and research behind them. We’ve shied away from general terms like “organic farming” and “renewable energy,” because you cannot measure generalities. Instead, we’ve tried to get specific: the list includes particular strategies, like multi-strata agroforestry, telepresence, and co-generation, for example.

We’re surprised by how underrepresented land-use solutions are in the climate conversation, and by how significant they are when you do the math. Photosynthesis and the miracle of stomata are often overshadowed by an emphasis on Promethean energy solutions. Our analysis is still in the works, so I can only guesstimate at this point, but I would say 40 percent of our list’s top twenty solutions involve land use and food.

What does the term “drawdown” refer to?

Drawdown refers to that time when CO2 in the atmosphere goes down on a year-to-year basis. Drawing down carbon dioxide from the atmosphere is the only way to ensure the continuation of civilization on this planet. There are three trillion trees and several quadrillion plants out there, and they are our allies. As we nurture, protect, feed, and honor them, we regenerate life on Earth and reduce our collection of greenhouse gases. We need other solutions as well—solar, wind, electric transport, net zero buildings, and so on—but without plants and trees, we cannot achieve drawdown.

You’ve worked for decades at the intersection of business and the environment. What role can the private sector play in enacting some of the solutions on your list?

I’d argue that, in 2015, business is the creator and destroyer on planet Earth—it’s our Vishnu and Shiva. And one by one, it is dawning on companies that climate disruption is not just another sustainability issue. It’s a survival issue. We’re working with one company that has changed its mission to reflect the fact that they’re now in the business of reversing climate change. They’re the first I know of to do this. But it’s what our situation calls for; any goal short of it doesn’t make sense.

Why build this list in the first place? What do you hope to do that’s not been done before?

Well—this sounds almost loony—but a list of this kind has never been made before. It’s incredible: We have known about climate change for decades, but, until now, no one has compiled a list of the fifty, seventy-five, or one hundred most substantive, extant solutions to the problem.

Three years ago, Bill McKibben wrote a great piece in Rolling Stone called “Global Warming’s Terrifying New Math.” It was based on the work of a researcher in London who calculated that, if human civilization is to survive, most of the oil, gas, and coal companies’ carbon assets are simply unburnable. We’re trying to put forward a hopeful rejoinder to this idea—we’re describing the “brilliant new math” of climate solutions. And the reason we’re doing it is because no one has done it before.

Paul Hawken is the featured speaker at the Quivira Coalition’s annual conference, The Next Wave: Cultivating Abundance in New Mexico, from November 11 to 13. Tickets to the evening event that features him on November 11 are available here.