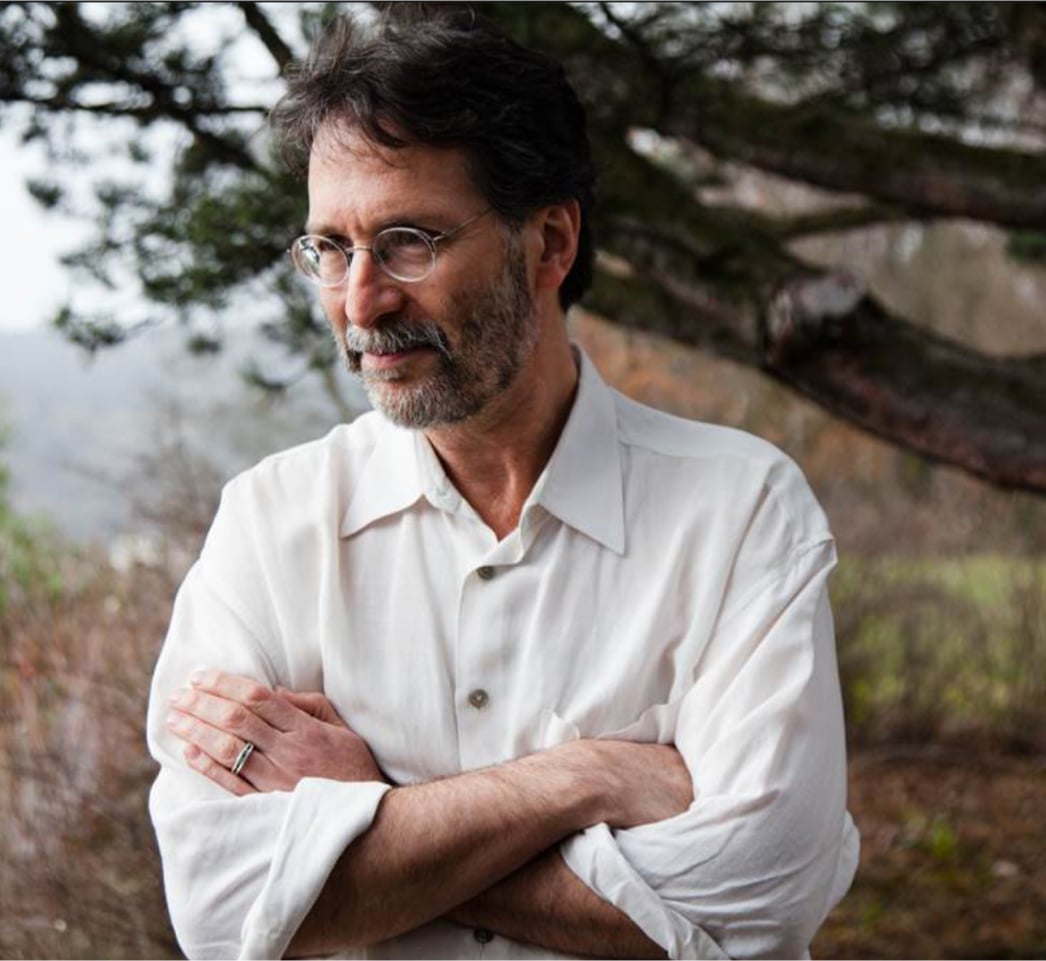 I first encountered Brian Doyle when I was an editorial intern and then departments editor at Orion. He was such a prolific contributor that we had to institute a “Doyle Rule,” limiting authors to one Coda a year. Without it, he would have closed out every issue, and as it was, we usually had a couple of years’ worth of them lined up well in advance. But what I remember most about Brian then was how incredibly charming, generous, and genuine he was, even to a newbie intern. And he was that way with everyone.

On May 27 Brian sailed on to a new dimension. Brian was a friend to many, and a father, husband, son, and brother to a very lucky few. He was a storycatcher, a writer and editor who saw a good lesson or yarn in every direction he looked, and a guy who was constantly, delightedly, gobsmacked by wonder and grace, especially grace under duress. He was also a deeply spiritual, hawk-obsessed, hoops-loving, wine-sipping, run-on sentence-using, mustelid aficionado who laughed and wept in equal measure, and often punctuated his spoken sentences with this funny little mmm sound. It is the exact noise I would expect a small bespectacled mammal in an Irish children’s book to make as he enjoyed a taste of honey on a breezy summer day, and I know the great BD would grin at that thought.

I cannot pretend to have known Brian so well as many others, but we did keep in frequent touch after I moved back west, enjoying the odd lunch together when I passed through Portland, and exchanging years of his signature bright and brief email correspondences. Sometimes he’d pass along job announcements or ask what I was writing lately, and often enough I’d ask him to send something new to make me laugh. When he requested a photograph of my infant son, he responded with a simple and immediate: Ahahahaha! A fatty!

And so, my heart has been with him every day these past few months as his light began to flicker and shift. In my thoughts, I have spent many walks pointing out birds to him, and many nights in vigil at his bedside. I have read a dozen of his books and countless essays over the last two months, (this for a project about which I hope to have good news to share soon,) and the regular updates I’ve received from close mutual friends have left me by turns heartbroken, astounded, humbled, and incredibly moved and inspired by the love and grace of the Family Doyle. That is to say, he has occupied my daily thoughts, and facilitated some new friendships in a very real and meaningful way that has left me changed. And I know I’m not alone in this, because Brian, and his words, have moved so many people.

I have a long list of personal favorites when it comes to Brian’s essays, some of which you can read here, here, and here, or simply take a tour through some of his best Orion contributions right here. But a couple of weeks before he passed I found this one at the end of the last book in my pile, and it made me shiver. He died on a Saturday morning, and I heard the news with a baby sleeping in my arms. I looked down and remembered that morning I had dressed him in an otter shirt, thinking it was a day for otters. And so it was.

Brian, you are missed, even as you live on.

And You and I both remember that doctor in Boston saying polite but businesslike that we would not have children but then came three children fast and furious!

And no man ever had better friends, and no man ever had a happier childhood and wilder brothers and a sweeter sister, and I was that rare guy who not only loved but liked his parents and loved sitting and drinking tea and listening to them!

And You let me write some books that weren’t half bad, and I got to have a career that actually no kidding helped some kids wake up to their best selves, and no one ever laughed more at the ocean of hilarious things in this world, or gaped more in astonishment at the wealth of miracles everywhere every moment.

I could complain a little right here about the long years of back pain and the occasional awful heartbreak, but Lord, those things were infinitesimal against the slather of gifts You gave mere me, a muddle of a man, so often selfish and small. But no man was ever more grateful for Your profligate generosity, and here at the very end, here in my last lines, I close my eyes and weep with joy that I was alive, and blessed beyond measure, and might well be headed back home to the incomprehensible Love from which I came, mewling, many years ago.

But hey, listen, can I ask one last favor? If I am sent back for another life, can I meet my lovely bride again? In whatever form? Could we be hawks, or otters maybe? And can we have the same kids again if possible? And if I get one friend again, can I have my buddy Pete? He was a huge guy in this life–make him the biggest otter ever and I’ll know him right away, okay? Thanks, Boss. Thanks from the bottom of my heart. See You soon.

Remember–otters. Otters rule. And so: amen.