With all the impending despair of climate catastrophe these days, we locate wellsprings of hope in new emergences and creative responses, like the recent collaboration between writer and environmental philosopher Kathleen Dean Moore and concert pianist Rachelle McCabe. Their project, “A Call to Life,” pairs two leading artists and thinkers into a unified sound of possibility and action. I connected with Kathleen Dean Moore to learn about the project.

NT: What is your new project, “A Call to Life”?

KDM: “A Call to Life” is a concert performance that uses music and the spoken word to call people to action on the global extinction crisis. Words alone are not enough to express the enormity of the losses the planet faces – or the tragedy. So I’m collaborating with Rachelle McCabe, a concert pianist, to link the power of music and the power of prose, so that people can feel the moral urgency of action in both their hearts and minds.

We have been taking the performance on the road. The next performance (closest to Orion’s headquarters) is at Clark University in Worcester, Massachusetts on Friday, November 2, 2018, 5:30pm at the Razzo Hall at the Traina Center for the Arts.. I hope people will come. Or if they can’t, they can find a studio recording of the performance on our website, along with a calendar of our coming performances.

We can promise people an experience that will shake them to the core. Not another talk about statistics and doom, but, as Orion writer Mitch Thomashow wrote, an emotional connection:

“I was deeply moved by the power, eloquence, wisdom, urgency, and insight of the presentation…
an emotional connection to the planetary emergency.”

NT: What inspired “A Call to Life”?

KDM: Rachelle was in the audience when I gave a talk urging climate action. As I walked off the stage, she stopped me in the aisle and said, “When I listen to you speak, I hear Rachmaninoff.” When you have a brilliant friend who says something like that, and when your friend is a renowned concert pianist, you follow up.

In her studio a couple days later, Rachelle played me Rachmaninoff’s “Variations on a Theme of Corelli.”  Its connection to the extinction crisis made me shiver – on the verge of madness, its strong and resolute heart; in the depths of grief, its moral courage. “A formidable piece of music,” Rachelle said, “for a formidable challenge.”


NT: How did you fuse your writing/speaking with Rachelle’s music?

KDM: Rachelle played the Rachmaninoff Variations over and over, telling me about the “hollow chords of despair, the augmented fourth of yearning, the perilous transitions from dissonance to consonance.” We both cried. As she played the piece, the narrative arc of the music – from sorrow and terror to bewilderment to resolute courage – caught me up and I began to write. My words weave into the silences between the variations or spill on top of the music.

NT: Where has “A Call to Life” taken you? What is the audience response?

KDM: We have performed in a wild variety of venues, from the World Congress for the International Union for the Conservation of Nature in Hawaii, to the community hall of an Alaskan hamlet half-drowned by the tide. Geographically, we have ranged north to south, from Calgary to Arizona, and east to west, from Wisconsin to Hawaii. We are headed for New York City now, and next year, we will be in Scotland – wherever people invite us to perform. 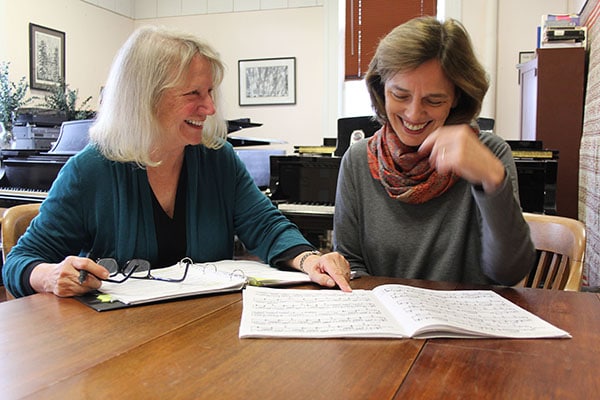 NT: Why is the fusion of science and art so important in inspiring conservation?

KDM: The truths that science tells us are terrifying. Let’s be honest about that — so terrifying and sorrowful that a natural response is to close your heart against them, to turn away to deflect the blow. So the challenge is to deliver those truths in such a way that they open people’s hearts without breaking them. That is the power of art – it goes directly to the places where we grieve, rejoice, and find courage.

NT: How does this relate to the work of Orion magazine?

KDM: People often ask me: What can one person do to protect this lovely, reeling planet? I always answer, Stop being one person. To join in common cause with people with widely varying expertise, but all with the same creative energy and moral courage, all with the same passion for the planet – that is hugely empowering. That’s what Orion’s fusion of ideas about art, nature, and culture does – it creates a community of caring.

And I would say, a community of courage.  Orion says it straight and strong. It has found, in art and literature, what Rebecca Solnit calls the “joy of insurrection.” 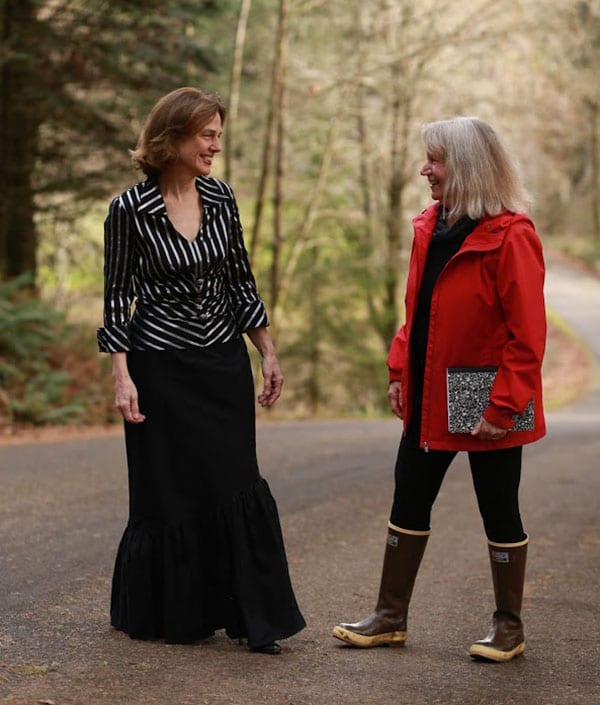 NT: What’s planned for the future of “A Call to Life”?

KDM: We are fully committed to taking this call wherever an organizer can put together a piano and a couple hundred people. We want to carry our message everywhere: The cosmic going-out-of-business sale that we call an economy is a moral outrage, a betrayal of the young ones of all species – and we must stand against it.

Rachelle and I are also expanding our efforts, about to create a new performance focused on bird extinction, using, among other pieces, Sibelius’ Impromptu No. 5. Oh, such music — it will send you out the door, stumbling with grief and resolution, to do what needs to be done to save the winged ones.

As for me, I am working on two new books. One is Breaking Bedrock, a co-edited work on fracking’s impact on human rights. The other is a book of personal essays about ferocious love in a time of dreadful loss on a planetary scale. As for Rachelle, she is in China now, to teach and perform. But we will be back in your area for three performances at the end of October. Then Mesa Refuge in California, the Oregon coast, probably Fairbanks, and others.

Stay updated by following “A Call to Life,” a collaboration of climate action by Kathleen Dean Moore and Rachelle McCabe, on their website here.