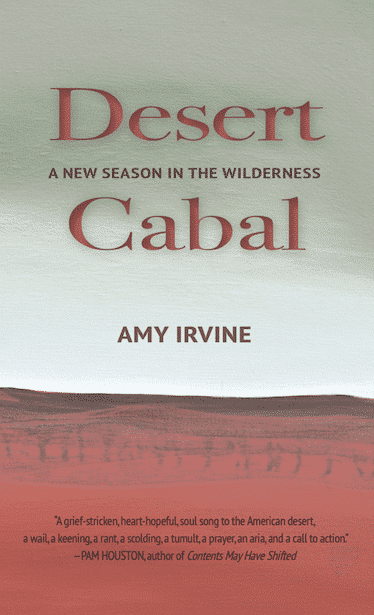 Amy Irvine is a sixth-generation Utahn and long-time public lands activist. Her work has appeared in Orion, High Country News, High Desert Journal, Rock & Ice, and Red Rock Testimony—an anthology that was instrumental in Obama’s establishment of the Bears Ears National Monument. Her memoir, Trespass: Living at the Edge of the Promised Land (2008), received the Orion Book Award, the Ellen Meloy Desert Writers Award and the Colorado Book Award—while the Los Angeles Times wrote that it “might very well be Desert Solitaire’s literary heir.” Irvine teaches nonfiction in the Mountainview Low-Residency MFA Program at Southern New Hampshire University. She lives and writes on a remote mesa in southwest Colorado, just spitting distance from her Utah homeland.

NT: Tell us about your very first encounter with Edward Abbey’s work?

AI: My senior year, after a bad breakup and too much partying to cope, my history teacher gave me a copy of The Monkey Wrench Gang and a map to get to my first redrock slot canyon. He told me not to come back until I had found a bigger reason to live. Reading that book, I saw my Utah homeland anew: I could protest, resist! On behalf of wild places and creatures! How fortunate, I felt—to embrace this right, this responsibility. To stand with others as an active citizenry, a cabal.

NT: In Desert Cabal, you wonderfully navigate both your reverence for Abbey’s influence in your life, activism, and writing, while also calling out his blindspots. Structurally, how did you pull this off?

AI: In an age of extreme dualities we must be rigorous in holding more than one truth at once. It’s true that Abbey’s life and work have been (and still are) invaluable to our efforts to protect wild spaces. It’s also true that his life and work (especially now) are far too privileged and exclusive to help us garner widespread support for sweeping land conservation. So the writing came from doing my best to hold multiple truths while acknowledging my own privileges and excesses as an upper-middle class, able-bodied, white woman. My goal was not to take Abbey down, but rather to make space for other voices and relationships to the natural world.

NT: You are writing this book to Abbey’s ghost, in second person. Did you have an image or photo of him at your desk as you wrote?

AI: Hell, no. As a woman whose upbringing was far too steeped in Utah’s uber-patriarchy, I cannot afford any gesture or token that tips toward white male idolatry—which Abbey most certainly represents. To this end, I used second-person as a retort to his distant, third-person treatment of women. Where he objectified, I subjectified.

NT: You often reference relationships, eco-erotics, and fidelity. Connect the dots between lovers and land intimacy.

AI: Abbey invoked not only a sensual communion with the desert, but an outright carnality. I’m not opposed to this choice—to lean into the animal body is to be absorbed by the natural world. This is a place of arousal. And once we are this open, this awake, we fall in love—but not in some small romantic way. The land demands that we grow our hearts. The ecology of desire and devotion is panoramic. 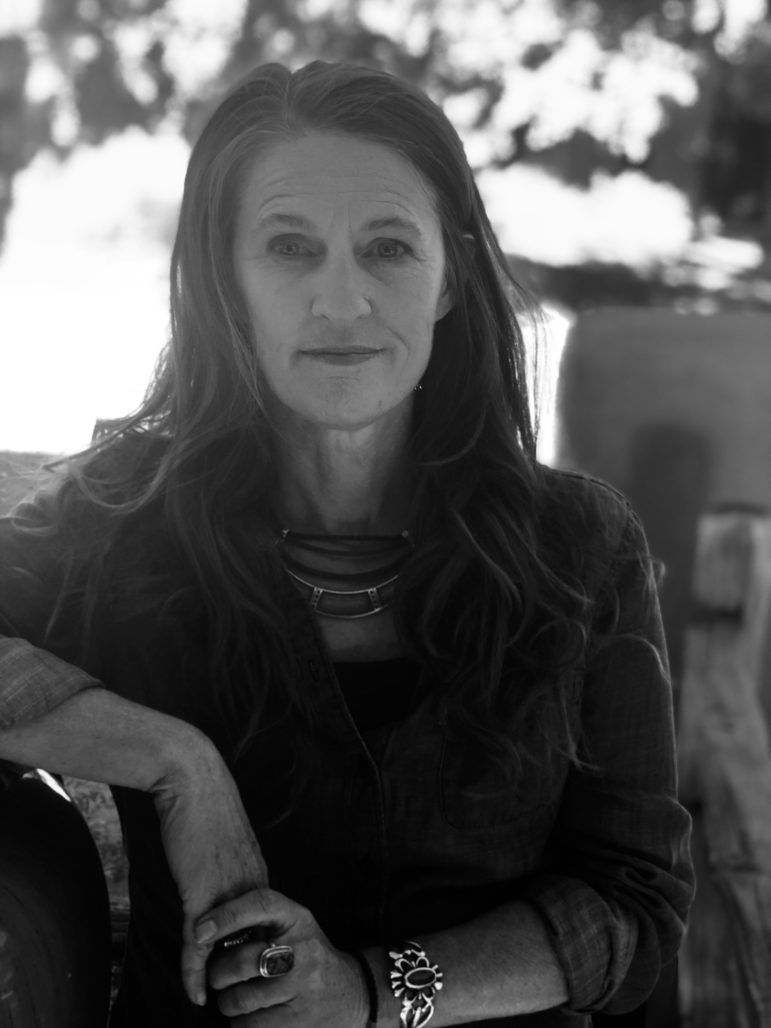 NT: I’m drawn to the idea that by monkeywrenching, by standing up against extractive, penetrating forces, you are expressing a sort of fidelity to the land. Explain this more.

AI: At this point, monkeywrenching, as delicious as the thought is, lacks fidelity, as it deepens the divisions between the extractors and the protectors. It’s a swift, fleeting gesture. Fidelity is the backbone of marriage, and in our conjunction with a place, we must act in ways that endure. This means reducing our carbon contributions—every single one of us in a radical way. What if we each took a vow of environmental chastity? Could we be faithful enough to turn down the weekend fling with the wild—to put the survival of a place above satisfying our pleasures? Can we love it enough to…gulp…stay home? The very thought is heretical, isn’t it?

NT: In Desert Cabal you posit that the lone wolf, wilderness warrior archetype might be overdue. In an era of fractured experience—climate refugees, political division, species loss—what practices might bring us together?

AI: More than ever, we must refuse to point the finger. Every one of us is complicit in loving wild places to death, in adding to the climate crisis. Example: most desert defenders loathe cattle grazing on public lands—and yet so many of us adhere to the paleo diet! This, despite knowing that the consumption of animal products is one of the leading causes of climate collapse. The question should not be “how dare they?” but rather “what is my part?”

NT: “To love any more deeply is to love in a way that devastates.” You invite us not to be mere voyeurs of the wild but instead dive deep into the core of a landscape—exterior and interior. What does that look like in your daily life?

AI: I live off-the-grid in the very arid Southwest, where drought and fire are now constant. Every bit of dishwater is carried outside and poured over sagebrush, yucca, and pinion. We buy most of our food from our neighbors and most days I work at home in my pajamas. We shower twice a week and recycle and all that, too—but it’s not enough. Every day an inventory is taken—the search for places where our family can exercise more restraint—and where we can do it with joy, humor, and a sense of generosity. It’s tempting to turn away from the impotence one feels when staring down the barrel at a swiftly failing planet—knowing you are helping to pull the trigger. In order to do your part, you have to be willing to live with a troubled heart.

NT: White man goes into wilderness alone. Writes about it. Becomes legend. So much of this popular prescription excludes large portions of the country’s population, for which access is either unavailable, financially less feasible, or unsafe. Can you say more?

AI: Abbey’s take on wilderness was a useful construct at a time when the nation needed to lay the brakes on Manifest Destiny. But his views were just as colonialist. The way he wrote about wilderness normalized what was actually a narrative about white male privilege and dominion. He wanted “to know it all, possess it all, embrace the entire scene intimately, deeply, totally, as a man desires a beautiful woman.” His view of the land is only one of many, and it’s a modern one. The earliest of our kind encountered the wild in groups—as hunters, migrants, and explorers. To go it alone was to dance with madness or death.

NT: Yes, solitude is important. But then we need to come back, to cultivate an intimacy with the needs of both place and people. After writing this book and exchanging such great dialogue with Abbey’s ghost, what’s your main takeaway for readers?

AI: If we truly want to develop broader constituencies to preserve the last wild places, to arrest the cascade of mass extinctions, and stem the howling tides of climatic and cultural refugees, we’ll have to make room for other stories and experiences and learn to understand how they intersect with ecological concerns. No longer can we speak of wild places as if they exist in a vacuum—as if they are mere surfaces for recreation, or projected aesthetics, or even temples of spiritual sustenance. We are now talking about the need for large, intact ecosystems for survival. Whether you disagree with Abbey or stand firmly with his disciples, the end game is here. There’s no time to quibble. Let this be our moment to shine more brilliantly, more humanely, more wildly, than we ever have before.