The Summer 2020 cover photograph was taken by Anuar Patjane Floriuk, an anthropologist, photographer, and diver born and raised in Mexico. His photographs have won many awards, including the World Press Photo Award (second place, 2016), the National Geographic Traveler Photo Contest (first place, 2015), and the Cannes Bronze Lion (2018). We connected with Anuar to learn more about the photo’s backstory, and about his love for the sea.

Can you tell us the story behind the Summer 2020 cover image?

One of my all-time favorite places for diving is the Sea of Cortez, Baja Sur, Mexico, and my favorite spot there is Cabo Pulmo. Every year I go there and it just keeps getting better and better. The variety of species is constantly increasing. The cover image was taken during one of those visits to Cabo Pulmo in 2017. The school of fish are bigeye trevally and the diver in the image is Martin Estrada, a friend and underwater guide from the region.

So there’s a success story behind this cover, that overfishing had previously destroyed the reef in Cabo Pulmo but then it recovered, and with it, the fish populations. Do you often find hope reflecting back at you underwater?

As a diver, the sea provides a beautiful and powerful energy, and the hope is that my photography reflects that back to the viewer. I believe we can be hopeful and expect the best, but we should always prepare for the worst. We’ve seen a reduction in hunting for cetaceans (whales, dolphins, porpoises) in the last few decades, and marine protected areas have increased in the last decade. We’ve achieved great momentum in reducing plastic waste. We’re going in the right direction on those issues. Environmental discourse is finally beginning to consider racial, class, and ethnic disparities, issues that are interrelated but that had been set aside by mainstream environmentalism. I have a lot of hope for how that will evolve.

But to be honest, I’m also worried. I’m worried about this new trend in political agendas worldwide. I don’t see our politicians expressing much interest in protecting the oceans or the environment at all. Somehow demagogy is winning over reason. 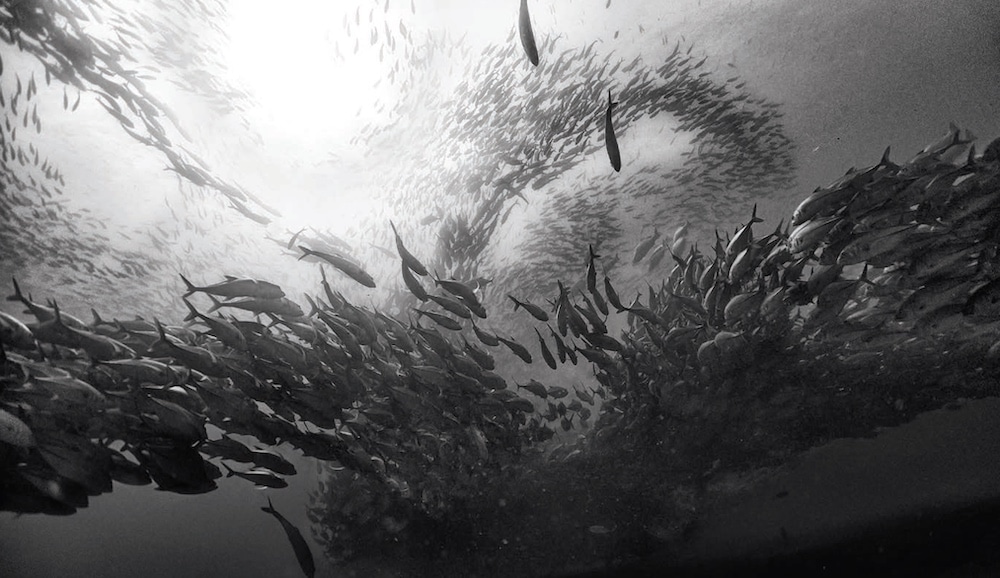 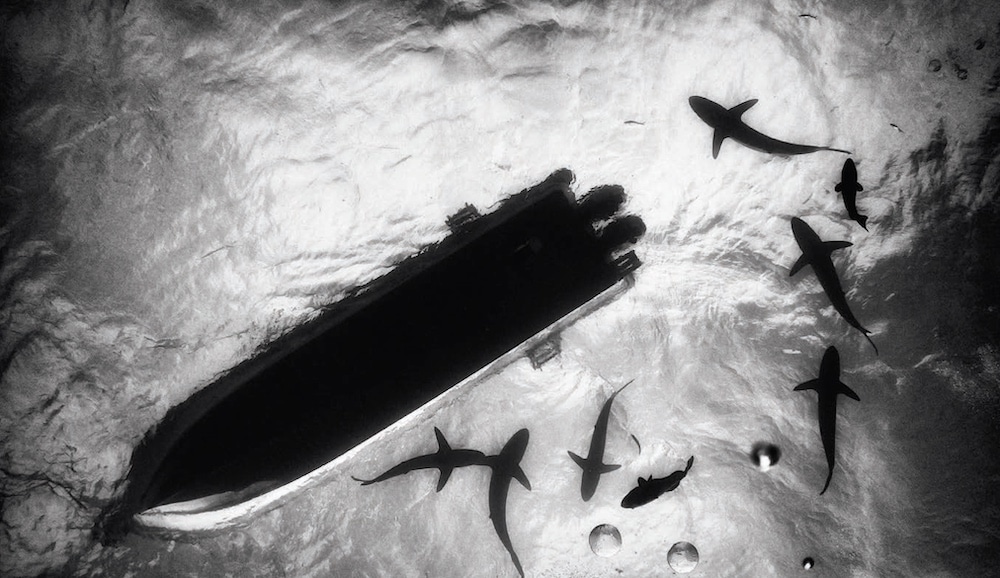 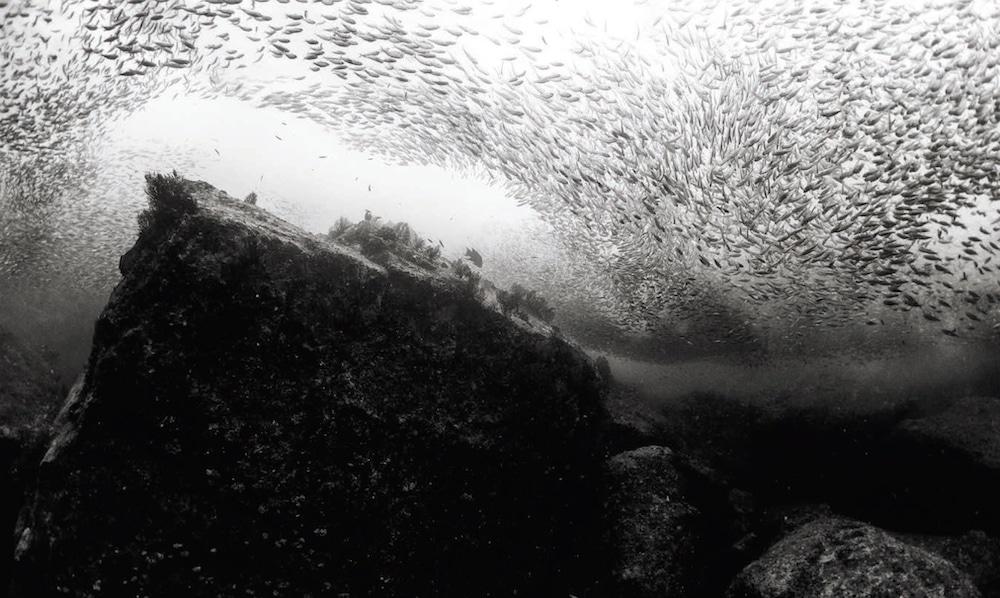 Do you remember the first photo you ever took?

I have a photograph in my first photo album that’s dated more than thirty years ago, when I was around eight years old, so perhaps that’s the first. It was of the ocean—surprise!—at a beach in Veracruz. Ugly photo but a bit prophetic. Thirty years later, I’m photographing mostly underwater.

I read somewhere that your mother was a marine biologist and that you’ve been diving since your early teens.

My mother forced me to learn to dive when I was seventeen years old. In 2012, I went on a diving expedition in the Galápagos Islands, and that’s when I really connected with the ocean and underwater photography. I love the calm of the ocean, but mountains also play an important role in my life. My hometown is near Pico de Orizaba, the highest mountain in México, so I visit that volcano often. Whenever I’m far from the sea, I climb. I like the desert too; its calm reminds me of the ocean.

What’s been your most terrifying or transformative experience while photographing our planet’s oceans?

I’ve experienced some scary events underwater but nothing too bad. It’s our own mind that creates the terror down there. Even the most dangerous situations can be fixed if we remain calm and follow procedures. Probably the most amazing thing I’ve seen while diving was an interaction between a humpback mother and her three-day-old calf, and how two orcas began hunting the calf. To witness the mother protect her newborn with such intensity, against formidable orca intelligence, really left an impression. 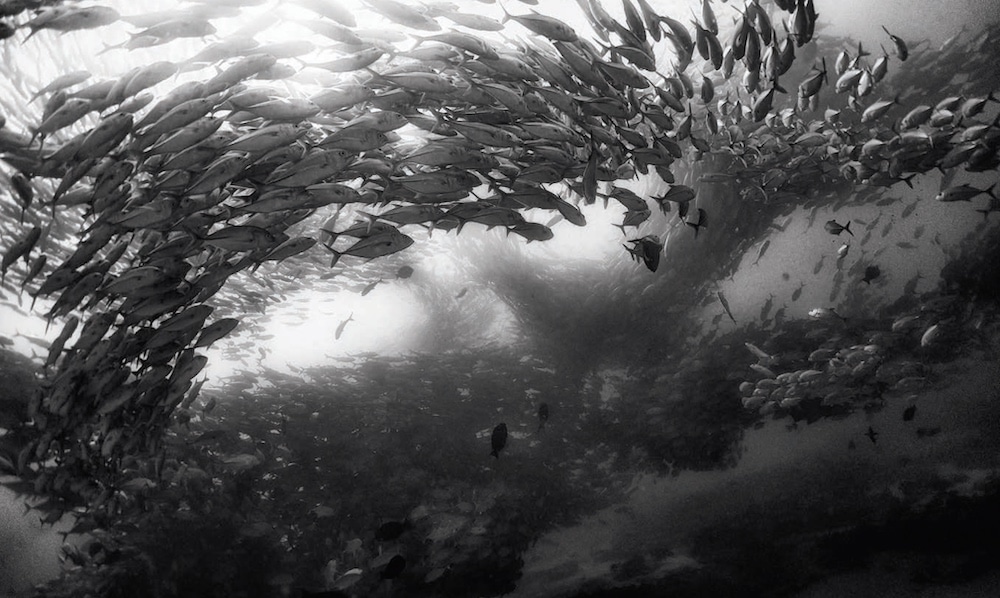 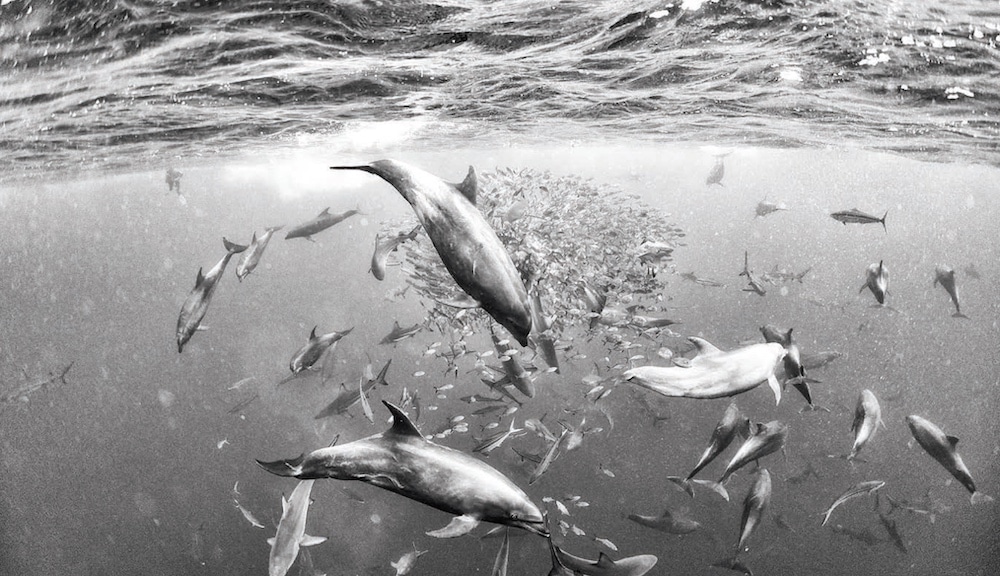 How do you see your photography intersecting with ecological awareness?

The right photograph with the right story can change things, for better or worse, so why not use it to protect the places I love the most? I see this as a kind of reciprocity. After years of diving, it’s inevitable that you’ll create a strong bond with the ocean, and if divers don’t document and denounce what goes on underwater, no one will. Biologists and oceanographers do, but they can’t be everywhere. The more eyes we have down there, the better.

As is expressed on the Summer 2020 cover, whenever you choose to include a human in your frame, they appear to be rendered small and ancillary to the more-than-human world. Is that intentional?

Yes, you are right. In most of the compositions, humans are used for scale only, or to transmit the sense of being there as witness. Sometimes it’s just a silhouette of a diver. But when the opportunity arises, I try and use the human element to show the connection between us and the sea. After all, the sea is also our home. O