This excerpt is adapted from Raven’s Witness: The Alaska Life of Richard K. Nelson (Mountaineers Books, 2020). Richard “Nels” Nelson (1941 – 2019) was a long-time friend and contributor to Orion.

RICHARD AND I loaded the boat and pushed off on a chilly mid-September morning. As we cruised up Glacier Bay, gray clouds thinned into a rare stretch of fall sun. Late afternoon, we nosed onto a beach and made camp in the treeless, deglaciated terrain. Glistening bergs drifted past on the ebbing tide. Soaring peaks bristled with fresh snow. We’d not seen another boat all day. As Nels had unpacked his recording gear, he handed me a pair of headphones.

“Put these on,” he said. He then gave me his parabolic dish – an unwieldy salad-bowl-shaped thing with a foam handle mounted on the back.

“Hit this to listen,” Nels said, pointing to a button on the recorder he’d slung around my neck. “Enjoy.”

I stepped down the beach, pushed the button.

The gravel under my boots became a rock slide in my inner ear. Two-inch waves lapping against shore exploded like giant surf. A gull drifted over the cove, clucked once, and filled my skull with sound. I eased forward, slow and gentle, aware of each grinding, shuffling step. That giant bionic ear transformed the afternoon into an expansive auditory hallucination – cackling ptarmigan, yodeling loon, hissing barnacle, slippery pop of seaweed under foot.

It was early evening when the batteries died. I slipped off the headphones and stood in a world I thought I knew. It was like being gifted the miracle of glasses after decades of lousy eyesight. Amplified through an exquisite microphone, vague sounds rang crisp, hushed whispers washed clean. How was it that I’d been in Alaska my entire life and never paused to fully listen? 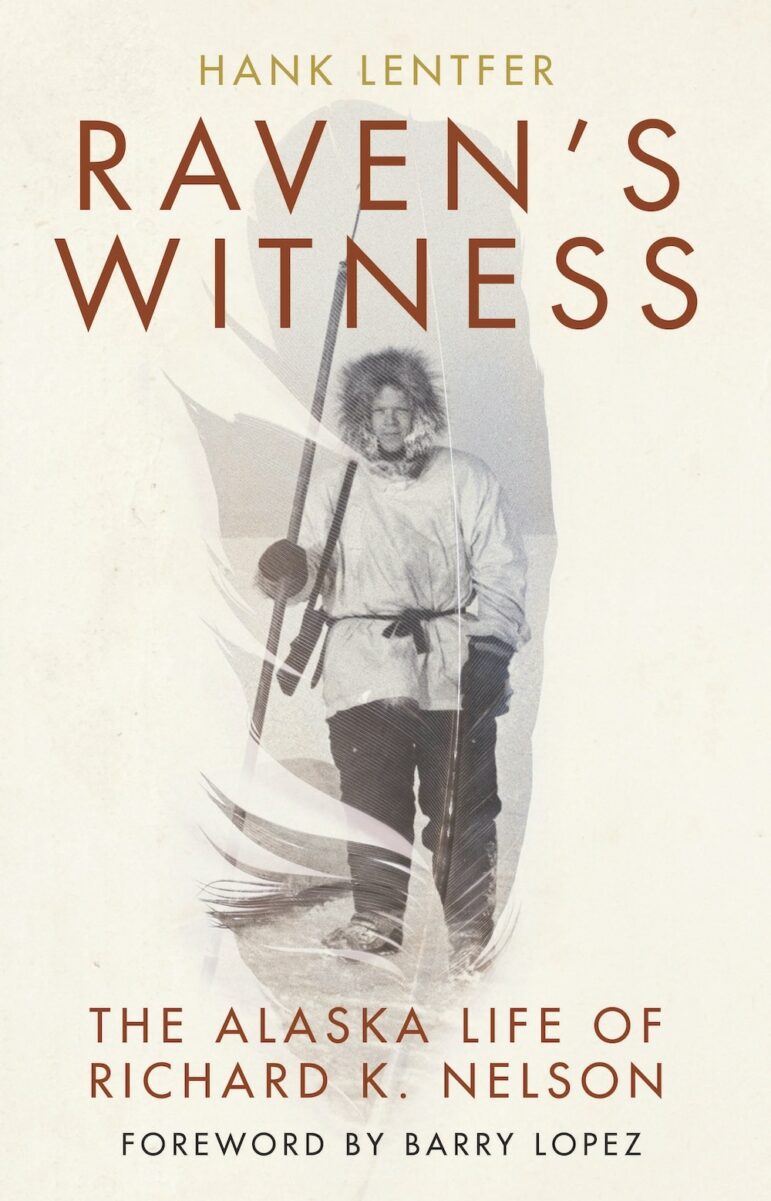 Walking back to camp, my senses, even without headphones, remained tuned to rustling leaves and whistling wings. My ears were not broken, I realized, just clogged with a lifetime of neglect. I felt regret for all I’d been missing, elation for all I might yet hear.

Nels was staking the tent when I returned.

As soon as we got home, I ordered recording gear of my own. Richard and I spent much of the next ten years camping together. We’d pitch our tent in the quietest, most animal-rich spots we could find. We’d clamber out in the pre-dawn dark, clamp headphones over our ears and head out to give the morning a deep and proper listen.

Evenings, stories rose with the sparks of our smoky, beachside fires. Richard spoke of wintering on the Chukchi coast when dog teams were still the center of Inupiaq economy. He talked of the transformative years of living with Koyukon Indians moving through a forest of eyes. He babbled with rapturous enthusiasm about the spiraling notes of hermit thrushes and echoing calls of loons.

A few months before he died, Richard and I sat together in his Sitka living room. The cancer, settled into his bones, tinged our time together with a precious nostalgia.

Richard gestured at the room, asked if there was anything in the house I wanted.

“The deer bone. That’s it.” I walked over and lifted the shattered and healed leg bone from his window sill.

In The Island Within, Richard described finding the bone while hiking with Gary Synder:

The deer must have lived a long time after its terrible injury. Long enough so the fragments knitted themselves together, as if liquid bone had seeped into the wounds and solidified as a porous, bulging, convoluted mass. Though gnarled and misshapen, the fused bone seemed almost as strong as a healthy one. But the deer’s leg was considerably shortened and had a hollow ivory splinter piercing out from it. As I turned the bone in my hand, I marveled at the determination of living things, and of life itself, to carry on, to mend, and to become whole again after being torn apart.

I didn’t leave with the bone that day. Richard needed it for the hard months ahead. I returned to the house after he’d died. The bone now hangs on the wall inches from my left ear as I write. It’s a gentle reminder to keep seeking out the stories that heal, to keep asking: How do we widen our empathy to include strangers? How do we swell our affinity for community to include other creatures?

The stories of separation that got us into our current mess are not the stories that will get us out. We need stories that illuminate the truth of our connections – to each other and to this precious blue planet. We need to reject narratives of division. We need storytellers who blur boundaries, expand empathy, and stretch our capacity for caring.

Richard Nelson was an ear with legs. He spent fifty years keenly listening to Alaska’s Indigenous peoples and wild creatures. Along the way he gathered a bundle of stories worth hearing. O