LATELY I’VE BEEN TRYING TO THINK LIKE A PORCH. Trying to think between the natural and the human. Thinking how best to build during a climate crisis. I came across John Cage saying that progress in art “may be listening to nature.” He thought this activity could best play out on a porch, where we can hear nature’s symphony and then breathe our own masterpieces. Can we play our porches like instruments? So that we listen to but also learn from nature?

Doing this will take practice. Porches are good for that too. Charles Mingus played his bass all day on a Los Angeles porch, photographer Paul Strand carefully studied shadows on his Connecticut porch, and writer Marjorie Kinnan Rawlings wrote on her “veranda,” not far from where I am in Florida. 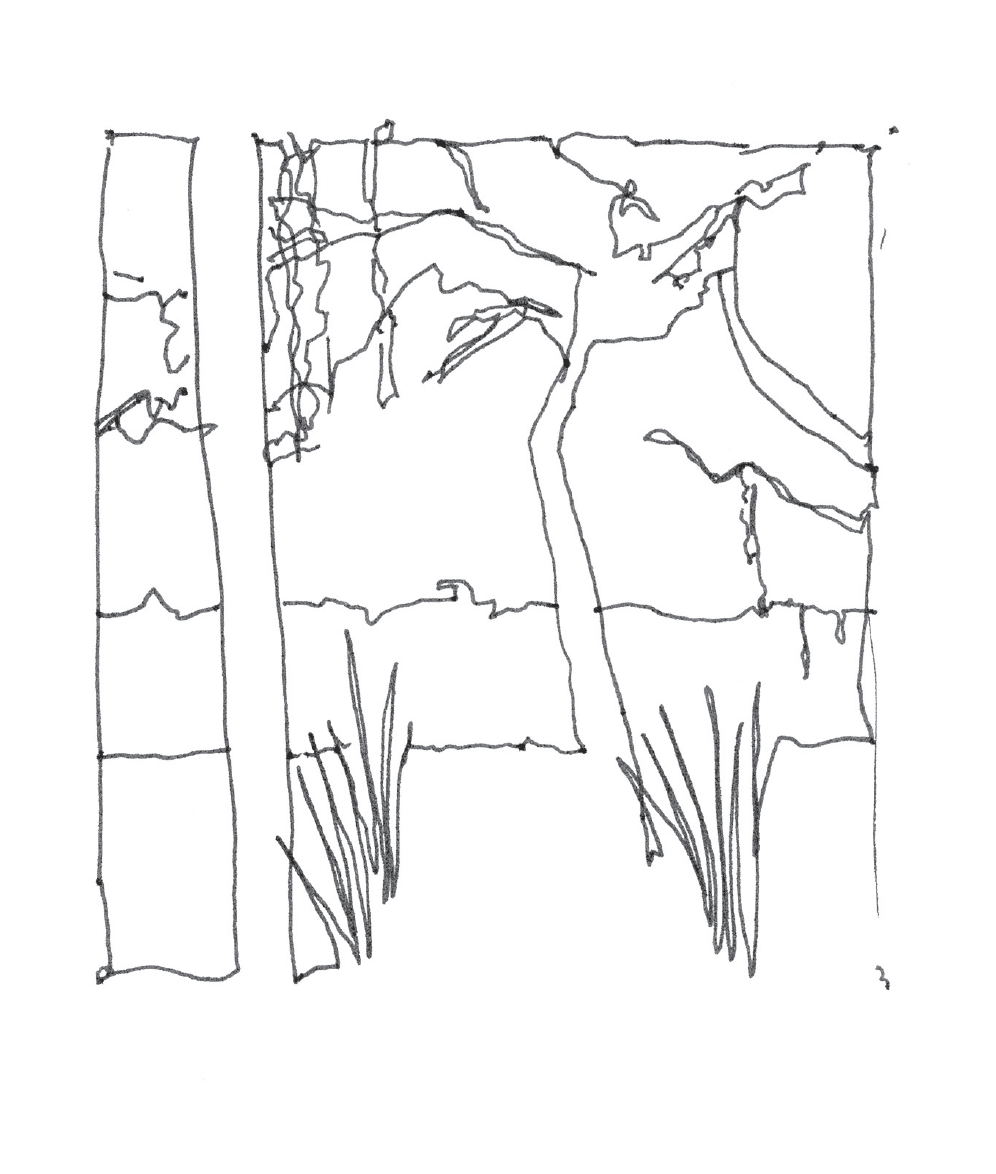 When we sit on a porch, we’re all engaged in some kind of creative practice. On my porch that overlooks a river, I sit, write, sketch, and wait for things to happen. When I look up at the reflected sunlight and shadows above me, I can hear John Prine sing: “You never know what you’re feeling until you watch the shadows cross the ceiling.”

What I’m feeling is that I’m worried about the future and sitting on a porch calms me down but it also makes me anxious, because here, on the house’s edge, nature tells how everything is changing. My imagination runs wild like environmentalist Rachel Carson playing what she called the hunting game from porches. She would listen to nature’s sounds and then either go out and find the source of the sound or imagine what she was hearing. I like how a porch is the jumping off point for both. It makes room for reverie and action, just as it tells stories of joy and urgency—a bright patch of blue sky alongside the undeniable change of climate. 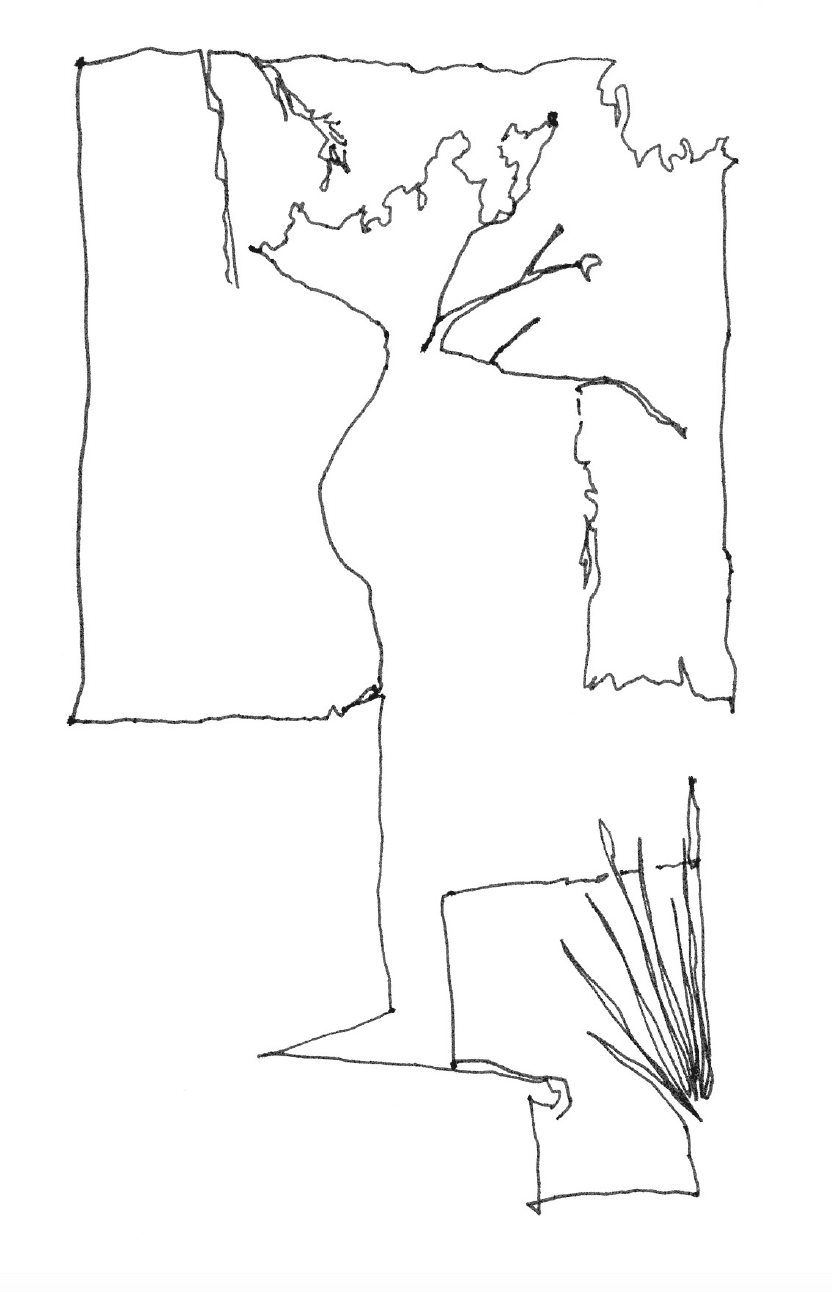 Before the pandemic, much of the news coming from porches was about pirates. Amazon packages arrived and porch pirates helped themselves. With its aging boards and tilting deck, my own porch sometimes feels like a sinking ship, so I was surprised that here in the U.S. we’re actually building more porches. The construction industry reports an increase from 42 to 65 percent in homes built with a porch. Although some are too narrow for a chair, much less a porch swing, and many are now equipped with video doorbells, these numbers point to the porch’s lasting influence. And 78 percent of millennials have said that a front porch is either desirable or essential. Even if this desire is more about the idea of the porch—its symbolism and nostalgia—and even if we think we spend more time outside than we do—it’s actually less than 7 percent of the day, this porch renaissance hints at our openness to the outdoors. It points toward nature. 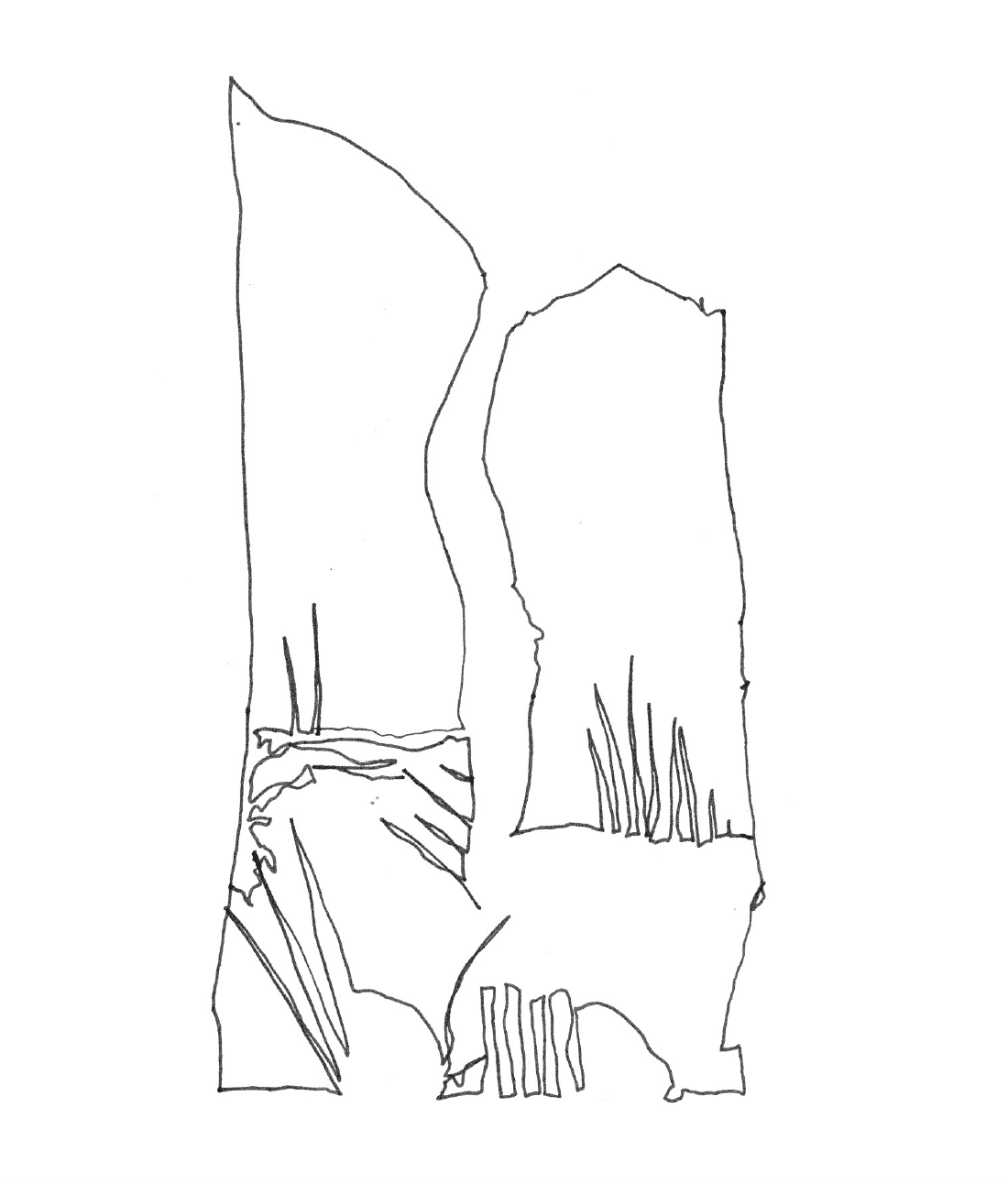 In the past year, many of us stepped out to the edges of our houses not just to gather up deliveries, but to breathe fresh air, watch neighbors, and maybe even talk to them. Porches became stages for impromptu opera arias and socially distanced jam sessions. Close enough for conversation but far enough for safety, front porches brought people together as if air-conditioning had never been invented.

On a porch, inside can feel like it’s outside. Some say they are the original social media. Posts regularly appeared on Facebook and Instagram with hashtags #porchtrait and #porchportrait with families happily posing for photographs that were public and at the same time self-reflexive. Private lives on display—curated surely, but unmasked nonetheless. 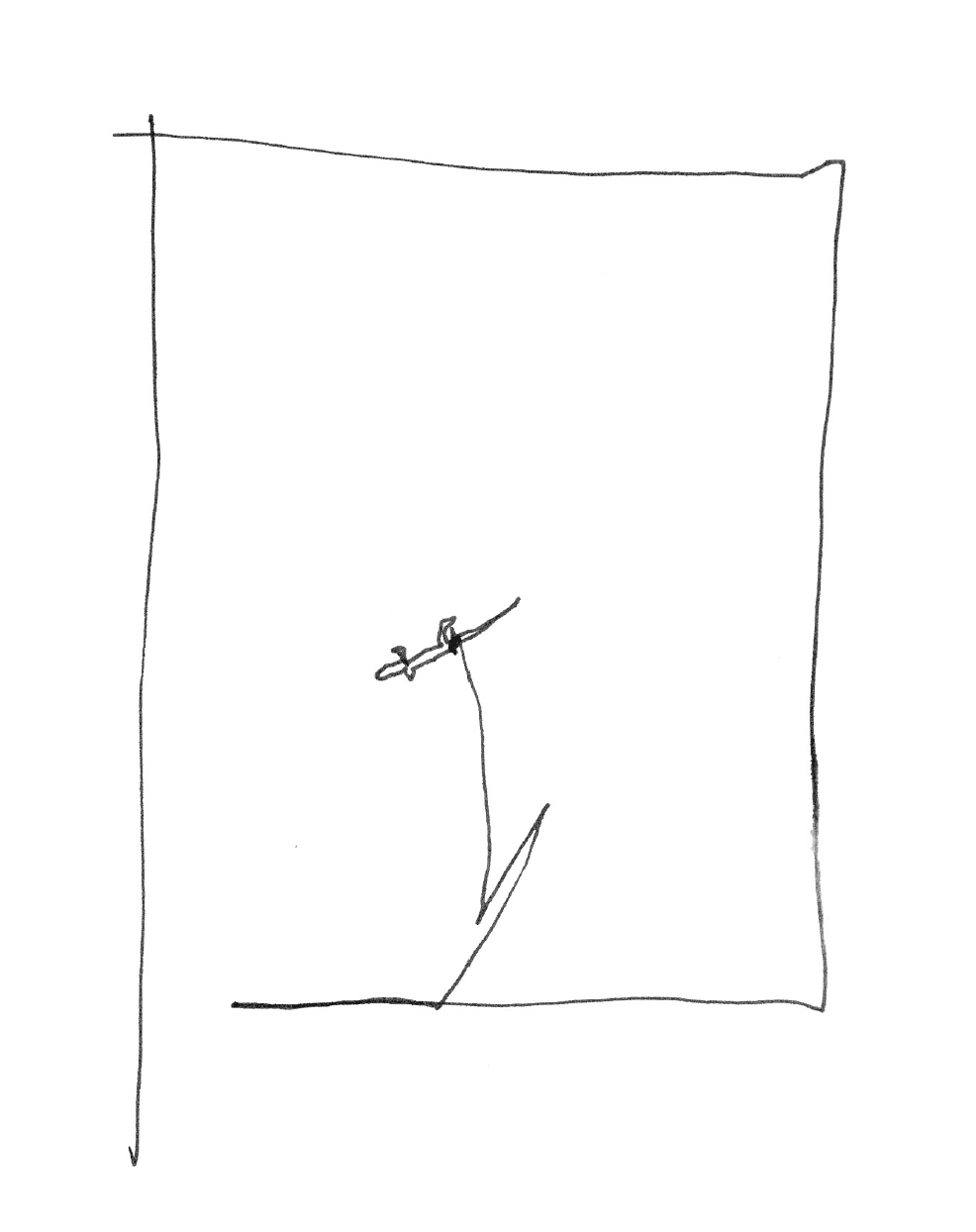 There is no better time to rethink the edges of where we live and what we build. It’s the perfect vehicle to get outside without leaving home. Porches invite nature in. Today, architects talk a lot about building sustainably, and few architectural elements embody the resiliency necessary for the Anthropocene like the porch. We can’t engineer our way out of the climate crisis, and we can’t stop building, but we need to think about building as repairing. In its early use, the word repair meant a return home, and if a porch can help bring us to nature, it should be our new home. 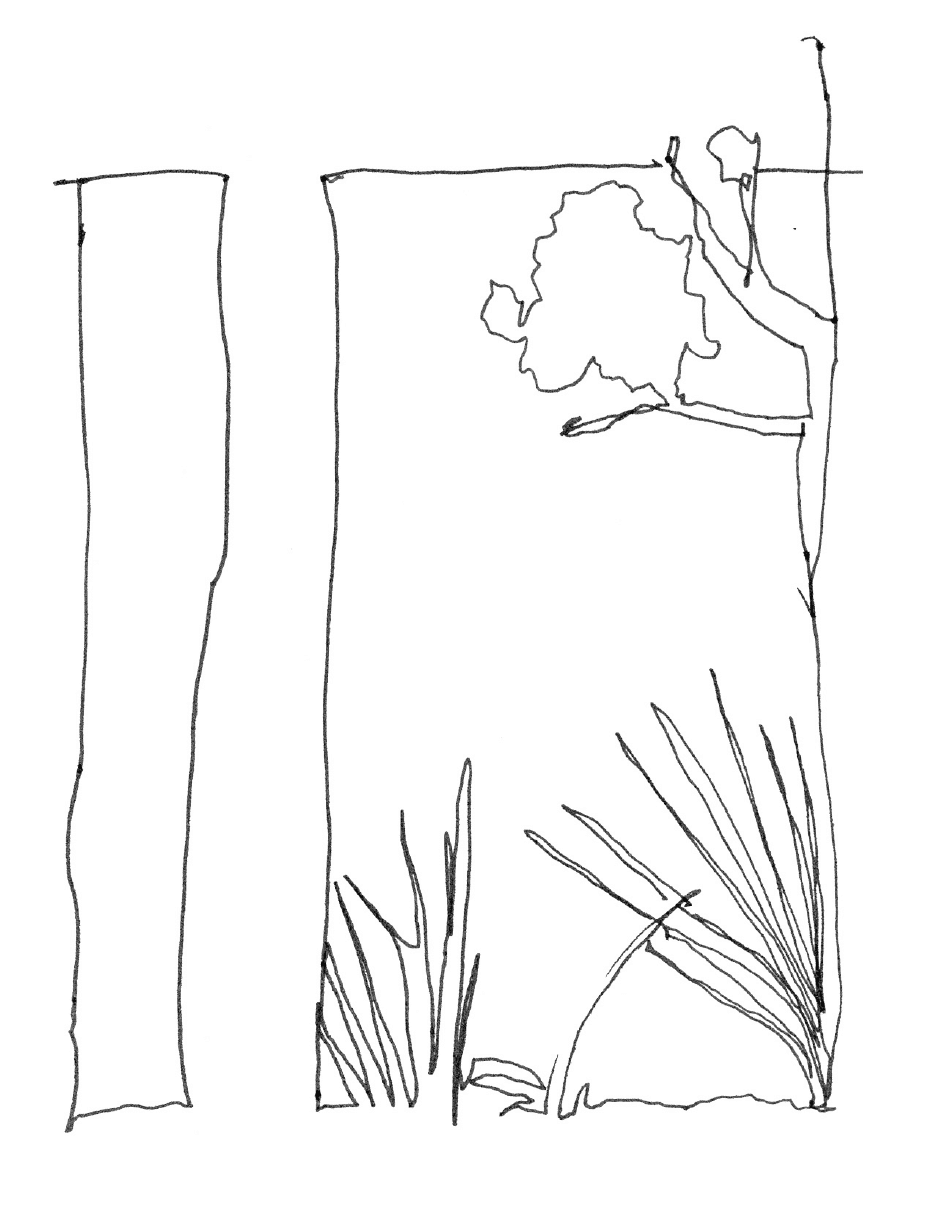 To think like a porch is to witness and to change our point of view. We don’t have to go far because stepping out on a porch brings climate change to us. Strand once said that the world is on our doorstep and artists can find inspiration in the nearest places. Flip that and we’re on the threshold of nature, with water from sea level rise lapping at our porch steps.

A porch is that place where we can stop thinking of nature from our perspective alone, but instead turn the camera on ourselves, take a #porchportrait from nature’s view, post it, and make the changes necessary to continue living on the earth. To think like a porch is to begin repairing our relationship with nature.

The Porch: Meditations on the Edge of Nature, by Charlie Hailey
(University of Chicago Press). Available now. 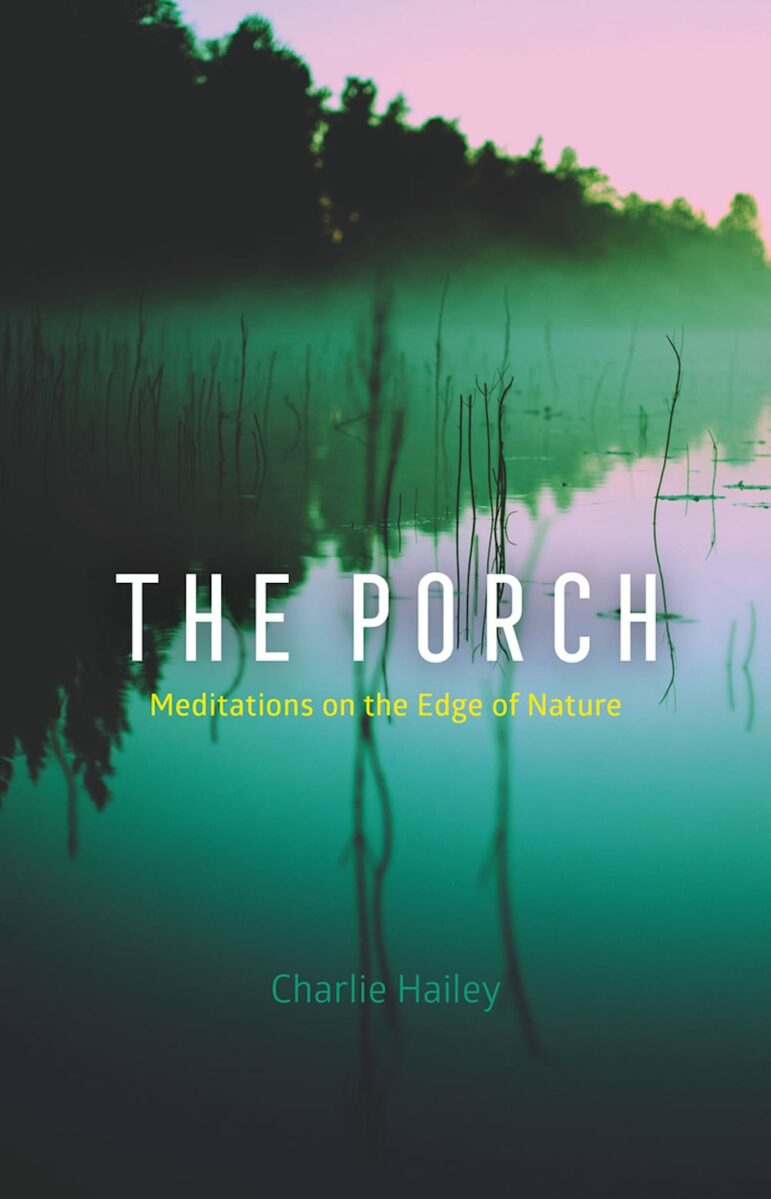 Charlie Hailey is an architect, writer, and professor. A Guggenheim Fellow and Fulbright Scholar, he is the author of six books, including Camps: A Guide to 21st Century Space and Slab City: Dispatches from the Last Free Place. His most recent book is The Porch: Meditations on the Edge of Nature published by University of Chicago Press in Spring 2021. Hailey teaches design/build, studio, and theory at the University of Florida, where he was recently named Teacher/Scholar of the Year.