CRYSTALLINE DROPLETS roll down the crowns of Ecuador’s cloud forest and into the folds of elephant ear leaves. Damp feathers ruffle below the flight of a white witch moth. Glasswing butterflies float through the vapor, intermittently visible. Above a clear, rocky stream, a tiny green tree frog perches on the belly of a leaf. Turning its minute snout toward the water, the frog lets out three chirps in the dark, struggling to make itself known.

The act of naming is never a discovery, but a description of what always was there, a sound connected to a thought in time. The heart within the translucent chest of the tiny frog by the stream beats with blood dating back 300 million years, long before the first utterance of human language. And until recently, it survived, like 86 percent of terrestrial life, without a scientific name, unable to break through what taxonomists refer to as the Linnean shortfall. 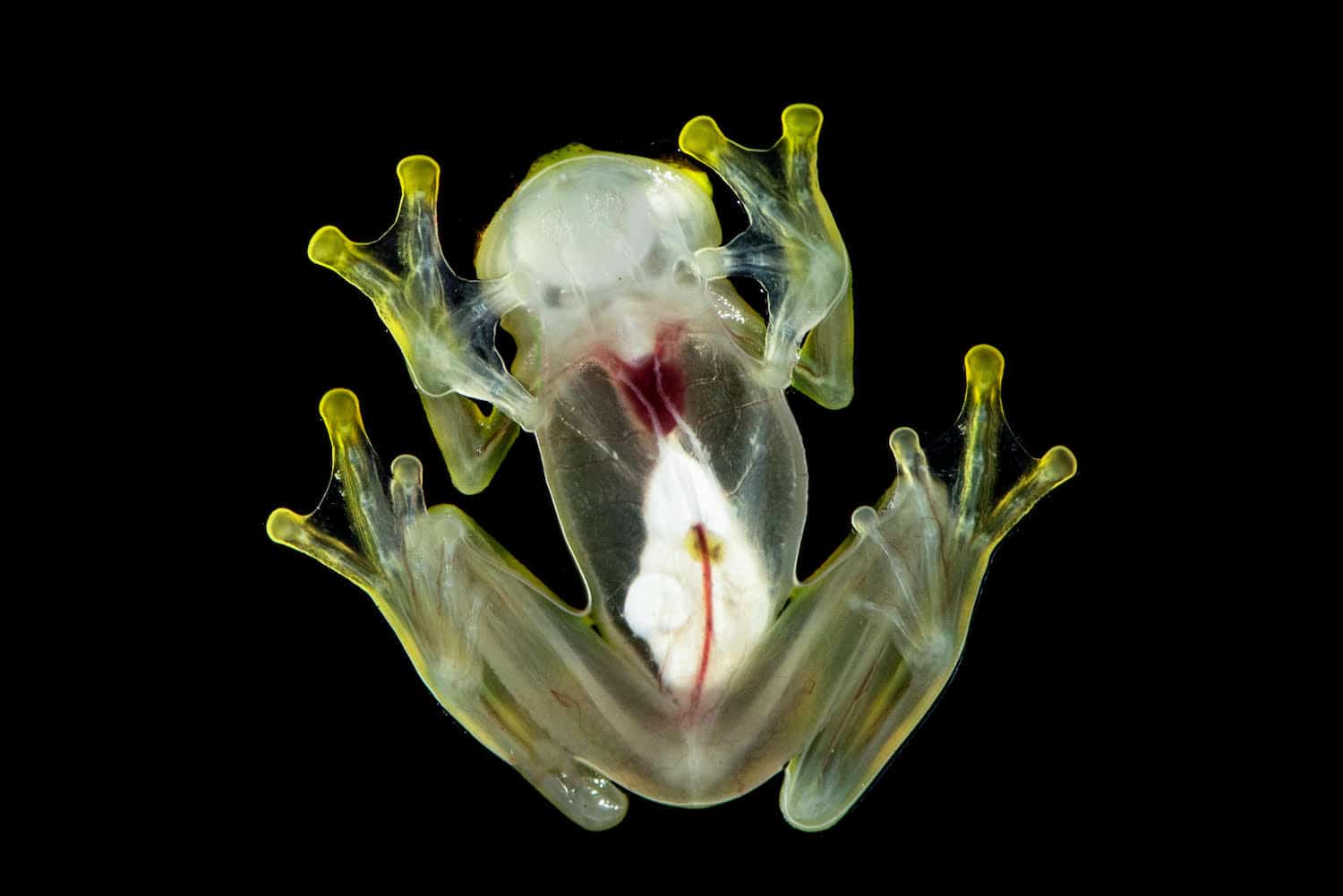 But language is how we light our way, how, as Neil Postman writes in The End of Education, “we make the world known to ourselves and how we make ourselves known to the world.” A name is a starting point for bringing the abstract into relationship, enkindling understanding. Without it, an organism cannot be formally assessed for extinction risk, cannot appear on the International Union for Conservation of Nature’s Red List of Threatened Species, and often cannot be protected. An entire species can flicker on the edge of life and disappear before we even know what to call them, slipping quietly toward extinction.

The word extinct, it turns out, derives
from the Latin exstinguere, “to quench a flame.” 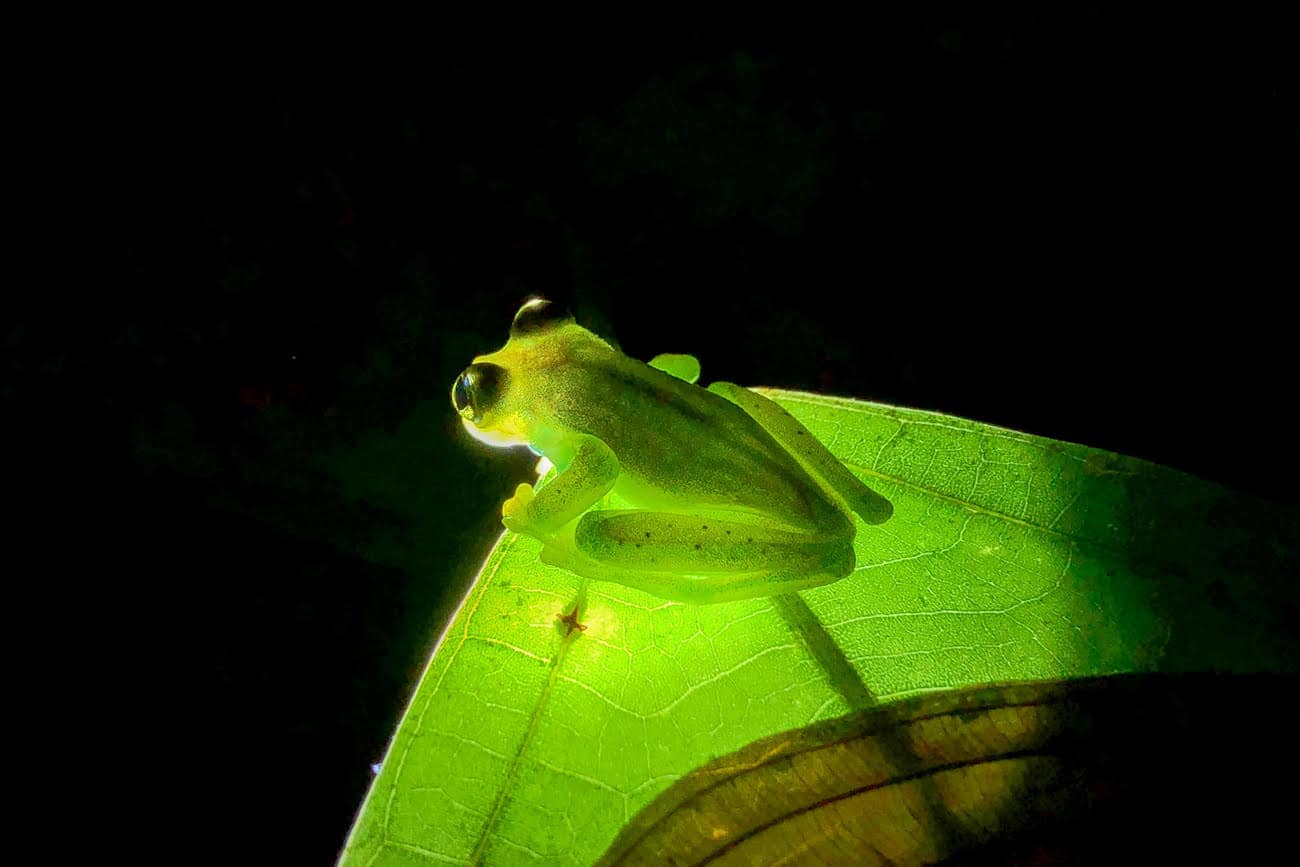 When biologist Carlos Morochz, one of a growing number of South American scientists recording incredible numbers of life, first encountered the unnamed tree frog in 2014, it sparked a process that involved a stakeout for seven nights every month, squinting at froglets and tadpoles in the rain, scribbling observations in waterproof notebooks. He and his colleagues from Quito took turns lugging an analog tape recorder to altitudes of thirteen hundred meters to capture their calls. Their calipers measured the width of webbing that fringes the frogs’ toes and the space between their nostrils. Later, back in the lab, they pipetted the frogs’ DNA into blocks of gel and mapped their home on the genetic tree of life. All to know: who are these creatures?

In the tree frog’s cloud forest, orchids drink straight from the air and waxy bromeliads collect clouds into pools of fresh water. Constant mists form a complex network of rain, streams, and waterfalls that filter through the silt into hidden aquifers. After a year entwined with this habitat, a name was chosen: mashpi. Combining words from Ecuador’s Kichwa, a local people of Inca descent, and Yumbo, a now-extinct tribe that once inhabited the cloud forest, the name means “friend of the water.”

Explore the science behind this Field Note: