Wayne Owen’s woodworking career started by necessity. He needed a way to distract the neighborhood hellhounds when he went out for a jog.

“I lived in a neighborhood that had, like, a hundred dogs,” Owen, a retired art director and artist, said, “and 99 of them wanted to tear me up every time I ran by their house.”

The solution came by way of the backyard: a piece of holly, hand-whittled for good measure, to keep the dogs’ mouths busy until their owners came to reign them in.

Soon, other runners in the neighborhood were asking for a custom running stick of their own. Then it was canes and walking sticks for friends and family. Then cutting boards, bowls, little statuettes.

Then, you know, hand-carved trophies for the PGA. And now, Orion.

In honor of its 40th anniversary, Owen was commissioned to create the trophies for the magazine’s two new award programs: The Orion Barry Lopez Award for Achievements in Letters and Environments and The Orion Jane Goodall Award for Inspiring Courage in Action. 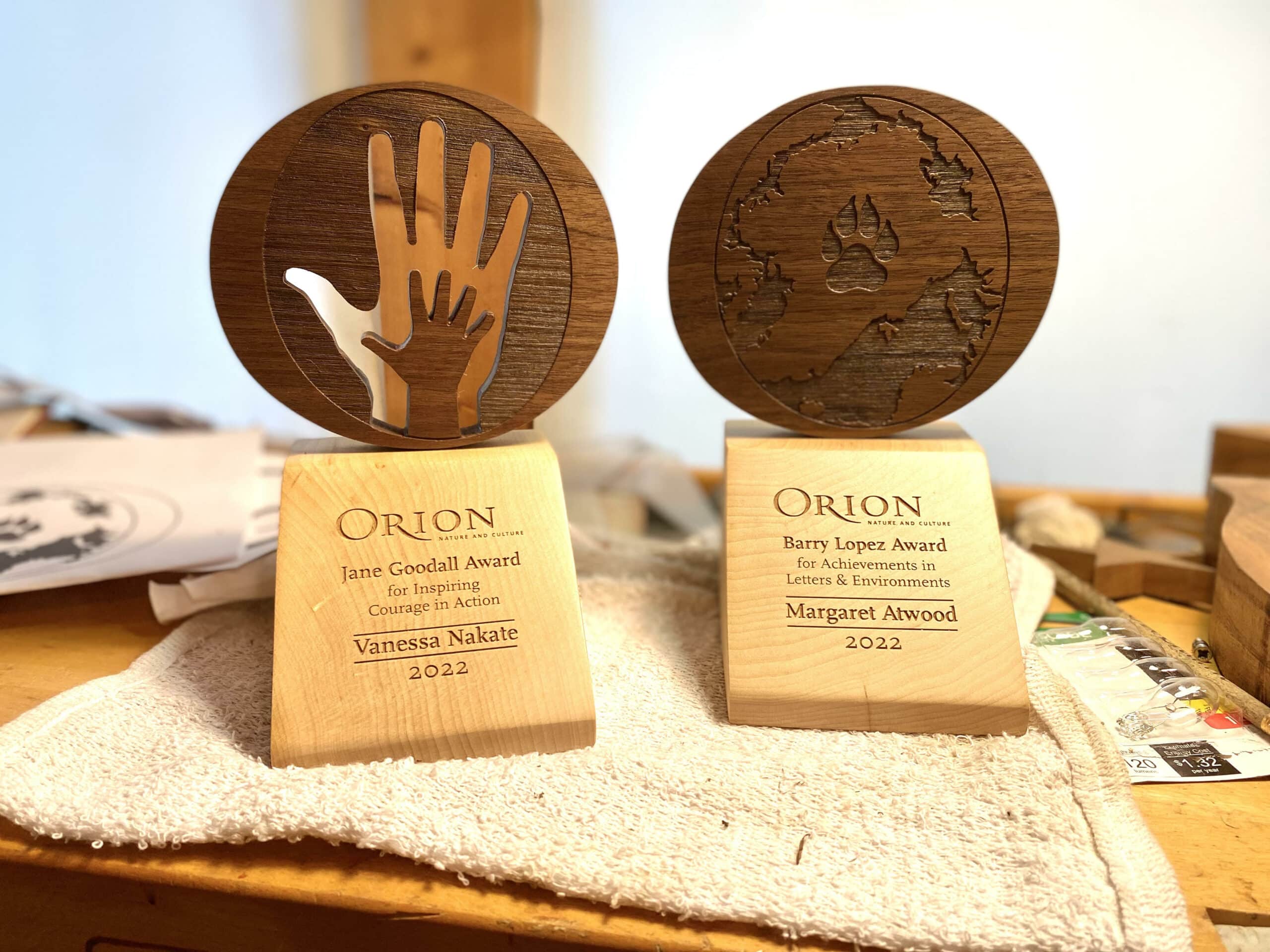 Much of the artistry in woodworking, Owen will tell you, is in the type of wood you choose. Grain patterns are art in and of themselves.

“I just fell in love with wood,” he said. “It’s incredible, the different species, and what the grain does.”

The decision behind making the Orion awards out of two types of wood—maple for the base and black walnut for the canvas—was two-fold. First, of course, came form and function. Maple is known for its durability and varied grain, while black walnut’s coloring positions it well for adding striking detail.

But second, and most important, is that both species of tree are not only common, but native to Orion‘s American Northeastern headquarters, making the awards sustainable by design. 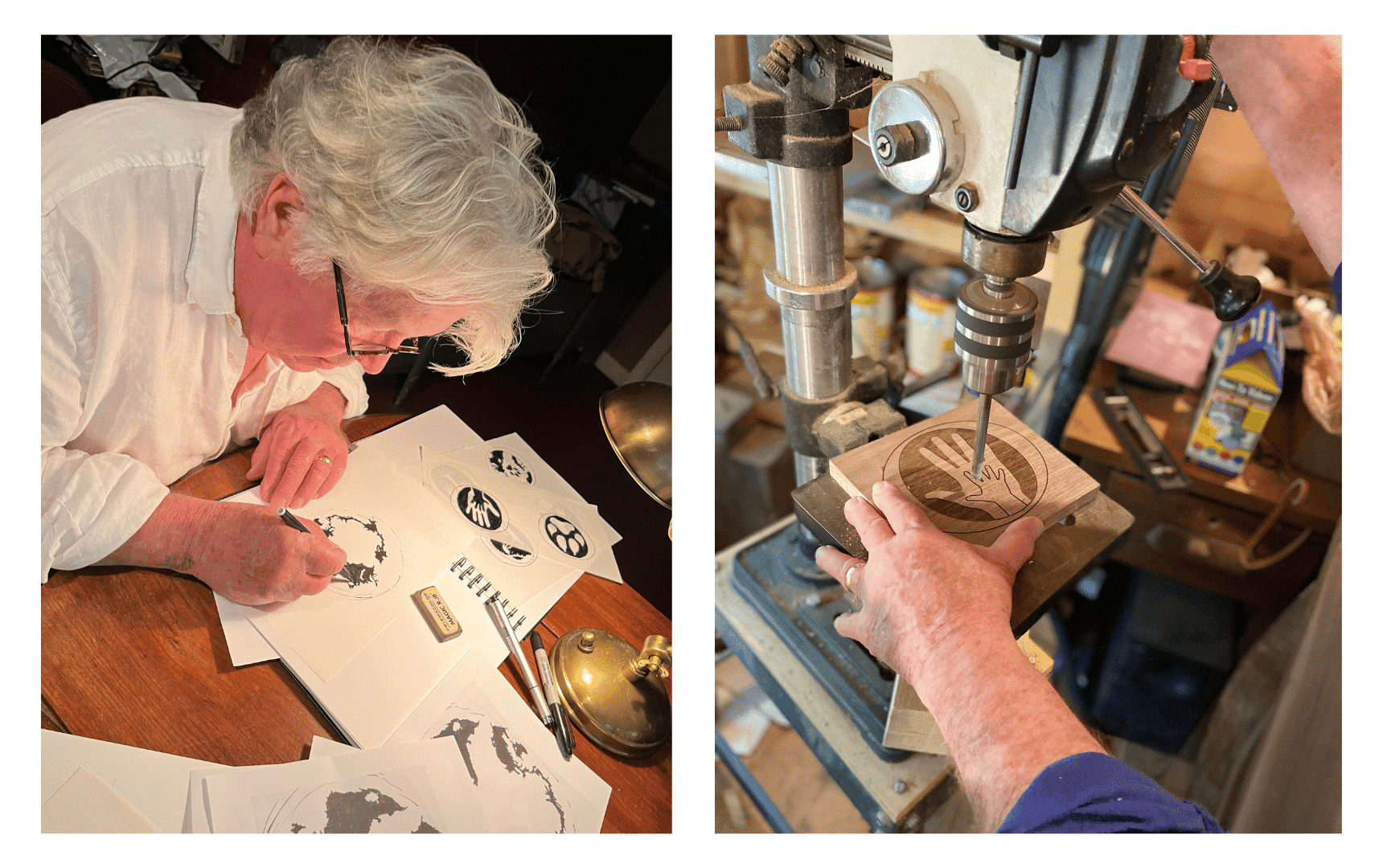 For the Orion awards themselves, the creation process followed a familiar formula.

Owen met with the Orion team to discuss the message they hoped each award would communicate. (For the Jane Goodall award, which in 2022 was awarded to youth climate activist Vanessa Nakate, that meant creating a design that would center youth and young voices. For the Barry Lopez award, given to writing giant Margaret Atwood, Arctic conservation, Lopez’s life’s work, would be front-and-center.) 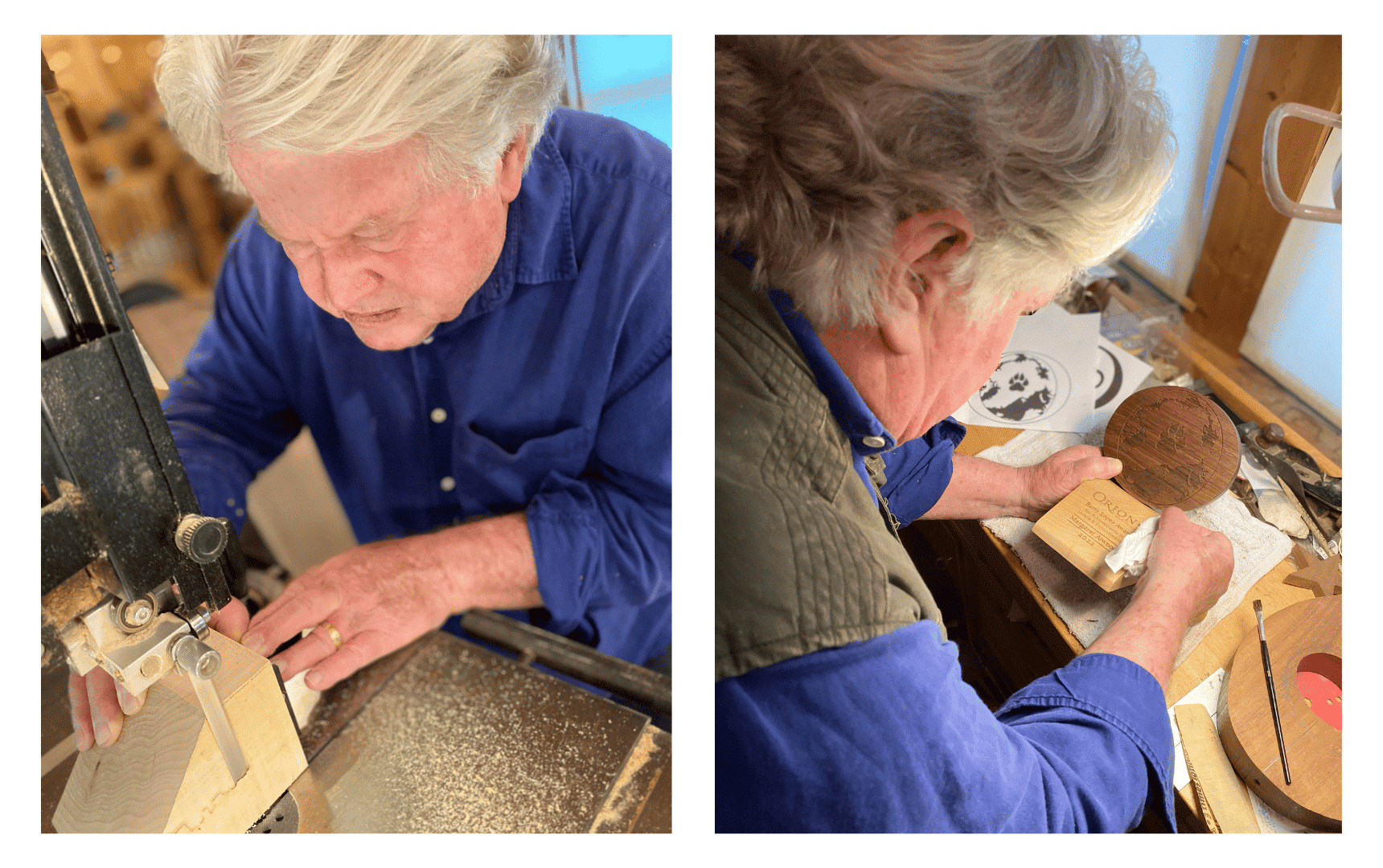 Step two marked the iterative process of sketching, resketching, and picking the material.

Then came the meditation of making—Owen’s favorite part.

“It’s a very spiritual kind of thing, to work with the wood,” he said. “I’ve paid a lot of money to be entertained, and to be less entertained,” but nothing quite does it like “sitting right there, whittling on a stick.” 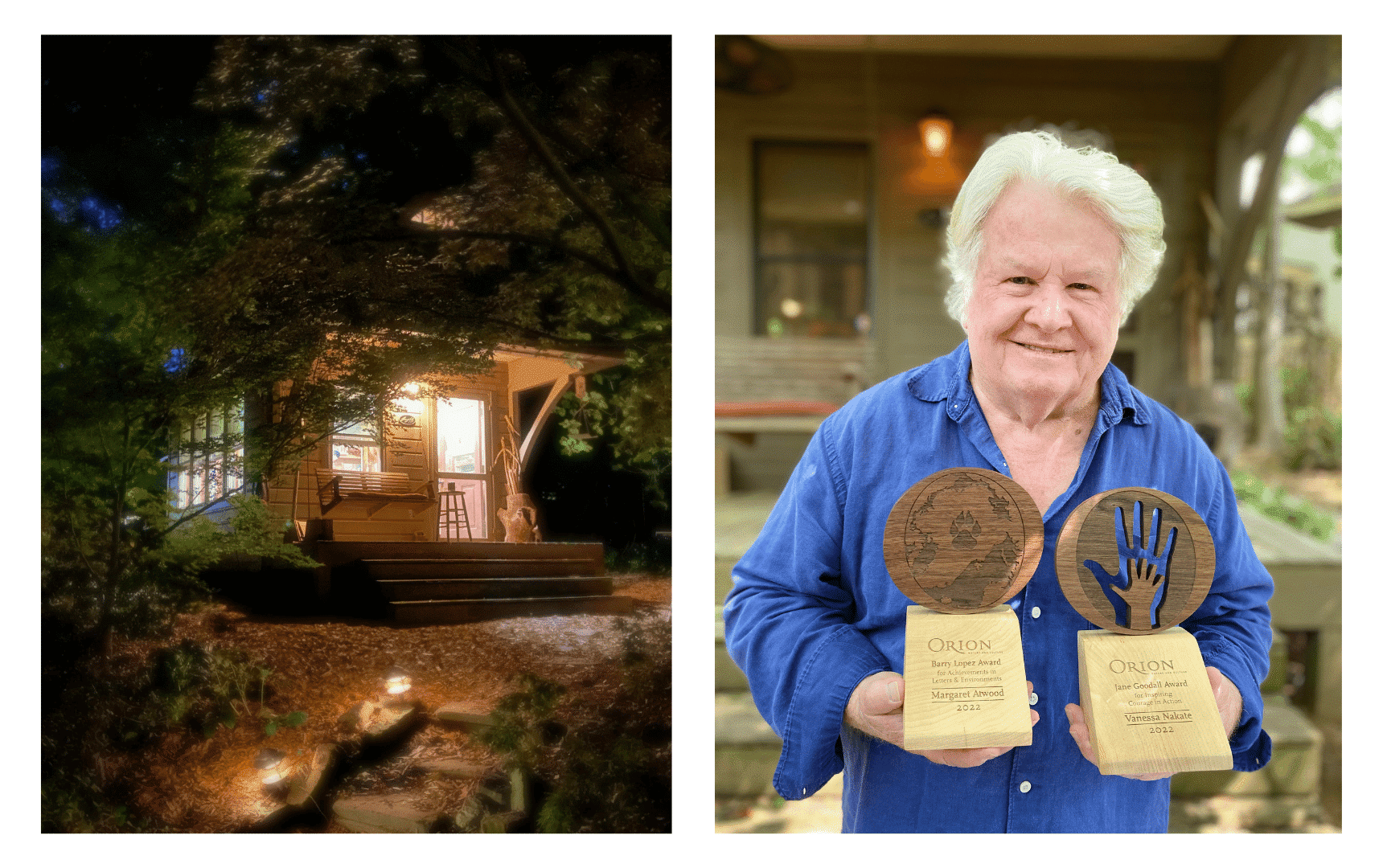 The awards will be presented to winners Vanessa Nakate and Margaret Atwood during Orion’s 40th anniversary celebration on June 14. Register to join the event right here.

Editor’s Note: A memorial garden is being cultivated on Barry Lopez’s estate. As part of this award program, current and future recipients of this award will select a native shrub or tree to add to the space. Margaret Atwood selected Philadelphus lewisii, or Mock Orange, for the first one.

The garden will be maintained by the McKenzie River Trust, who are working to keep Barry’s legacy alive on the property and offering support to those in the community still recovering from the Holiday Farm fire.