If you’re going to take on the power of the fossil fuel industry, you’d better know what you’re up against, and be prepared to count the costs. David Daniel — an east Texas landowner whose property was selected to be crossed by a section of the Keystone XL pipeline — didn’t really know what he was getting into, at first. In time, the fight in which he engaged would take an enormous toll on him and his family. He was bound to lose.

“Keystone XL” is a nickname used by the Trans-Canada corporation to refer to a multipart project that would deliver oil from Alberta, Canada, to points across the United States. When it was commissioned in 2010, it was meant to consist of four phases. Phases 1 and 2 were completed years ago, while Phase 4 — which was rejected by President Obama in November of last year, due to the dogged work of climate activists — would carry oil across the Canadian border to Montana, South Dakota, and Nebraska. The stoppage of Phase 4 represents a remarkable victory for the climate movement,but it doesn’t do much to limit the rest of the system, which is still in operation. In fact, some say that construction of Phase 3 was most crucial for TransCanada, as it was the segment that allowed the pipeline to reach the Gulf Coast and its ocean ports.

To finish Phase 3, Daniel’s property, and that of his neighbors, was seized under eminent domain — the government’s power to take private property for the public good — in this case by a private, foreign company, and even when, as Daniel once pointed out, burning fossil fuels is detrimental to, not in service of, American public interest. But proving his point would have required tremendous personal resources, on the order of hundreds of thousands of dollars, at least, in legal fees. Worse, in 2012, President Obama issued an executive order to expedite completion of Phase 3. It seemed there was nothing to be done.

Daniel found a different way to fight. Because the trees on his property would have to be felled prior to pipeline construction, he organized the building of an elaborate treehouse village — taking down the trees would mean taking down the human beings camped in their canopies. Several Texas college students and other neighbors, land-owners, and activists formed a group called Tar Sands Blockade to support his efforts.

It took approximately seven months to construct the tree village, consisting of eight platforms ranging in heights up to eighty feet, plus an aerial walkway that stood thirty feet in the air. Using ropes and cables, protesters could move freely without ever touching the ground. They sawed down limbs that extraction teams might climb, so they could hold their position as long as possible. The group had raincoats, flashlights, paperbacks, and homemade compost toilets; TransCanada had heavy machinery, manpower, and enormous wealth. Many stayed on the treehouse platforms even as tree-clearing equipment approached, at points seeming to threaten their lives.

Eventually, though, Daniel was threatened with a $500,000 lawsuit (and an implied increase into the millions of dollars) if he continued to protest; the tree village standoff continued without him, until crews clearing land for the pipeline went around it. Again, it seemed the fight was over. Phase 3 went operational in 2014, carrying some 700,000 barrels of oil a day. According to TransCanada, this is under contract to remain the case for eighteen years. The corporation appeared to get everything it wanted. Daniel lost. 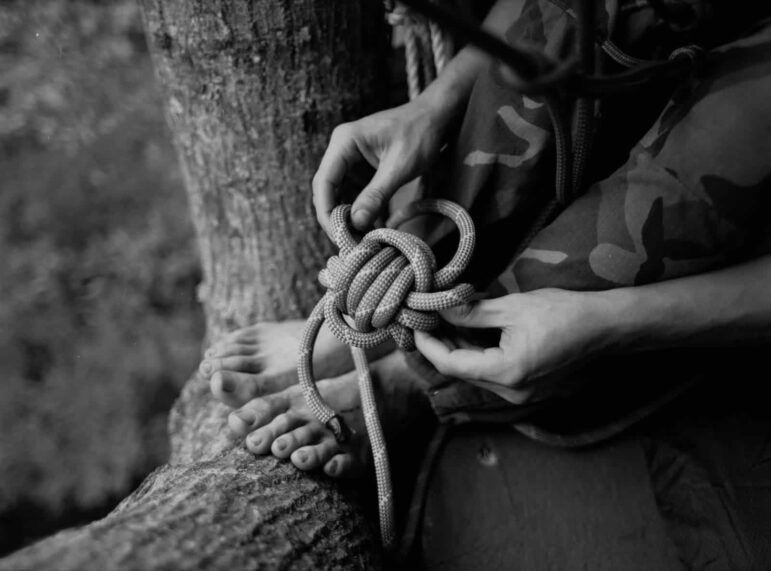 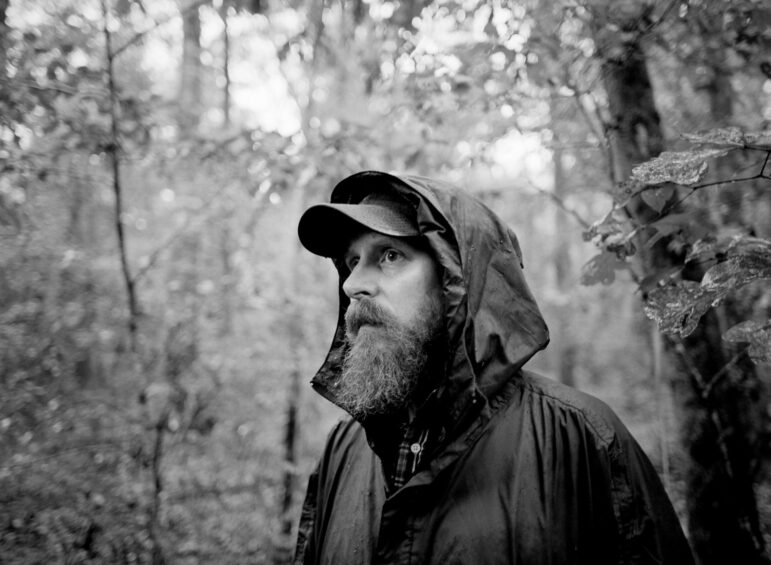 Above: David Daniel, an east Texas landowner whose property was seized for construction of the Keystone pipeline. 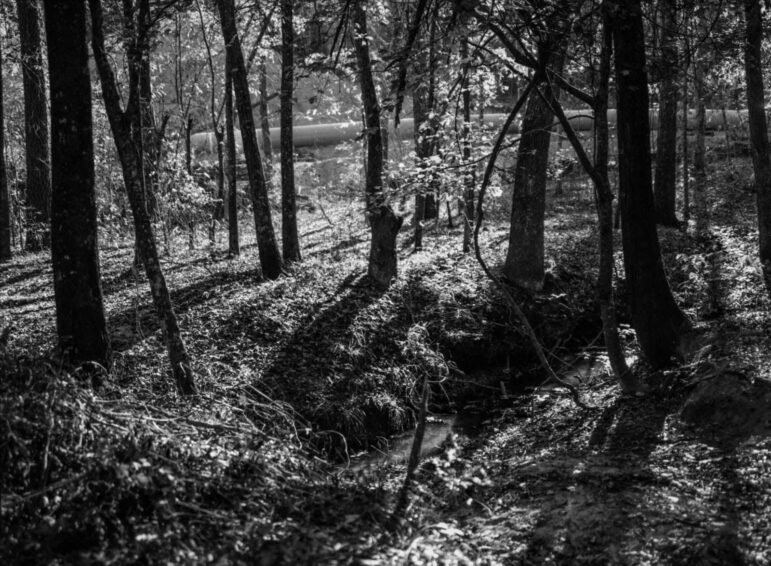 When David Daniel began his protest, among the major concerns driving him was not climate change, but his sense and even certainty that TransCanada was hiding information about the harmfulness of tar sands oil, and the relative safety of the pipes that would be crossing the land near his home. He worried about what an accident could do to the water, the forest, and his family.

According to John Fiege, a documentary filmmaker whose Above All Else focused on Daniel and the protests on his property, “For David, the political is personal, the environment is his backyard, and the future sits on his lap in pigtails.” Quickly, however, the fight became much bigger than his own family. “We all owe huge thanks to David, and to countless others,” says Bill McKibben, co-founder of 350.org and the most visible opponent of Keystone XL. “The front lines of the climate fight, sadly, are already littered with people who have paid huge prices for [an] industry that just won’t pay attention to common sense.”

For protesters, it may be difficult — but certainly not impossible — to imagine a life beyond dependence on fossil fuels. Many climate change experts agree that the problem is too abstract and long-term for the way human brains are “wired,” evolutionarily speaking. Many of us, it would seem, are not psychologically capable of grasping the enormity of a warming planet, and the extent to which it is already here.

Yet there is a growing number of people who can grasp the reality of climate change and whose resistance — like that of David Daniel and the Tar Sands Blockade — creates a sense of agency for other resisters, including those who successfully resisted Phase 4 of Keystone XL.

You could say that taking on a company with the size, resources, and power of TransCanada was a hopeless task. And Daniel has paid a steep price for his actions. He was labeled an ecoterrorist by the FBI and was required to carry ID on his own property, until a restraining order kept him off it entirely. His home and twenty acres of hardwood trees and streams were under twenty-four-hour surveillance, lit up with floodlights, patrolled by men with assault rifles, and circled by helicopters. You could say that even if he had won the battle to protect his own property, and perhaps that of his neighbors, the oil would have still found its way to the marketplace.

See a slide show with more images from this story at orionmagazine.org/multimedia.