HIGH ON A FORESTED MOUNTAIN in northern British Columbia, in the traditional territory of the West Moberly Dunne-za First Nations (WMFN) and Saulteau First Nations (SFN), Starr Gauthier is on patrol with a twelve-gauge shotgun slung over her shoulder and a laptop bag in hand. Starr is a Caribou Guardian charged with tending to the Klinse-za Caribou Maternity Pen built by these First Nations, as part of their effort to protect an animal that is vital to their cultures. 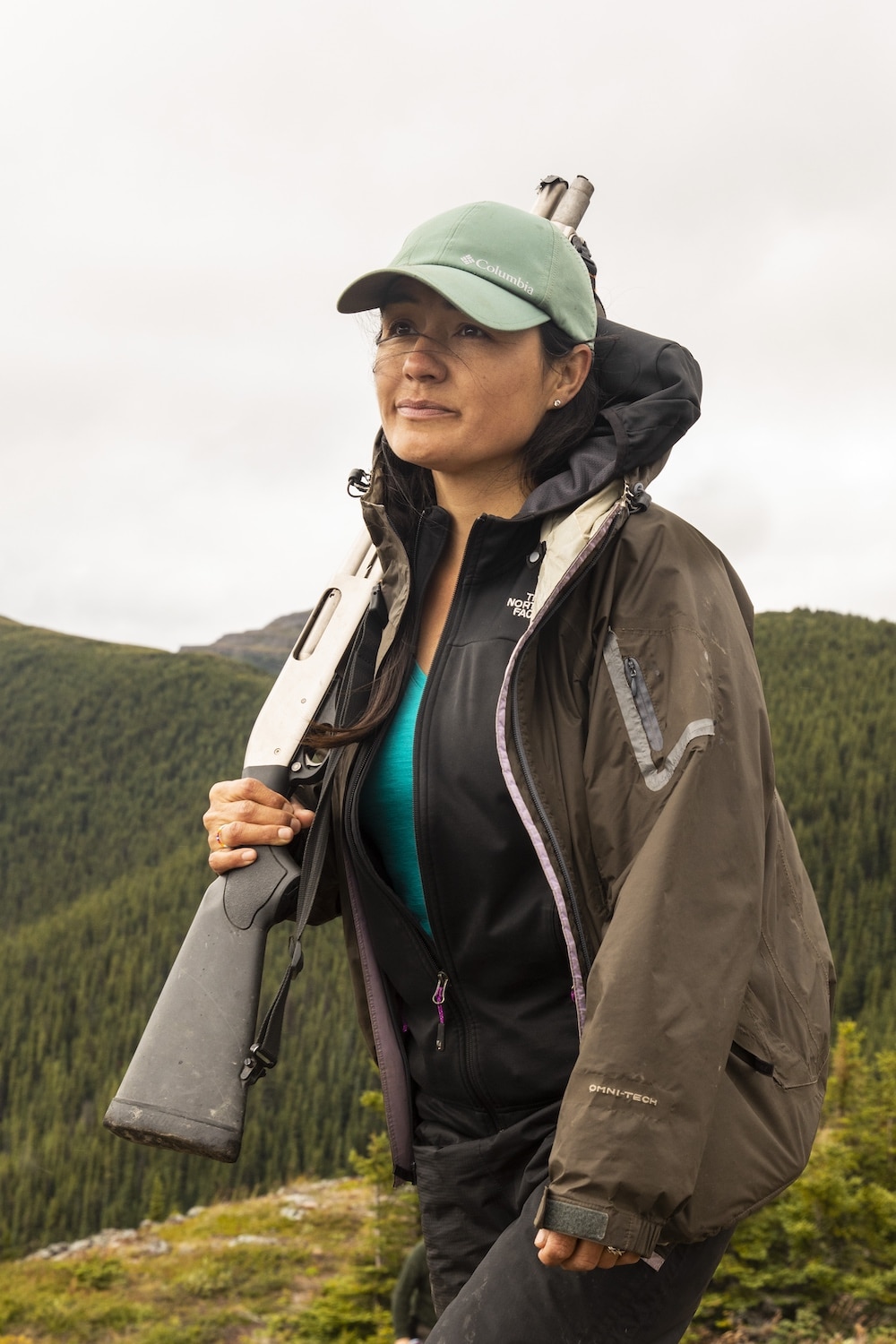 Starr Gauthier, member of the SFN and Caribou Guardian at the maternity pen. “Use us as an example of steps that we need to take as human beings, as guardians of Mother Earth. You know, we’re an animal too. Just like caribou. Just like bear. Just like butterflies and birds, you know what I mean? We all share Mother Earth. We’re all part of this system. This is a steppingstone. And it’s a good reminder to people that we need to think about more than just ourselves.”

Guardians take turns living up at the caribou pen located in the mountains near Hudson’s Hope, British Columbia. Their daily tasks involve feeding the caribou, predator patrols, monitoring fences, repairing the pen, and watching caribou behavior. When asked what it is like to have a job as a Caribou Guardian, Gauthier smiled and her eyes softened. “It’s not a job, it’s actually a pretty amazing opportunity. . . . I feel so grateful to be part of it. . . . We’re all animals, we’re just like them. To share this place with them and to help them thrive is pretty special.”

These were not just words. You could feel her deep care for this place and the caribou in the way she moved across the land; in the way she checked the electrical current in the two fences around the pen to keep predators out; how she handled the wild-harvested lichens they feed to the caribou; how she offered smudge before the caribou were released from the pen.

What will you remember from this in ten years’ time? “Watching the girls [caribou]. I think that’s what’s going to stay with me—their faces . . . seeing their vulnerability and knowing that I’m part of that.”

How did she and the other Guardians end up here? Mountain caribou, a distinct ecotype of woodland caribou, have been a staple food for the First Nations of this area for thousands of years. Beyond food, though, they are intimately tied to their traditional material and cultural way of life. This pen is just one piece of a multifaceted approach the WMFN and SFN are taking to restore health and vitality to the land and the creatures that live there. Guardian is a fitting title. 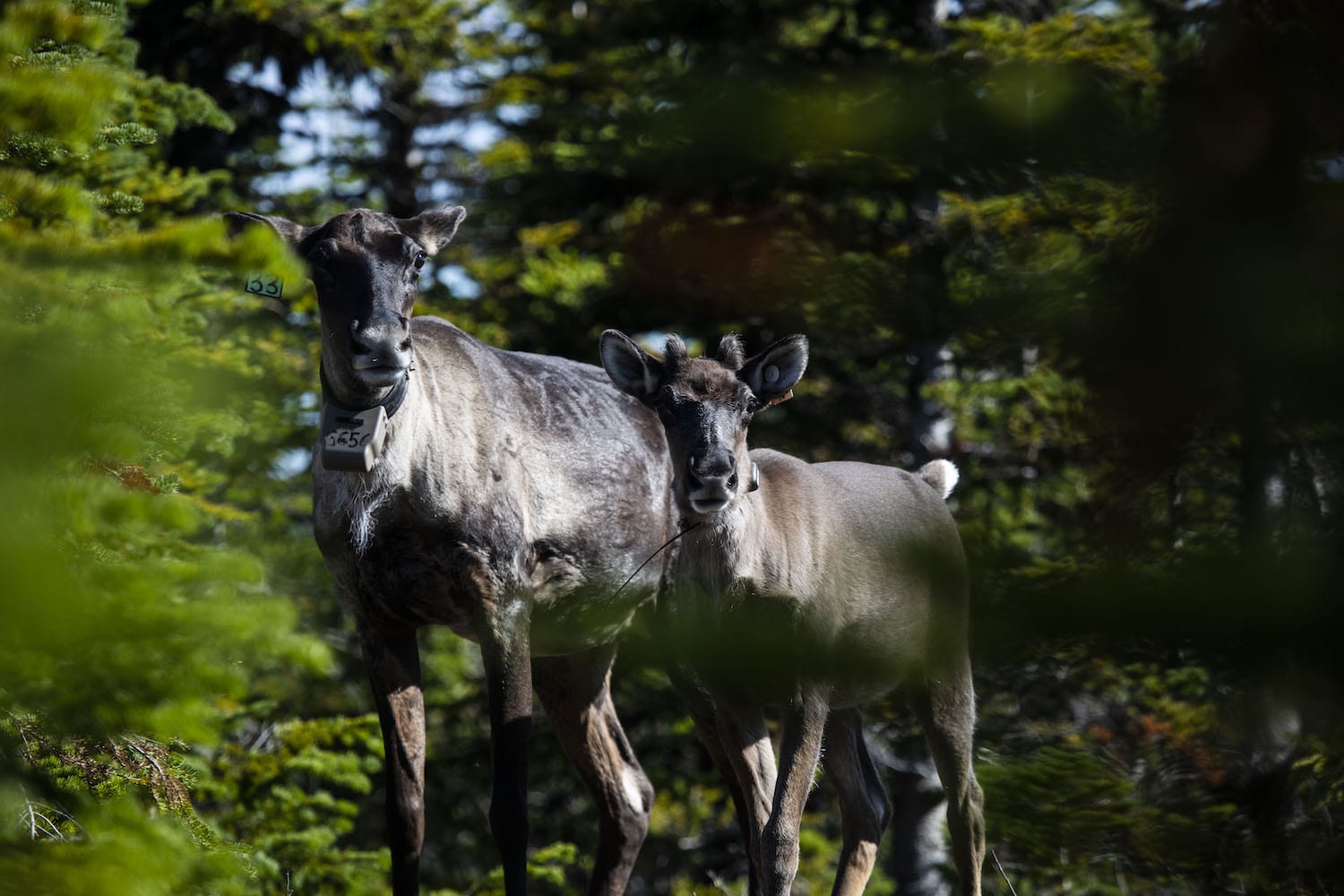 Caribou cow and calf in the Klinse-za maternity pen. Calf mortality is the primary driver of population declines for mountain caribou. 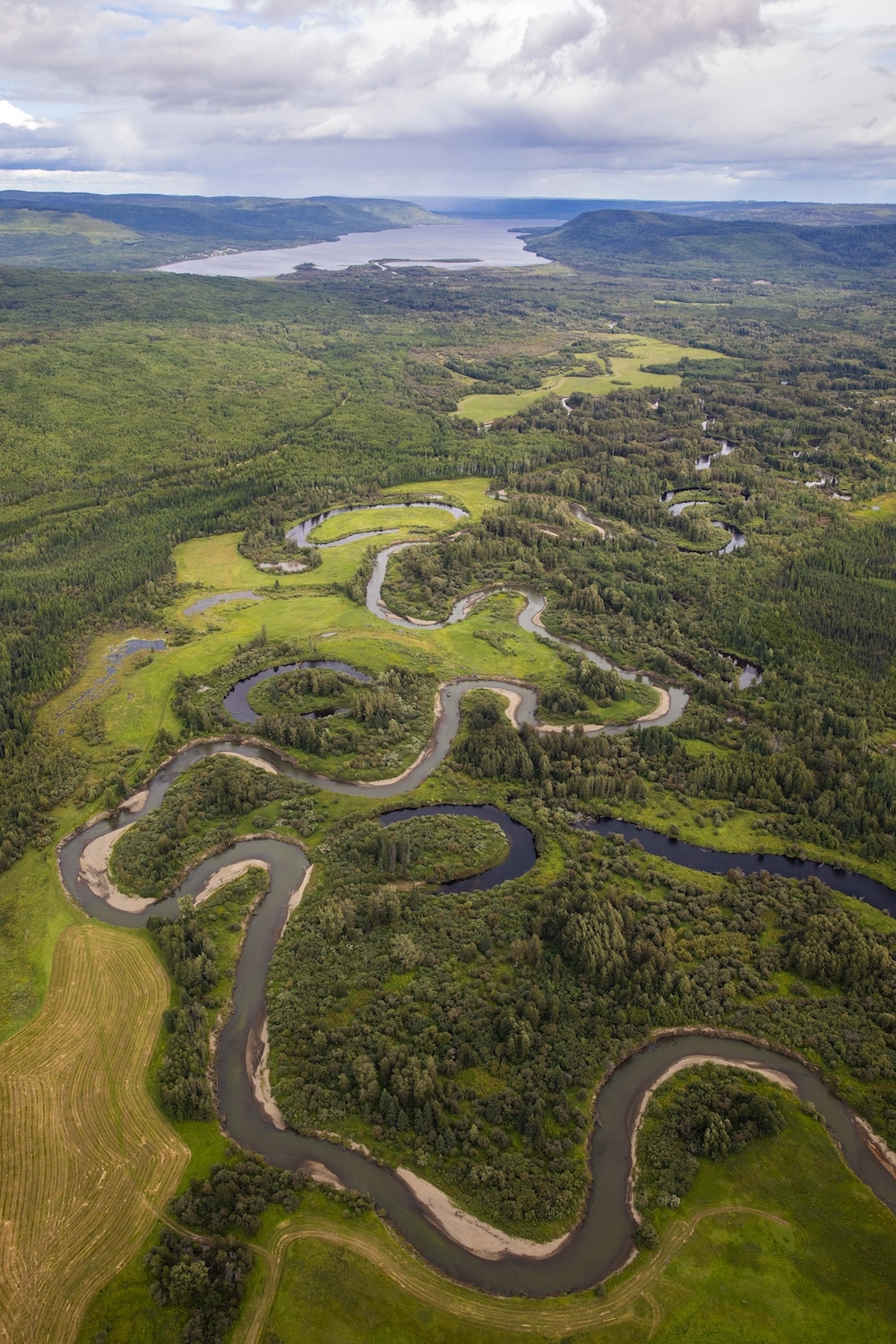 The Moberly River drains out of the newly created Indigenous Protected Area in the Hart Range Mountains and into Moberly Lake and the reserves of the West Moberly and Saulteau First Nations.

The Guardian or Protector is an archetype and role found in cultures all over the world. Beyond tending to just physical safety, the title calls for awareness and sensitivity as it invokes an interconnection to place and culture, protecting what is sacred. Treaty and lands biologist for the SFN Carmen Richter spoke to it in her description of her work:

“Restoration means more than just enjoying a park on the weekend for people here. It’s protecting our grocery store, our pharmacy, our church, our way of life for our kids, and our health for our kids. In order for our kids to be healthy they have to go back and know about our traditional way of life.”

These First Nations, like so many Indigenous people across the world, had their ability to tend to place, and the creatures that live there, stripped through colonization. Today they are reasserting their right and responsibility to carry out this role on their traditional territories.

The SFN and WMFN are not alone in this. Other examples abound here in North America. The Lakota Water Protectors at Standing Rock made international news in their battle to assert treaty rights and protect their land and way of life in the Great Plains. On the northwest coast, Heiltsuk First Nations Guardians patrol the seas of their traditional territory. Farther south, on Vancouver Island, the Tla-o-qui-aht have assigned Tribal Parks status to their entire traditional territory. This designation reflects their values of caring for the land, not Western colonial visions of what a park should look like. In the boreal forest that spans the border between Manitoba and Ontario, the Anishinaabe Guardians of Pimachiowin Aki protect the largest cultural and natural UNESCO World Heritage site in North America.

Following the arrival of the first settlers into the region, the colonial impacts—forcing Indigenous people off their land, large-scale hunting for meat, and, more recently, massive hydropower, oil, gas, and logging development—sent regional caribou numbers into a tailspin. In the 1970s, caribou numbers had declined so much that the WMFN and SFN decided to stop hunting them. For decades, drunk on the windfall of industrial profits, the Canadian government turned a blind eye to the problem as best it could, and toothless conservation plans did nothing to stop the decline of caribou numbers. 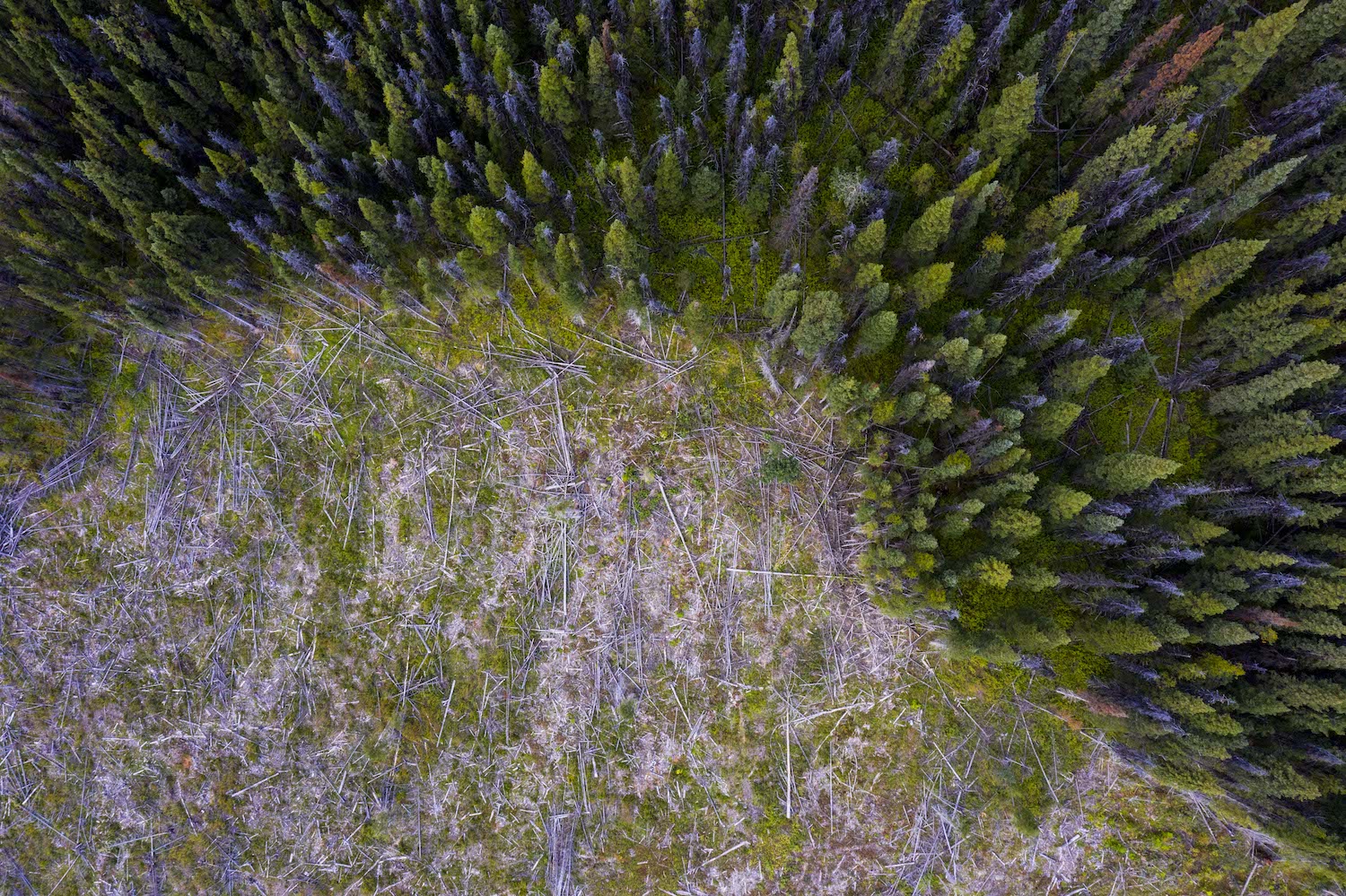 Clearcut close to the edge of the newly created protected area. Clearcuts and other industrial development destroy refuge habitat for caribou and are the primary causes of their decline in these mountains.

For the WMFN and SFN, the final straw came in 2013, when the last caribou of the Burnt Pine herd drowned in a coal mine test shaft. The First Nations discovered that the province had permitted the mining activity, despite recommendations from their own caribou biologists. Seeing the futility of working with the colonial government, the First Nations decided to take matters into their own hands. They sued the government for infringing on their treaty rights to hunt caribou and began their own efforts to protect the caribou herds that remained on their territory.

Caribou guardianship is just one way these two tribes are tending to their traditional territory in the twenty-first century—one piece in a larger plan to protect their place, their communities, and the creatures that live there. It goes beyond guarding large mammals. This extends to plants and places, permeating how they view the world and how they respond to challenges.

Aski Reclamation Ltd., owned and operated by the SFN, is one example. Aski, the Cree word for “earth,” is both deeply rooted in place and culture, as well as the modern realities of their home, which includes oil and gas development, and industrial forestry. They ask their elders what function a particular area had before industrial disruption, and they use traditional knowledge to restore the ecosystem, to heal their land as best they can. The plants that Aski uses to restore disturbed areas come from Twin Sisters Native Plants Nursery, owned and operated by the two tribes. They specifically raise native plants for restoration projects across their traditional territory. 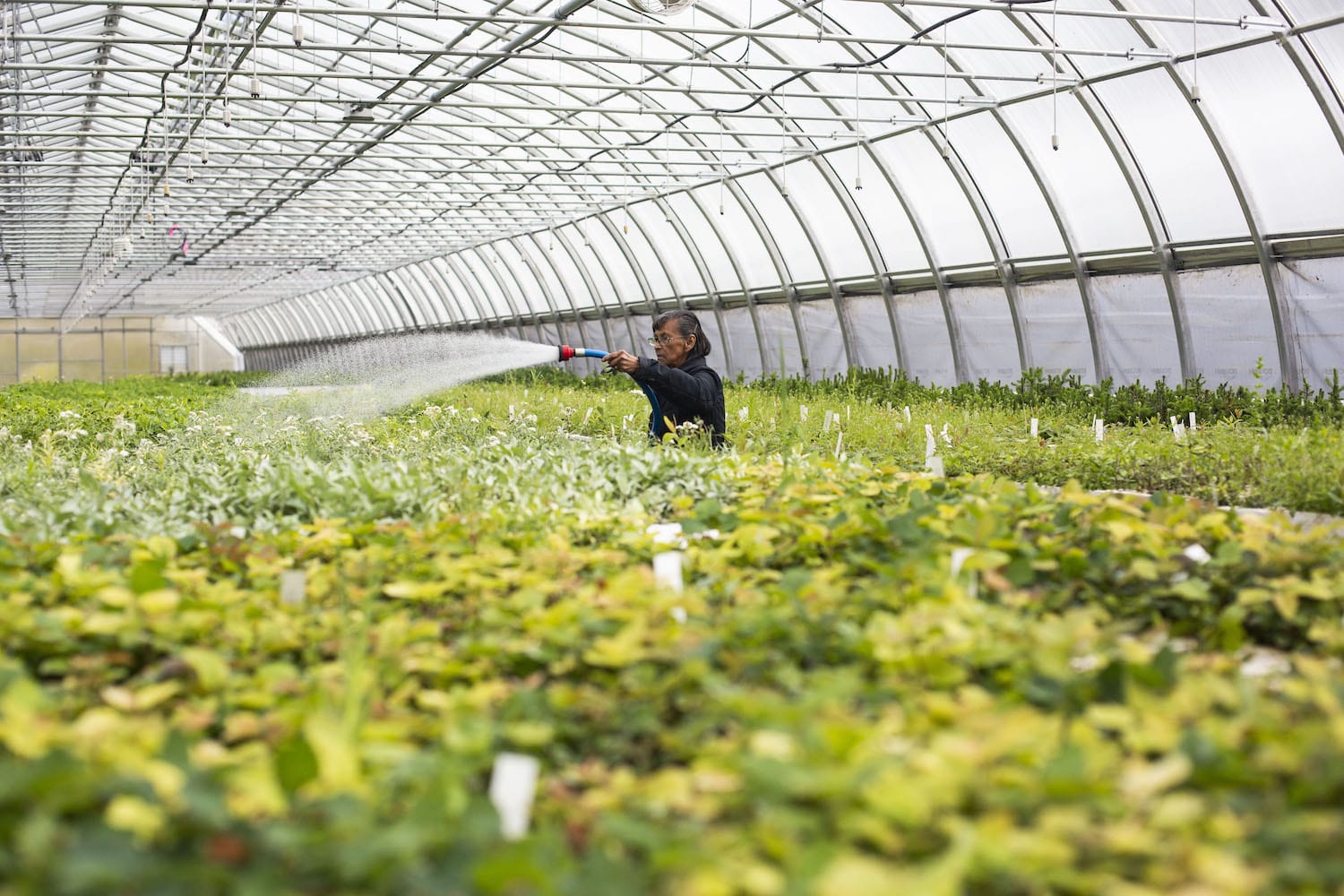 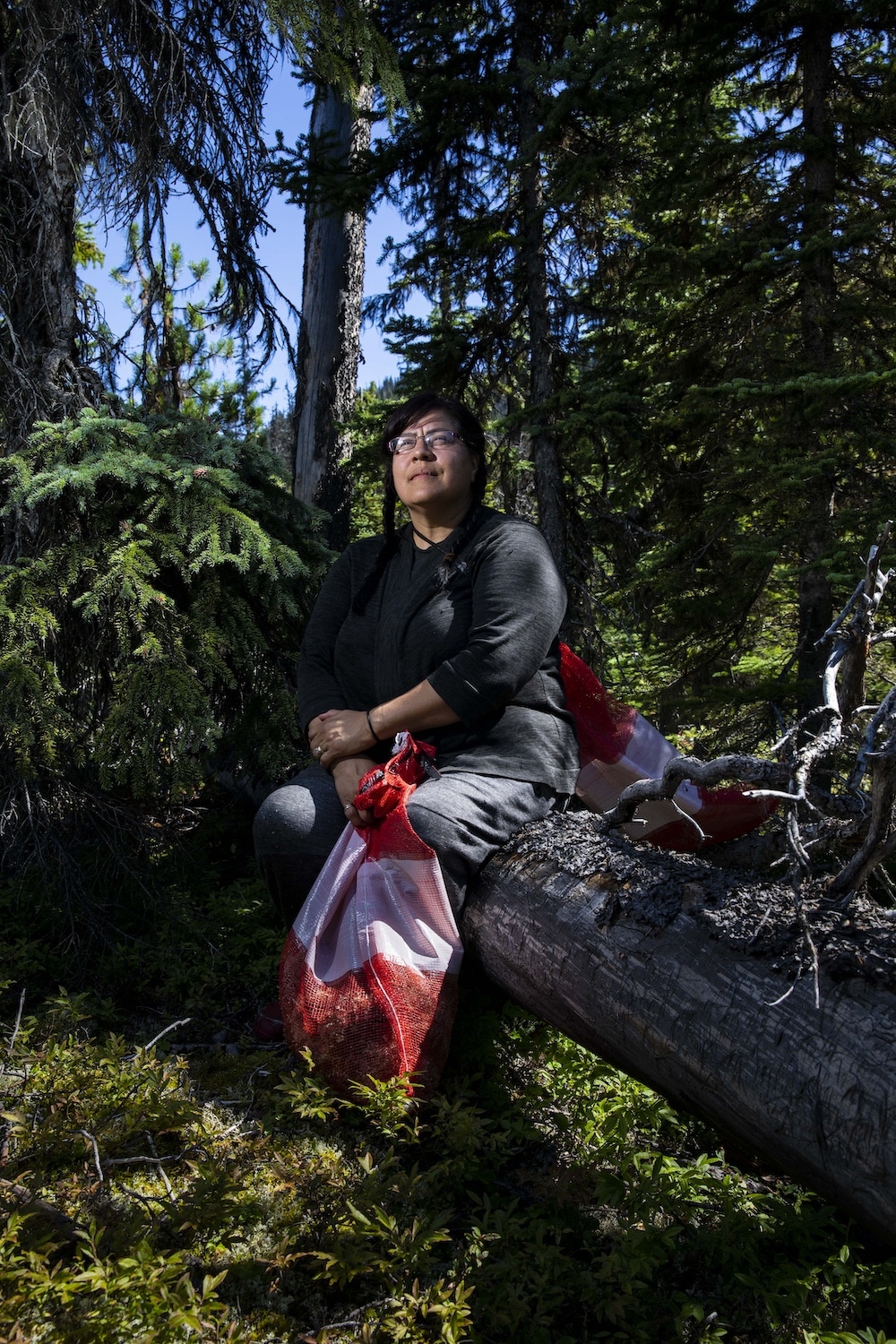 Self-described “elder in training,” SFN member Pauline Walker, “Today we’re out lichen picking. I consider it an honor to be able to do this. To be able to try and give back to the caribou. . . . I really enjoy being out on the land and I feel good to be able to give back to Mother Nature to the animals. So much has been taken.”

What does it take to connect with and belong to the land we live in today? What would it take to step away from the role of consumer and into a role of guardian? We are all faced with this question, of how best to renew our role in a quickly changing world, no matter how long we have lived in one place. Standing below the Twin Sisters Mountains—sacred to the SFN and WMFN and central to the new Indigenous Protected Area set up to guard the Klinse-za caribou herd—former chief of the SFN Ken Cameron shared his thoughts. “We’re all part of a sacred circle of life. Our people have always lived by the laws of nature, the most powerful law on Earth.” Beyond caribou, many creatures who once guarded human existence are now looking to us to remember and step up to our role in this relationship. 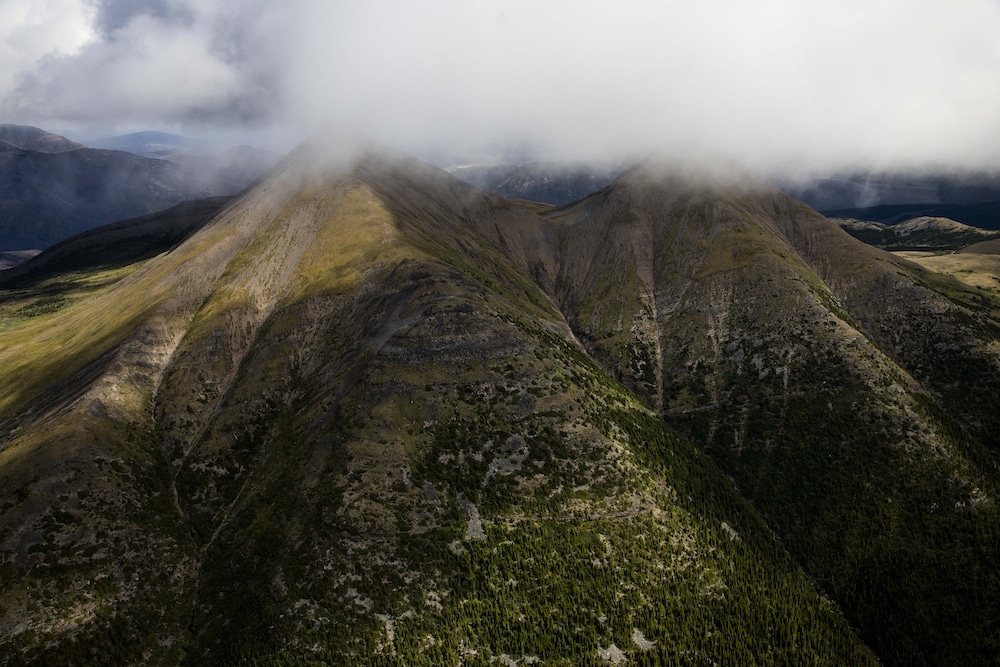 Twin Sisters Mountains, in the center of the newly created Indigenous Protected Area, is at the heart of the new agreement between the Canadian government and the West Moberly and Saulteau First Nations. These mountains are sacred to the Saulteau and are what drew them to settle in this region when they fled colonial invasion farther east on the continent. As former chief Ken Cameron said, “they provided sanctuary for our people.” Now they are in the middle of a sanctuary for the caribou. 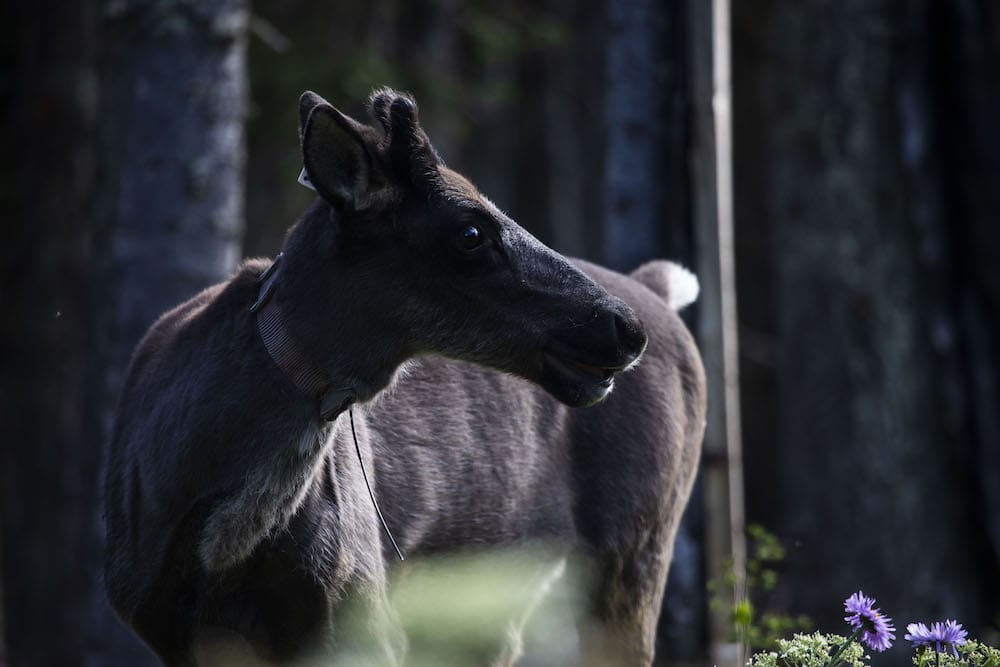