Orion‘s Autumn issue is about finding the wildness in walls, borders, and land that belongs to no one. And what’s more wild and uncharted than the cavernous worlds beneath our feet? Caves and tunnels (and even the secret underground networks of fungi) spark something deep and human within us: fear, yes, but also curiosity, igniting our instincts to push on, to discover. Here, Orion staffers and friends pulled together a list of their favorite fiction and nonfiction from the worlds below. We hope you enjoy. 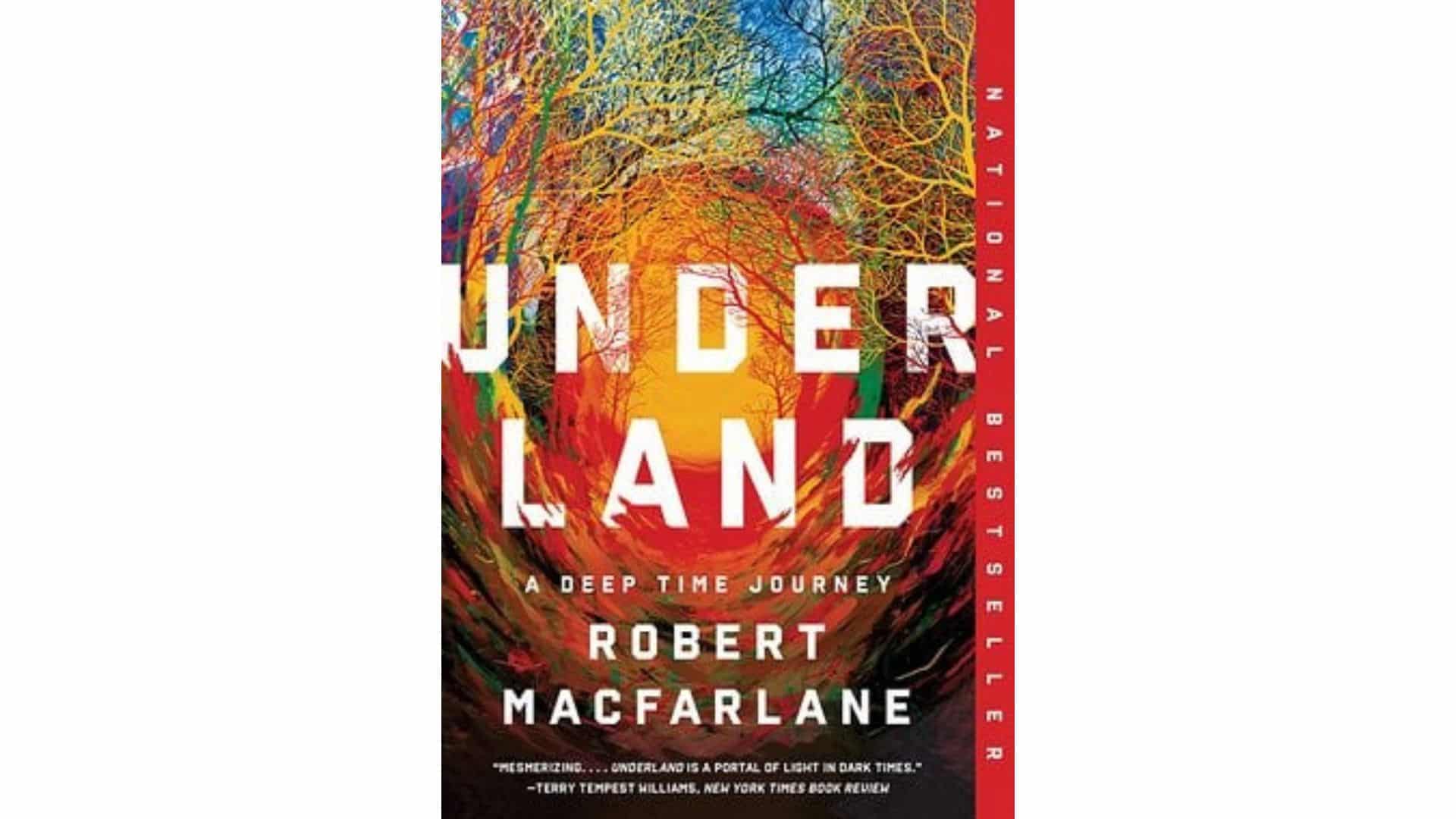 IN UNDERLAND, Robert Macfarlane takes readers into the dark in order to see. In his early works, the author scaled mountains, then traversed old paths. Here, he spelunks and excavates. Not for riches and bounty, but for shadows and truth. Far underground he explores tunnels, caves, catacombs, nuclear silos, and dark matter observatories. He passes mycorrhizae and follows Parisian punks through impossible cracks, pushing through claustrophobia and returning aboveground exalted with the knowledge of hidden worlds beneath. Weaving his signature blend of history, philosophy, and mythopoetry, Macfarlane burrows down, connecting the deep past to our precarious future, helping us re-envision our upper world. By befriending the underland, he implores, we may fully inhabit the surface with new understanding.
—Nick Triolo 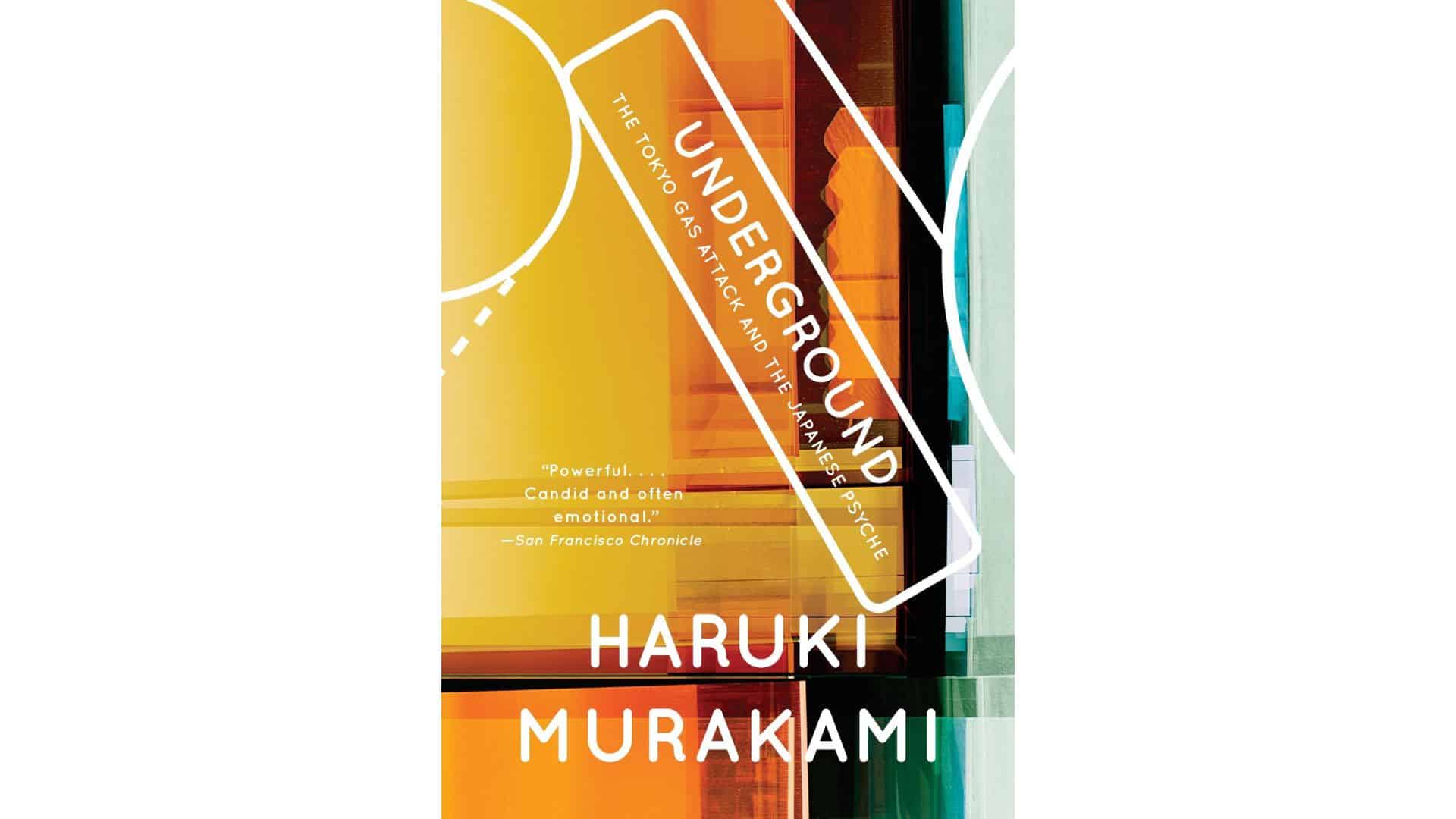 UNDERGROUND is a rare work of nonfiction from the novelist Haruki Murakami, an exploration of the 1995 Tokyo gas attack. In March of that year, masked cult members released zipper-lock packets of liquid sarin, wrapped in newspaper, onto the floors of various subway cars and poked at them repeatedly with the sharpened tips of umbrellas until the liquid leaked through, creating toxic fumes that killed fourteen people and injured a thousand more. Readers familiar with Murakami’s work can likely imagine his fascination with the attack: an entry into a world beneath the surface, a faceless menace, and a substance that severs the connection with one’s body. The author spent a year meeting and interviewing survivors, and their stories would become the connecting thread of this book. “I go deeper and deeper, as I concentrate on writing, into a kind of underground,” he once said, and nowhere else in his catalog does the tunnel bore so straight toward the heart of the matter.
—Sumanth Prabhaker 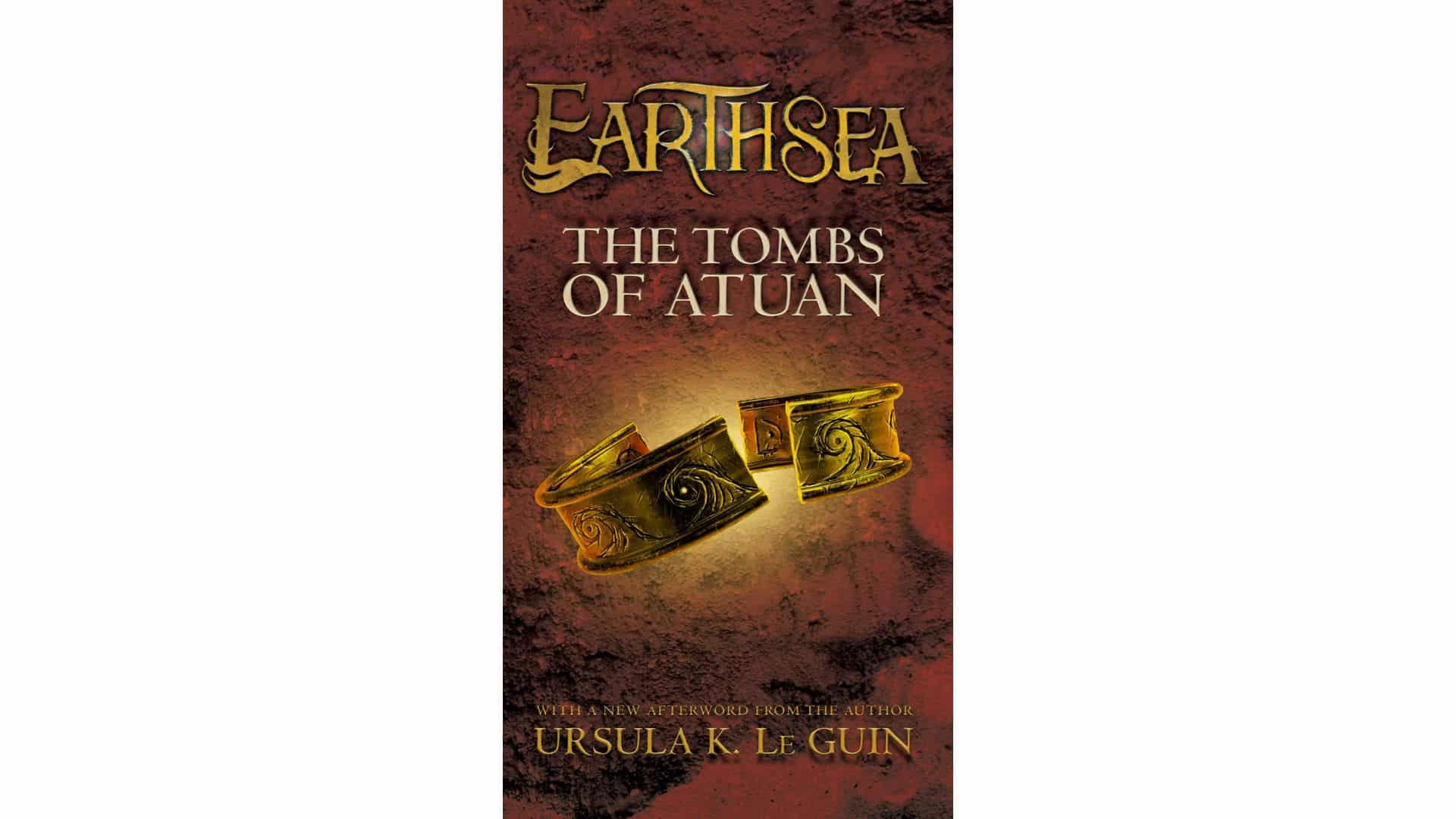 The Tombs of Atuan

THE SECOND in the Earthsea series veers from the ocean-faring stylings of the first, retreating inland, inward to a desert labyrinth where no light may enter. The oppressive splendor of Le Guin’s subterranean world weighs heavy upon its keeper—a young priestess known as Arha, or “Eaten One,” enslaved since childhood to serve earthbound deities that can only devour, never create. Change comes in the form of Ged, the mage thief, seeking to rob the tombs of a magical relic that can bring lasting peace to Earthsea. His quest and life would have been forfeit if not for Arha, choosing to renounce all she has ever known to embark with Ged on the hard, uncertain journey toward freedom, toward selfhood—a choice first sparked by light entering a realm she had only ever known blind, by touch, revealing “a palace of diamonds, a house of amethyst and crystal, from which the ancient darkness had been driven out by glory.”
—Isaac Yuen 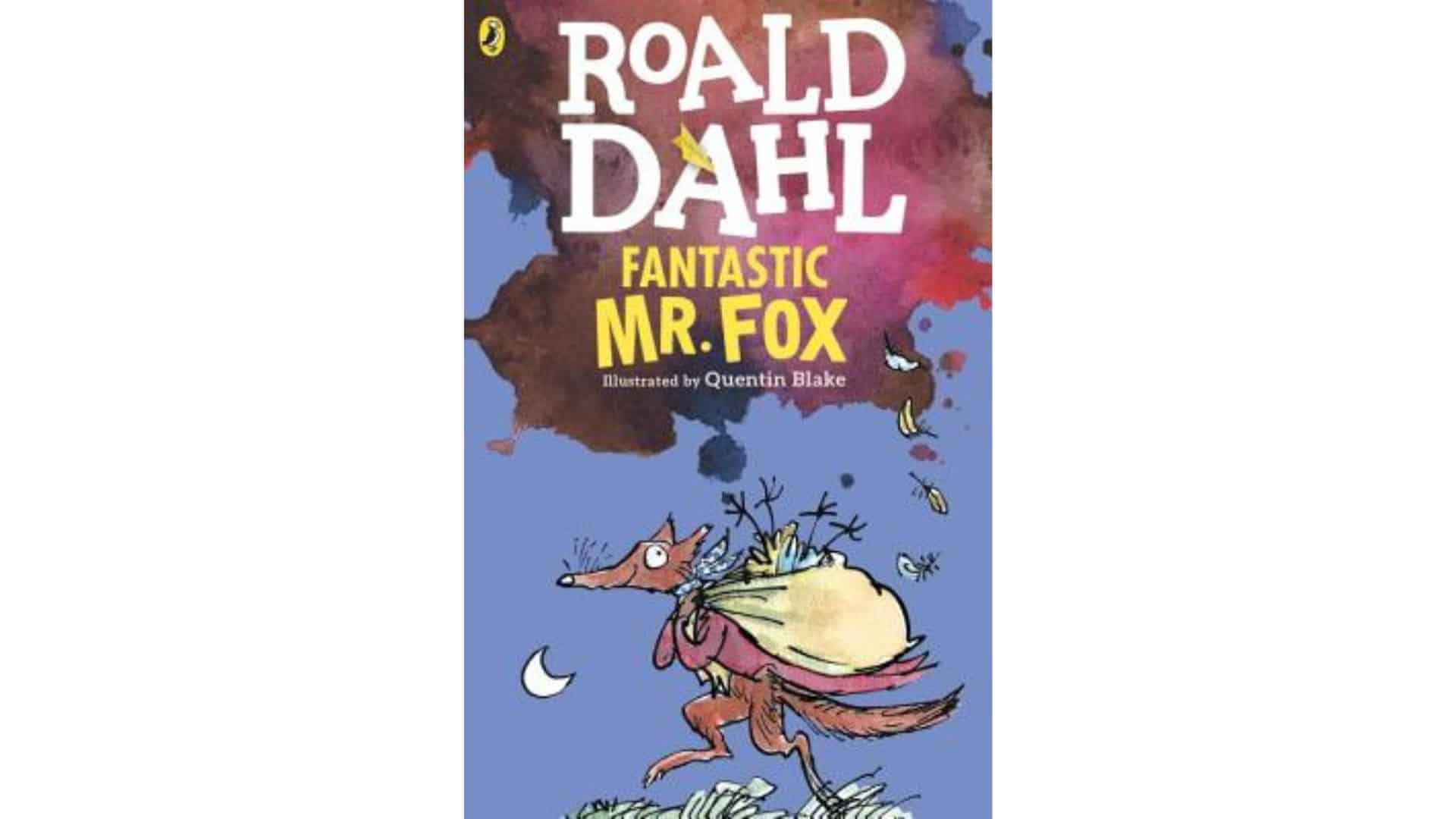 “GO DOWNWARDS! We’ve got to go deep! As deep as we possibly can!” Roald Dahl’s titular Mr. Fox is having a bad day. He’s just had his tail shot off by three wicked farmers, sore about his poultry-poaching ways, and now they’re digging him out of his family den. The men are obsessed, vowing to remain at the scene until the fox is dead, excavating a crater in their pursuit, even as their neighbors gawk and jeer. Caught in the chaos are the other diggers—badgers, rabbits, weasels, and moles—all stuck and starving. Things look bleak until Mr. Fox devises a clever plan to tunnel his way right under the farmers’ storehouses, where he can sustainably pilfer supplies in perpetuity. While the villains above stare into their pit, the animals below rejoice at the thought of a life together, secret and safe underground. “If they want to be horrible, let them,” says Mr. Fox. “We down here are decent peace-loving people.”
—Kathleen Yale 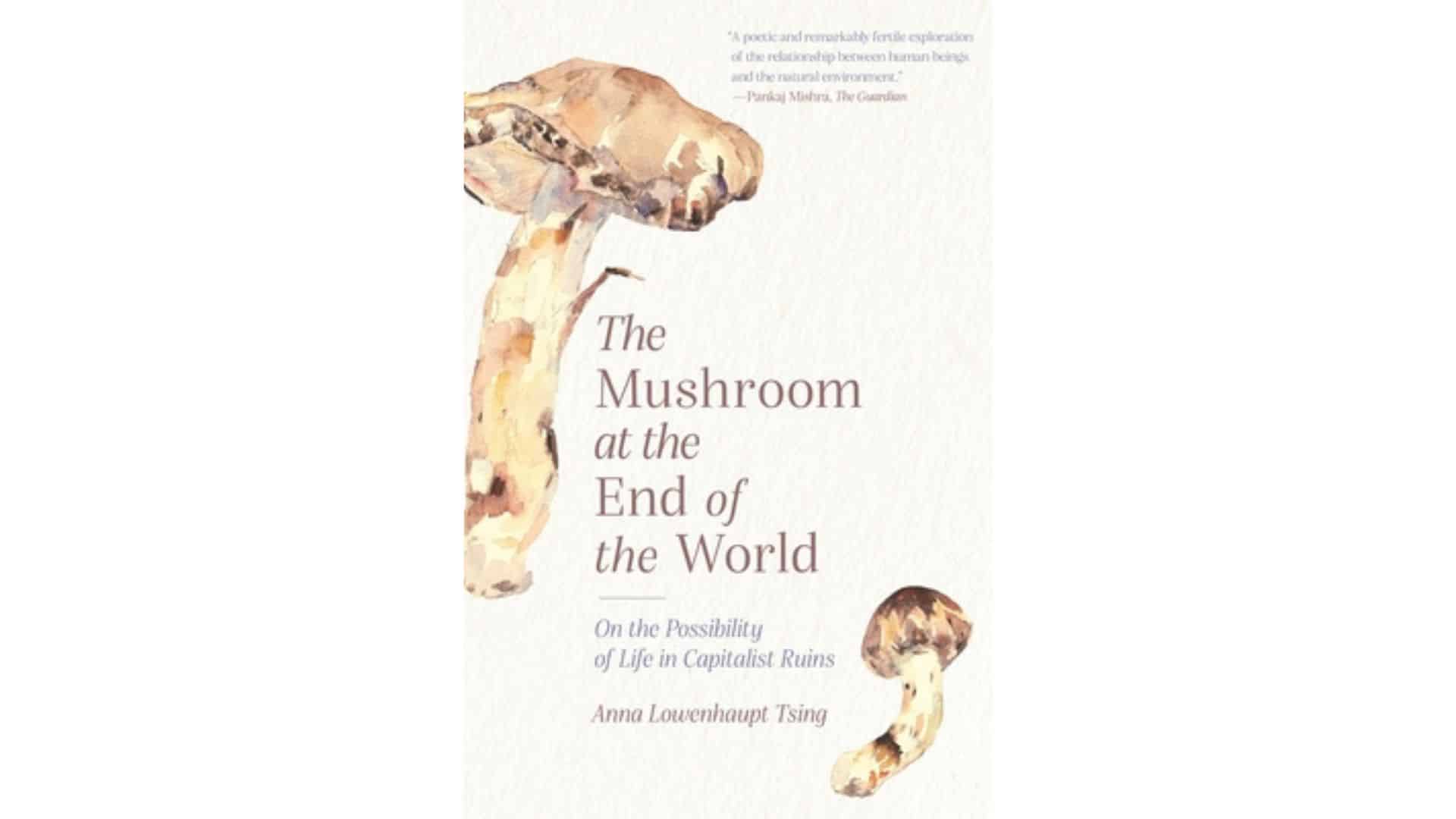 The Mushroom at the End of the World

IN HER TRAVELS while researching mycological networks, Anna Lowenhaupt Tsing heard a recurring bit of folklore, that after the detonation of the atomic bomb in Hiroshima, the first growth to break through the radioactive soil was a matsutake mushroom. She was inspired by the resiliency of the small fruiting body and set out on what would ultimately become a book-length metaphor: as the infrastructure of modern civilization collapses and our species prepares for the onset of many disasters, we should be so lucky as to thrive like a mushroom. Tsing follows the mushroom as a role model, tracing the architecture of the “underground city” from which it grows, meeting the individuals who devote their lives to harvesting it, and documenting its place in the Anthropocene: as food, as commerce, and as living creature. “Our gaze is directed below, where the mushrooms rise through the heaving earth,” she writes. And in training her gaze on the underground, she paints a hopeful portrait of it as the space from which survivors emerge.
—Sumanth Prabhaker