Ana Maria Spagna lives and writes in Stehekin, Washington, a remote community in the North Cascades. She’s the author of five books of nonfiction including the memoir/history, Test Ride on the Sunnyland Bus, winner of the River Teeth literary nonfiction prize, and two essay collections, Potluck and Now Go Home. Her work appears regularly in journals and magazines such as Orion, Portland, and High Country News. She has twice been a finalist for the Washington State Book Award. In 2015, she will release two new books: 100 Skills You’ll Need for the End of the World (as We Know It) and Reclaimers.  After working many years on backcountry trail crews, she now teaches nonfiction and serves as Assistant MFA Program Director for Northwest Institute of Literary Arts.

Ana Maria Spagna on Her New Book, 100 Skills You’ll Need for the End of the World (as We Know It)

When Orion’s Enumeration department made its debut in 2013, one of the first contributions was from Ana Maria Spagna, whose writing has appeared frequently in the magazine. Her piece, “10 Skills Continue reading →

1. Shovel early, shovel often. Early winter. So exciting! Before the powder turns to ice, before your brain settles into stale-air mush, head out to gawk at fresh small-mammal tracks and Continue reading → 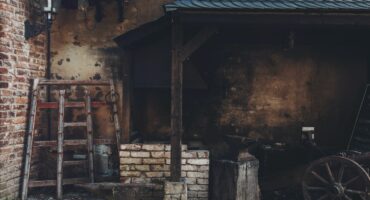 10 Skills to Hone for a Post-Oil Future

1. BLACKSMITHING To learn how to live in a post-petroleum world, recall the pre-petroleum world where blacksmiths made everything: tools, nails, hinges, lamps, hooks, gates, and railings. Wheels, even! With a Continue reading →