Carmen Maria Machado is the author of several books, including Her Body and Other Parties, which was a finalist for the National Book Award and winner of the National Book Critics Circle’s John Leonard Prize. In the Dream House was longlisted for the PEN/Kenneth Galbraith Award for Nonfiction. Her work has appeared in Granta, the New Yorker, NPR, Electric Literature, and elsewhere. Her work has been nominated for a Nebula Award and a Shirley Jackson Award and was a finalist for the Calvino Prize. 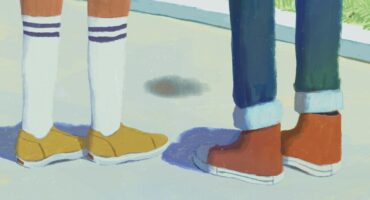 WE FOUND the star jelly in the street, halfway between home and the park where our cousins were waiting. My brother tried to run his bike through it, but I stuck Continue reading →