Geetha Iyer was born in India and grew up in the United Arab Emirates, and moved to the United States to study biology. She has since become an MFA student at Iowa State University’s Creative Writing & Environment program. She writes fiction, nonfiction, and poetry bent toward place-based and science writing. Geetha Iyer is a recipient of the Hopwood Undergraduate Short Fiction Award and the Robert F. Haugh Prize from the University of Michigan. She received the 2012 Fiction Prize from Gulf Coast and a work-study scholarship at the Bread Loaf Writers’ Conference in 2013. Her story “The Mongerji Letters” received the 2013 Calvino Prize. 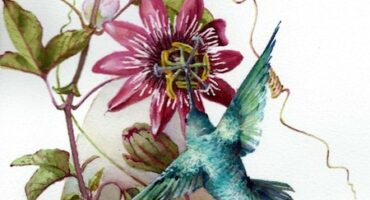 Since the collapse of one of the last dynasties of the common era and the subsequent end of the era itself, historians have searched for descendants of the Mongerji family, as well as descendants of the scribes who, under their employ, collected samplings of flora and fauna from around the world. The only evidence discovered thus far are the letters that follow. Continue reading →