Jane Goodall is an English primatologist, ethologist, anthropologist, and UN Messenger of Peace. Considered to be the world’s foremost expert on chimpanzees. Goodall is best known for her 55-year study of social and family interactions of wild chimpanzees in Gombe Stream National Park, Tanzania. She is the founder of the Jane Goodall Institute and the Roots & Shoots program, and she has worked extensively on conservation and animal welfare issues. She has served on the board of the Nonhuman Rights Project since its founding in 1996. Goodall is the co-author of In the Shadow of Man (2010) and others.

Krista Tippett is the founder and CEO of The On Being Project, the host of On Being and Becoming Wise, and curator of the The Civil Conversations Project. Tippett is a Peabody Award-winning broadcaster, New York Times bestselling author, and a National Humanities Medalist. She was the 2019 Mimi and Peter E. Haas Distinguished Visitor at Stanford University. Her previous books are Becoming Wise: An Inquiry into the Mystery and Art of Living (2016); Einstein’s God: Conversations about Science and the Human Spirit (2010); and Speaking of Faith: Why Religion Matters and How To Talk About It (2007). 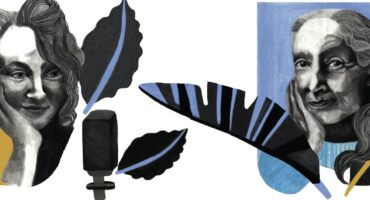 The Shadow of Humanity and the Spirit of Animals