Celebrate the Release of Orion’s Book of Bugs 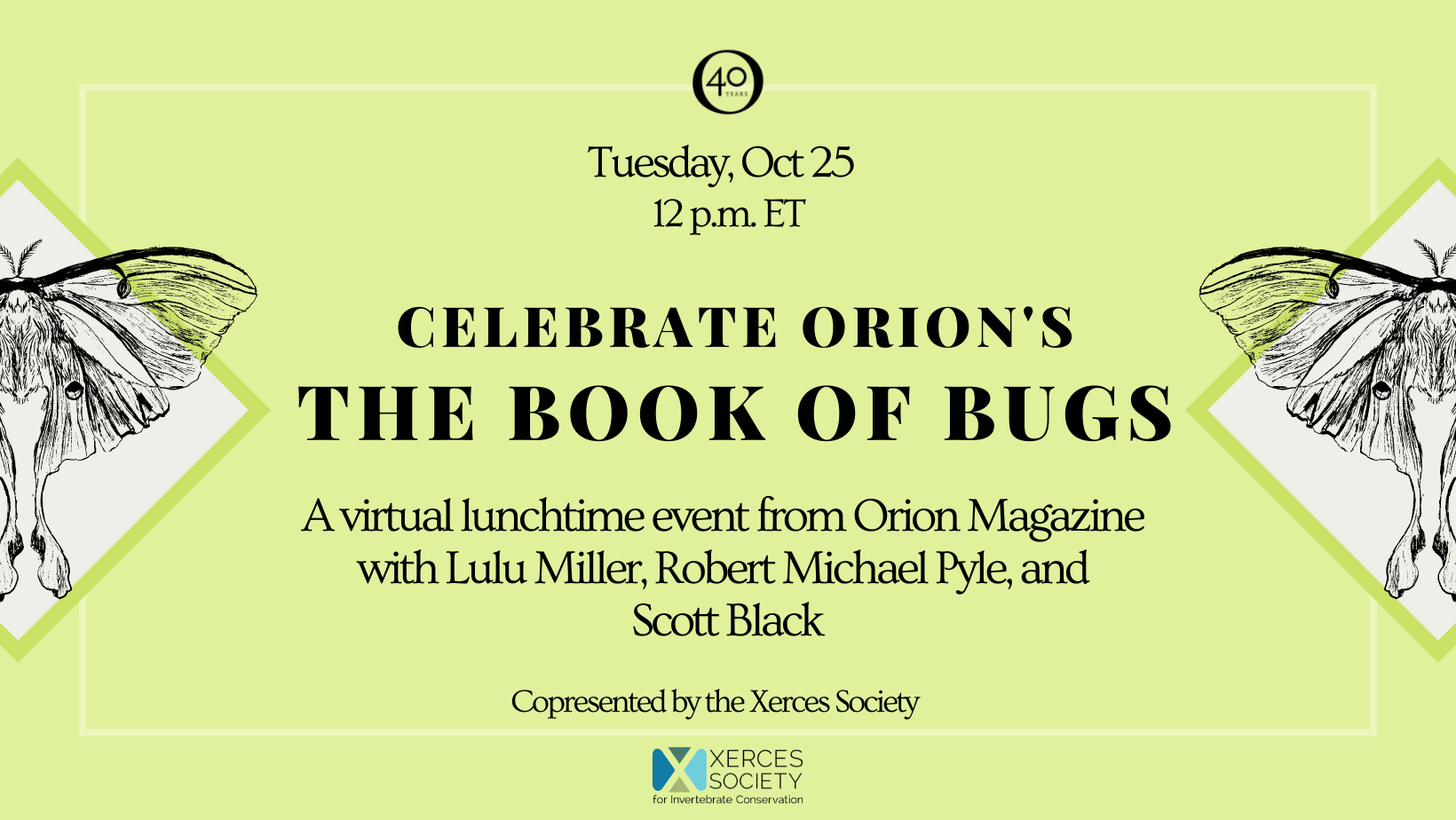 Join Orion Magazine and Xerces Society to celebrate Orion’s creepy-crawliest anthology yet. Our guests, Robert Pyle, Lulu Miller, and Scott Black, will be in conversation about books, bugs and conservation, to celebrate the Book of Bugs: The best writing about insects, arachnids, and other arthropods from Orion magazine. The book features a foreword by Radiolab’s Lulu Miller and work from luminaries such as Wendell Berry, Brian Doyle, Jane Hirshfield, Linda Hogan, Robert Macfarlane, Laline Paull, David Quammen, E.O. Wilson, and many more.

Join us in celebrating the many-legged world.

(A Zoom link will be sent to registrants the day before the event.)

Robert Michael Pyle is a biologist and the author of several books, including Butterflies of the Pacific Northwest (co-authored with Caitlin C. LaBar), Magdalena Mountain, Nabokov’s Butterflies, and other works of poetry and fiction. In 1971 he founded the Xerces Society. in 2020 his memoir Where Bigfoot Walks was adapted into the feature film The Dark Divide.

Lulu Miller is a Peabody award-winning science journalist, co-host of the award-winning WNYC Studios show Radiolab, and cofounder of NPR’s Invisibilia. She is the author of Why Fish Don’t Exist, a nonfiction scientific thriller and memoir.

Scott Black is an internationally renowned conservationist who has been at the forefront of the conservation movement for three decades. He is executive director of the Xerces Society, which under his leadership has become the premier invertebrate conservation organization in North America. Scott’s work has led to protection and restoration of habitat on millions of acres of rangelands, forests, and farmland as well as protection for many endangered species. He is an author of the best-selling Attracting Native Pollinators and Gardening for Butterflies and has written more than two hundred other publications, including a recent chapter on climate change and insects.