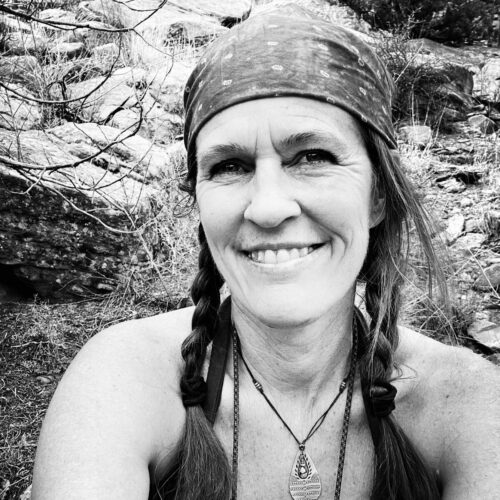 The course: What If This Ends Well? Rewriting Stories of Dystopia and Apocalypse in Time to Change the Narrative
Cormac MacCarthy’s Road. Atwood’s Handmaid’s Tale. Mad Max, The Walking Dead. Books, film, and television pump out end-of-the-world narratives and they top the charts, grab headlines, win prizes. The same story has been told a thousand times, a thousand ways. The plot we know like our own biographies, it’s that engrained: Civilization falls, and the natural world is ravaged beyond repair. We turn on one another, fighting feral in order for a few individuals to survive (barely, and only then with lots of guns) while everyone and everything else goes down in flames. Not that things aren’t brutal, and won’t get more brutal still. But what if this time we’re in is a yet unimagined beginning? In this six-week course, participants will examine texts and film and explore assumptions made in dystopian and apocalyptic narratives that have thwarted our capacity to imagine new ways out of the mess we are in. Writing exercises will focus on the creation of stories–fiction and nonfiction alike–from which possibilities for different outcomes emerge electric and in the nick of time.

The Instructor: Amy Irvine is a sixth-generation Utahn and descendant of notorious Mormons. Her memoir, Trespass: Living at the Edge of the Promised Land, received the Orion Book Award, Ellen Meloy Desert Writers Award, and the Colorado Book Award. Desert Cabal: A New Season in the Wilderness, is a feminist response to western wilderness icon Edward Abbey’s Desert Solitaire and was included in Orion magazine’s 25 Most-Read Stories of the Decade, Outside’s Adventure Canon, and Backpacker’s New Wilderness Classics. Her second memoir, Almost Animal, is forthcoming by Spiegel & Grau. Irvine lives and writes off-grid in southwest Colorado. She is a contributing editor for Orion and teaches both fiction and nonfiction in the Mountainview Low-Residency MFA Program at Southern New Hampshire University.

Duration: This class meets once a week over six consecutive Tuesdays from 6-9 pm ET.