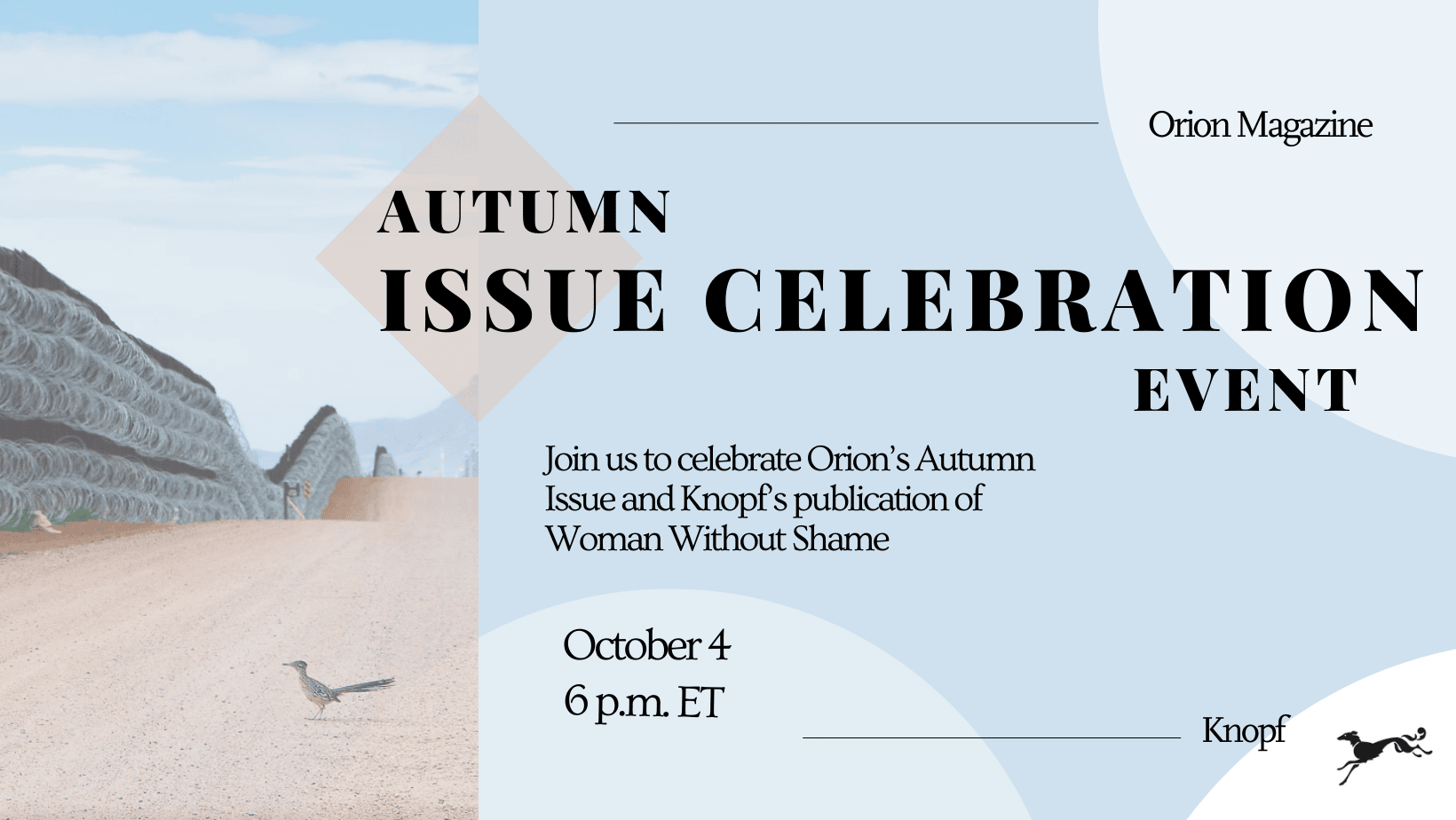 The first issue of Orion’s fifth decade returns to a timeless topic that’s as relevant today as it was when the magazine first launched: reimagining humanity’s footprint on the land. This special issue includes new poetry by Sandra Cisneros, excerpted from Woman Without Shame, her new collection forthcoming on Knopf.

Sandra will be in conversation with Orion Contributing Editor John Freeman (who edited the collection at Knopf) about the new issue, Sandra’s new poetry, and how those poems reflect on the inextricable connection between the land she inhabits and the work she produces.

A Zoom link will be emailed to all registered attendees the day before the event.

SANDRA CISNEROS is a poet, short story writer, novelist, essayist, performer, and artist. Her numerous awards include NEA fellowships in both poetry and fiction, a MacArthur Fellowship, national and international book awards, including the PEN America Literary Award, and the National Medal of Arts. More recently, she received the Ford Foundation’s Art of Change Fellowship, was recognized with the Fuller Award for Lifetime Achievement in Literature, and won the PEN/Nabokov Award for Achievement in International Literature.

JOHN FREEMAN is the founder of the literary annual Freeman’s and editor of multiple anthologies, including The Penguin Book of the Modern American Short Story, (2021). His other books include How to Read a Novelist, The Tyranny of E-mail: The Four-Thousand-Year Journey to Your Inbox, and two volumes of poetry, Maps and The Park. His work has been translated into more than 20 languages and has appeared in The New Yorker, The Paris Review, and The New York Times. He is currently an artist-in-residence at New York University and executive editor at Knopf.