Pavel Cenkl is a man on the move. A well-published writer, Associate Dean of Academics and Director of Athletics at Vermont’s Sterling College, Cenkl weaves together his love for humanities, wild space, and endurance running in response to today’s ecological crises. Two weeks ago, Cenkl returned from his latest project: running over 200 miles across Scandinavia to raise awareness about climate disruption and community resilience. I caught up with Cenkl to learn more about his motivation, the worst moments along the way, and what’s next. 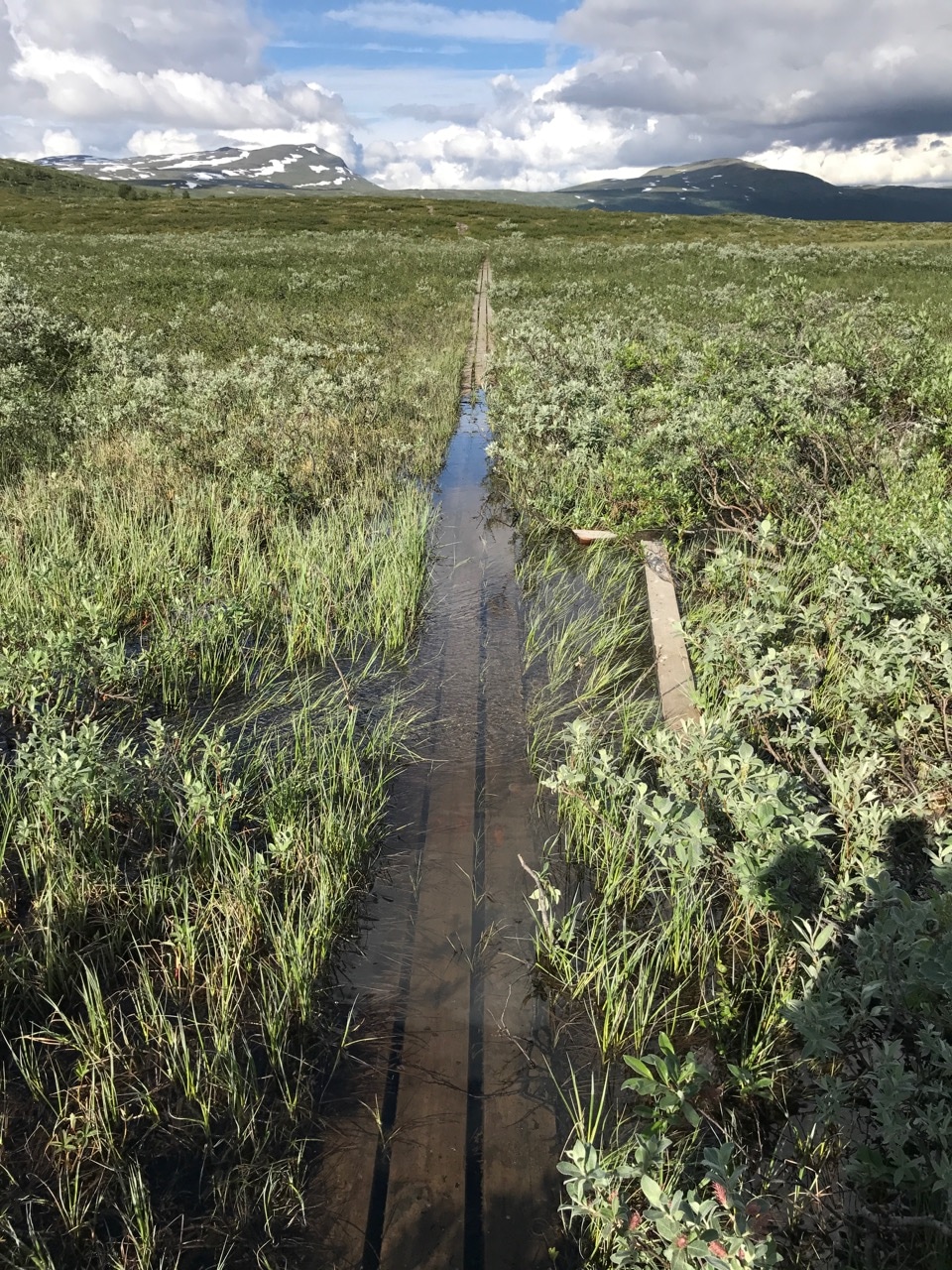 NT: Tell us about your most recent expedition.

PC: Between August 1 to 8, 2017, I completed a run of 360 kilometers (224 miles) along the Nordkalottleden from Sulitjelma, Norway to Abisko, Sweden as part of a multi-year project to foster conversation and build community around individual and ecological resilience. At the heart of this project is an intention to change the narrative about climate change from resistance to resilience by focusing on the individual’s relationship with place through endurance activities.

On this most recent run I typically averaged between 50 and 65 kilometers a day (30 – 40 miles) and was self-sufficient for several days at a time between resupply points. This run proved to be a far departure from my 2015 Climate Run: Iceland. The terrain was more consistently mountainous and remote; the route was significantly longer; I was largely self-supported and carried everything I needed for days at a time (from tent and sleeping bag to food to extra clothing, navigation tools, and solar panels). 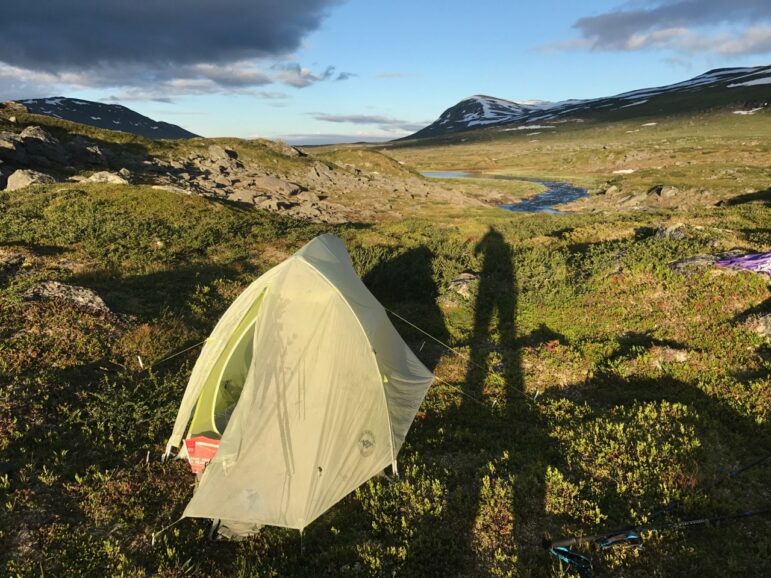 NT: What is Climate Run and how did it all start?

PC: Climate Run is a project I launched in 2014 in preparation for a solo 3-day, 150-mile run across Iceland in 2015. The goal was to bring attention to the relationship between endurance athletics and the broader ecosystem that we all share.

I began my planning convinced that the project would focus on ways that we in the outdoor recreation community could change habits to lessen our global ecological impact – buying more locally sourced equipment, recycling and repurposing used gear, and being more intentional about how we choose to access the outdoors. Over the course of the run I realized that these small individual choices, though important, distract our attention from the much broader concern of how we engage with one another in our communities. Only by building resilience in communities can we hope to develop a lasting relationship with the non-human world and shift our conversation about climate change from one of resistance to one of resilience.

Since then, I’ve given over 20 presentations and workshops to groups ranging from middle school students to outdoor professionals. I’ve nurtured partnerships with gear manufacturers, retailers, and nonprofits to spread the mission of Climate Run. Based on feedback, the project has served as an inspiration for hundreds of people to engage in running events, conversations, and initiatives that integrate ecological thinking with sports. 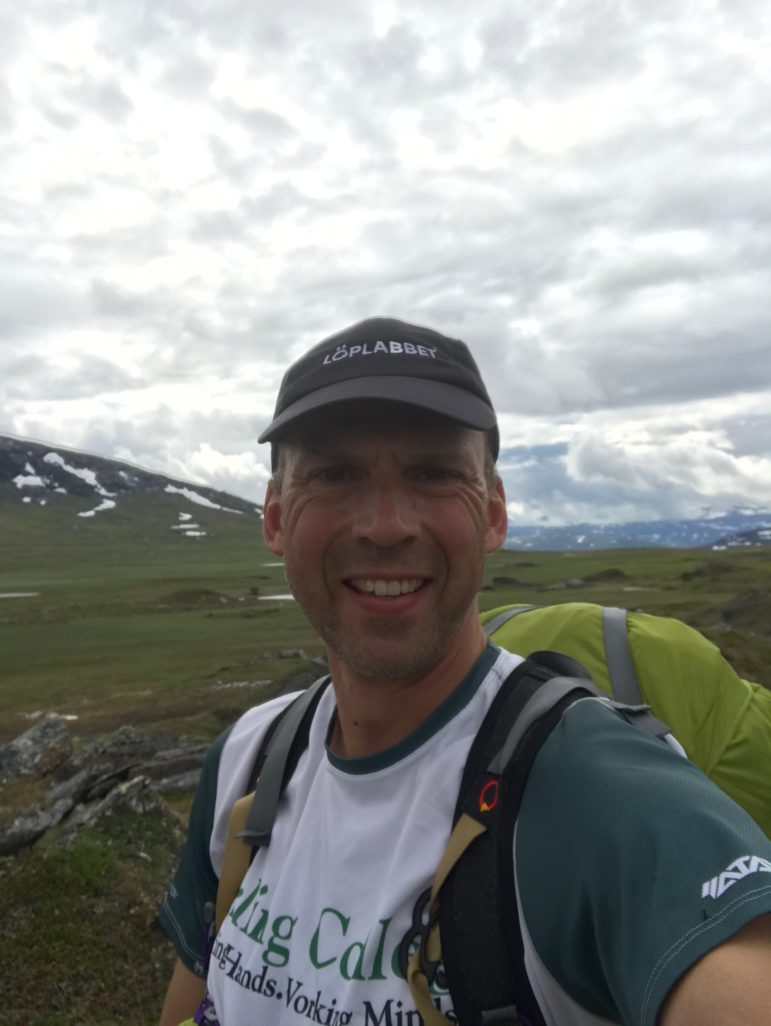 NT: Have you always been a runner?

PC: My love of mountain trails began on family hikes in New Hampshire’s White Mountain National Forest in the 1970s and 80s. This led to a series of summers working in the Appalachian Mountain Club’s hut system and moving quickly over trails. I didn’t sign up for my first official race until a nearly a decade later, and I didn’t run a marathon until 2011, and even then it was a trail run that I organized in support of my wife, Jen, who had been diagnosed with thyroid cancer. Since then, I’ve finished several races of 50k to 100 miles, as well as my two multi-day Climate Run events, and I started the nation’s first Trail, Mountain, Ultra Running Team here at Sterling in 2014. I continue to teach and coach running today.

NT: What makes endurance activities such a strong medium for raising awareness?

PC: At the most basic level, endurance running – with its many hours of pushing one’s body to its physical and mental limits over a range of challenging terrain and weather conditions – exposes our vulnerabilities as humans in a larger world. I revel in both the literal and the more subtle ways in which I find myself bound up and immersed in so many different interconnected systems – whether fording rivers, plunge-stepping through late season snowfields, bounding across spring-loaded heath of mosses and arctic birch, falling into bottomless bogs, or following reindeer tracks to find an easier route.

These adventures force me to explore how the boundaries between self and world begin to blur when we bring our intention and awareness to our experience. And, finally, sharing my stories with audiences around Europe and the U.S. can become a foundation for conversations about building resilient relationships between humans and the environments in which we live.

A long conversation I had with Alexandra Messerli, a glaciologist at the Norwegian Polar Institute in Tromsø, Norway, helped to crystalize the profoundly complex relationships of snowpack, glaciers, permafrost, and both local and global ecological systems. In Norway, glacial melt and recession are critical issues because of the country’s reliance on hydroelectric power, which sometimes ties directly into sub-glacial water flows. Recognizing and measuring glacial recession is nothing new, of course, but with it comes dramatic changes to local ecosystems and impacts on marine life, reindeer populations, and the changing nature of arctic flora in a post-glacial landscape.

I’m both by training and by passion an environmental humanist, endurance athlete, and teacher. I believe that by embarking on these longer high-profile endurance adventures in the Arctic, I can leverage my experience to make significant change to the conversation about our relationship with the non-human world.

“It is at the limits of ourselves that we come
in closest contact with the world.” 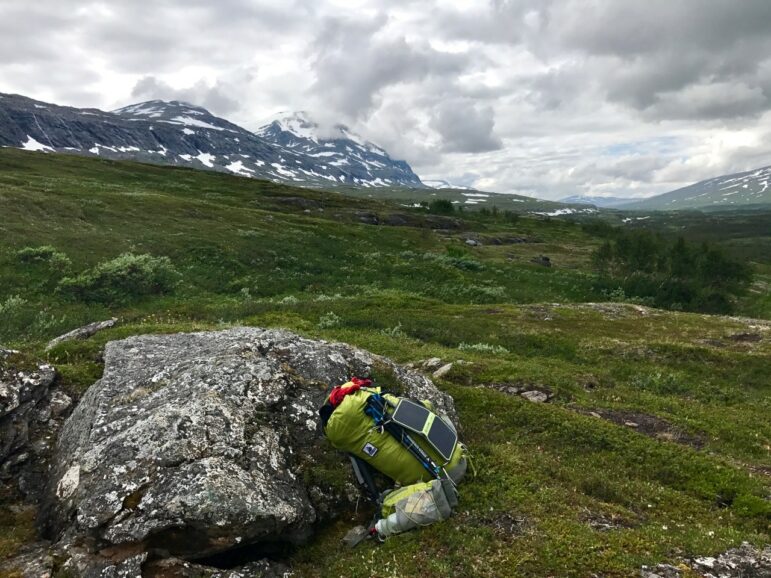 NT: Illustrate for us the most challenging moment(s) of your run.

PC: The unforeseen challenges were principally weather-related: Norway and Sweden had a very snowy winter, cold spring, and cool summer, so according to locals snow melt was 4-5 weeks behind seasons norms. I chose August because it typically offers less snow and drier conditions, but I encountered late June conditions on my run — many undermined snowfields, deep rivers, endless small streams, bogs, and sunken bog-bridges. Temperatures were, though, fairly typical for August — lows approaching 40 degrees Fahrenheit at night and highs of 65 or so in the daytime.

The biggest physical challenge was the toll this mileage and terrain took on my body. I was spent by the end — specifically, I started to suffer a lower-leg pain similar to something I had experienced in Iceland in 2015. By the end of day 8, I was ready to stop, although I still had half the trail left to complete. I felt it was a good decision, for reasons I talked about on my blog, and I had also had several terrifically generative conversations with biologists, glaciologists, and social scientists about the role that climate change is playing in Arctic Norway, along with many experiences both before and during the run itself that underscored my thinking about the deep relationships between the human and non-human world.

NT: What did you eat along the way?

PC: I carried about 25 pounds of equipment. This included a tent, sleeping bag and pad, stove, clothing, food, and other equipment. For food, I had hot oatmeal and coffee for breakfast and a two-serving re-hydrated freeze-dried meal for supper. During the day, I ate constantly: bars, nuts, chocolate, energy gel, and electrolyte tablets in my water. Despite taking all these calories in, I noticed a decrease in weight by the last days of my run, and for about a week post-run, I simply could not stop eating.

NT: Are you planning to return? What’s next?

PC: I do plan to return to Scandinavia, though not necessarily to complete the second half of the Nordkalottleden. I made many good connections during my time there, and I am hoping to return with students on a Sterling College field course, possibly in 2019. In the short term, I am planning a tour to share my experience and perspectives on the human/ecological relationship with as many diverse groups as possible. In 2018, I plan to travel to Hokkaido and run the Daisetzusan Grand Traverse with a group of students as part of a collaborative college-level field course on climate and culture. 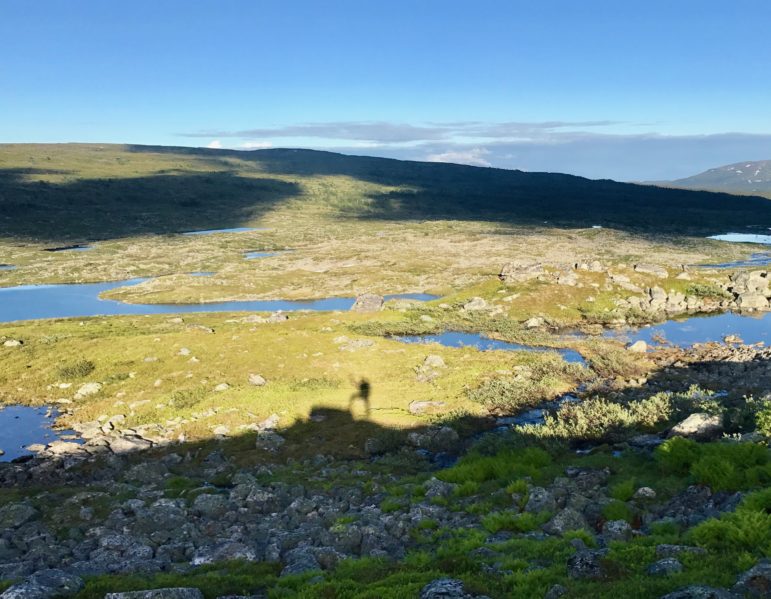