The first issue of the Orion Nature Quarterly was published in June 1982, and in its editorial George Russell, the publication’s first Editor-in-Chief, boldly stated Orion’s values:

“It is Orion’s fundamental conviction that humans are morally responsible for the world in which we live, and that the individual comes to sense this responsibility as he or she develops a personal bond with nature.”

In the intervening years, Orion has become a focal point in an extraordinarily rich period of nature writing, and it has remained true to that core conviction, though the magazine has evolved into a bimonthly and the range of its interests has broadened to include not only environmental but cultural concerns.

Today, Orion has an operating budget of more than $1.5 million and a full-time staff of ten, plus interns and several part-time staff. With no advertising, about 30% of Orion’s operating budget comes from subscriptions and sales and about 70% from donations from foundations and individuals.

Orion magazine invites readers into a community of caring for the planet. Through writing and art that explore the connection between nature and culture, Orion inspires new thinking about how humanity might live on Earth justly, sustainably, and joyously. 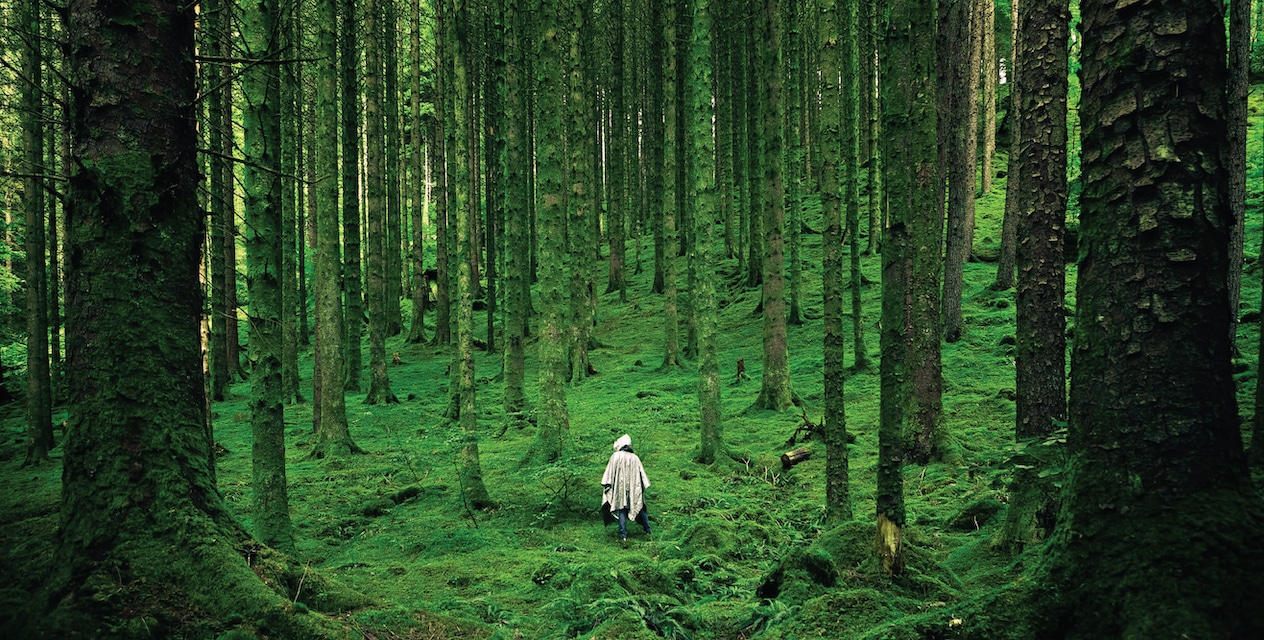 The Orion Nature Quarterly was founded in 1982 as a program of the Myrin Institute, a private operating foundation based in New York. The magazine quickly won a devoted readership and became known for its grounding in literature, the arts, and a philosophical exploration of how we live with the natural world.

As the magazine evolved in the 1980s, it broadened its focus and simplified its name, becoming Orion. Although circulation was small and authors’ fees modest, first-rate writers began appearing in its pages. Orion was increasingly recognized as an important force in the flourishing of American nature writing occurring at the time.

1992: Orion broadened its scope beyond just publishing the magazine and formed The Orion Society, an independent nonprofit organization, to conduct additional programming. This programming was created to bring the magazine’s message to more people and encourage action on the part of individuals to put into practice the ideas Orion addressed.

1996: Orion and The Orion Society moved from New York City to Great Barrington, Massachusetts. That year the Society also received its own 501(c)3 designation from the IRS, established its own Board of Directors, and ceased to be a program of the Myrin Institute. However, Orion continues to be published in collaboration with the Myrin Institute.

Programs coordinated by Orion and The Orion Society in the 1990s included the Forgotten Language Tour, a national barnstorming tour celebrating nature writing and connection to place; the John Hay Award, which was presented annually to writers whose work has been vital to the effort to reconnect people to the natural world; and Orion Institutes, intensive teacher-training workshops led by writers and environmental educators. “Watershed,” a 1996 conference co-sponsored by and held at the Library of Congress in Washington DC, was attended by over 3,000 people. The Orion Society held a second large conference, “Fire & Grit” (1999), the largest gathering ever to take place at the U.S. Fish and Wildlife Service National Conservation Training Center in Shepherdstown, West Virginia.

1997: Orion and The Orion Society launched a new quarterly publication, Orion Afield, which had a special focus on grassroots activism. Also inaugurated in 1997 was the Orion Grassroots Network, a network of grassroots organizations ranging from land trusts to nature centers and from community farms to schools.

1998: Orion’s first website went live. A new and much-expanded version of the website, called OrionOnline, was launched in 2001.

2003: Orion and Orion Afield were combined as a single bimonthly publication. The relaunched magazine continued to focus on literature and the arts, and expanded its cultural commentary to broader areas of environmental justice, political leadership, and economic practices, as well as practical examples of grassroots change.

2006: The Orion website was significantly revised again, at which time the address of the home page was changed from oriononline.org to orionmagazine.org. In recent years Orion has expanded its online presence as a way not only to distribute the ideas and inspiration of the magazine, but to connect to and promote dialogue with readers about ideas raised in its articles. In addition to posting articles and visual art from the magazine online, Orion also produces occasional multimedia, has a regular podcast, and a lively Facebook and Twitter following. Since 2008 Orion has been available in both print and digital editions.

Orion also has a long tradition of publishing books. In 1992, Finding Home, an anthology of the best writing of the first ten years of Orion, edited by Peter Sauer, was published by Beacon Press. Between 1996 and 2004, six books in two different series were published: the Nature Literacy Series and the New Patriotism Series. In September 2007, Milkweed Editions published the second anthology of writing from Orion, entitled The Future of Nature, edited by Barry Lopez.

2007: Orion inaugurated the Orion Book Award to recognize books that have achieved excellence in addressing the need for a new relationship between people and nature.

2010: Orion again won the Utne Independent Press Award for General Excellence, and was a finalist for a National Magazine Award in the Essay category.

2012: Orion celebrated its thirtieth year of publication, and a five-year plan of phasing out Orion’s organizational and fiduciary association with the Myrin Institute concluded. Marion G. H. Gilliam, Orion’s Founder and Publisher, retired at the end of the year. Also in 2012, another article from the magazine was a finalist for the National Magazine Awards.

2013: Orion launched the Orion Readers series: short books, assembled around topics and themes that consisted mostly of past content from Orion.

2014: The Orion website was redesigned and relaunched, and Orion’s annual writing workshop was moved from Sterling College to the Bread Loaf Writers’ Conference.

2016: Orion opened a satellite office in Northampton, Massachusetts. It also added two full-time development staff to strengthen Orion’s ability to generate revenue. Orion brought its circulation database in house for the first time in Orion’s history; until that time it had been overseen and managed by outside circulation management firms.

2017: Orion celebrated its thirty-fifth year of publication. Our anniversary issue included a special section on the Indigenous action at Standing Rock.

2018: Orion was relaunched as a quarterly, with a different trim size and modest revisions to its design. Also in 2018, the Omega Institute joined with Orion in a partnership to oversee and administer Orion’s writing workshops.

2019: Orion initiated Orion in the Wilderness, our first writers’ workshop during the winter. It took place in a remote part of southern Arizona and filled to capacity in a short time.

2020: H. Emerson (Chip) Blake stepped down as Executive Director and Editor-in-Chief after twenty-five years at Orion. COVID-19 swept the country, and all staff converted to working from home. The same year we established our first endowment. With a gift of $100,000 we inaugurated the Orion Fund for Women Writers.

Orion receives generous support from the Massachusetts Cultural Council and the National Endowment for the Arts.