After years of Richard Dawkins-like grumpiness, I finally revisited Kafka’s The Metamorphosis through Susan Bernofsky’s 2014 translation and discovered it as a whole new creature: sweet, charming, curious, and terrifyingly realistic. Who among us hasn’t seen the worst of the world reflected back at us in the mirror? Who hasn’t felt the sting of apples on one’s back? Thanks to Bernofsky’s subtle touch, Kafka’s work suddenly felt relatable, nearly private.

In the leadup to the publication of our Book of Bugs, I reached out to Bernofsky to ask her about Gregor Samsa and the other insects of her reading life.

Sumanth Prabhaker: I’ve always imagined Gregor as a giant cockroach, but Nabokov describes him as a three-foot beetle. How did you initially picture the creature, the first time you read The Metamorphosis?

Susan Bernofsky: If you want to imagine him as a big cockroach, go ahead, but I myself think the vagueness of his insectness is part of his inhuman condition. Kafka’s word Ungeziefer tells us that Gregor’s a bug of an undesirable sort (you wouldn’t use that word for a cute, helpful insect). There’s never any indication in the story that he might have wings hidden in his armored back. (Think how wings would change this story!)

SP: You write in your beautiful afterword to this edition that ‘Kafka wanted us to see Gregor’s new body and condition with the same hazy focus with which Gregor himself discovers them.’ What led you to that realization?

SB: Nabokov isn’t wrong in terms of basic measurements. But when he suggests he might be a dung beetle, I think that’s a very un-Kafka-like thought. Far too specific! Part of what’s so frightening about things that frighten us is that we can’t bring ourselves to look right at them long enough to make sense of them. Leading to the endlessly incomprehensible spaces that constitute his novels (too many walls in The Trial, too many open spaces in The Castle, too much dysfunctional geography in The Missing Person).

SP: Why was it important that Gregor become an insect and not simply a disfigured, Elephant Man-like outcast? Is there something unique to the cultural profile of an insect that the story wouldn’t have been possible without?

SB: We know that beetle-Gregor is about a meter long, since he has to stand on end to grasp a door handle in his jaws. And as my philosophy professor David Sachs pointed out to me as an undergraduate many years ago, it’s crucial that he be smaller as a bug than he was as a human, since if he’d changed his form but not his size, it would have been easier to identify him as an ailing human being — one who might, for example, have been brought by his concerned family to the hospital directly across the street from their apartment building (an ironic detail in this story).

SP: Reading your version of the story, what came through to me was the feeling that this is the work of someone who has been intimate with self-hatred for a very long time, someone who recognizes the instinct to flinch in sympathy when others’ eyes are on you. What does it tell you about Kafka’s relationship with insects that he could think of no better metaphor to embody that feeling?

SB: Kafka sees Gregor Samsa as a stand-in for himself (for his love-terror-hate relationship with his father, for his own self-loathing)… Ungeziefer is a horrible insult to throw at a human being, and to that extent, “cockroach” isn’t the worst equivalent. Still, Kafka could have specifically called Gregor a cockroach in German, but he chose not to. There are two German words for “cockroach,” in fact: Schabe and Kakerlake. Duden (the German-dictionary equivalent of Merriam-Webster) reports that the etymology of Kakerlake is uncertain, though it’s hard not to hear “caca” in the first syllable, and Kaker is pronounced like “Kacker” (literally, “one who shits,” but meaning, approximately, “shithead” or “wanker”). The word “Ungeziefer” is a bit more elegant than that.

SP: What are some other memorable insects and arthropods in literature that stand out to you?

SB: Do you mind if I talk about spiders? One of my favorite things I’ve ever translated is this bizarre little 19th century horror story by the Swiss writer Jeremias Gotthelf. A village gets possessed by the devil after a woman makes an incautious promise to a stranger, and the next thing you know there’s a plague of spiders (big ones, little ones, all so poisonous that their touch brings instant death). It’s a terrifying story with lots of gory descriptions. Also the thing that sets the whole scary plot in motion is a sort of colonial violence, a poor farming community oppressed by well-armed invaders from abroad.

SB: They fascinate and frighten me. I grew up with cockroaches in New Orleans, both the “big ones” (water bugs, palmetto bugs) and the “little ones” known as German roaches. The big ones were scarier because they fly and are so dumb they’ll fly right into your face if you’re not careful. The little ones are disgusting because they appear in large numbers and swarm everywhere.

But of course bugs are amazing, and they’re much better suited to survival than we are, so it’s hard not to admire them at least a little. A monarch butterfly hatched in my kitchen a few years back (the chrysalis hitched a ride home with me on a bunch of turnip greens), and it was really miraculous watching from so close up how it turned itself into a flying machine. I fed it some mashed-up watermelon and got to see its proboscis unfurl so it could drink. When I opened the window for it to fly away, it couldn’t at first, so I built it a paper-towel ladder up to a patch of sunlight where it could warm its wings. Once they were warm, it started flapping, and off it went. 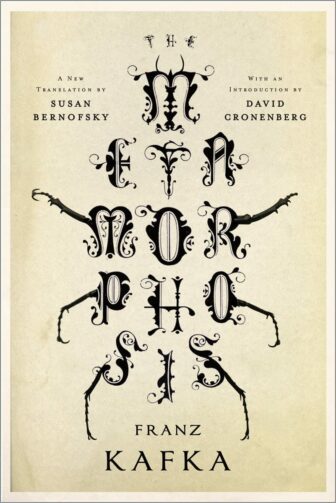 Susan Bernofsky has translated more than twenty books, including seven works by Robert Walser and Hermann Hesse’s Siddhartha. She is the author, most recently, of Clairvoyant of the Small: The Life of Robert Walser. She is currently working on a new translation of Thomas Mann’s monumental novel The Magic Mountain.