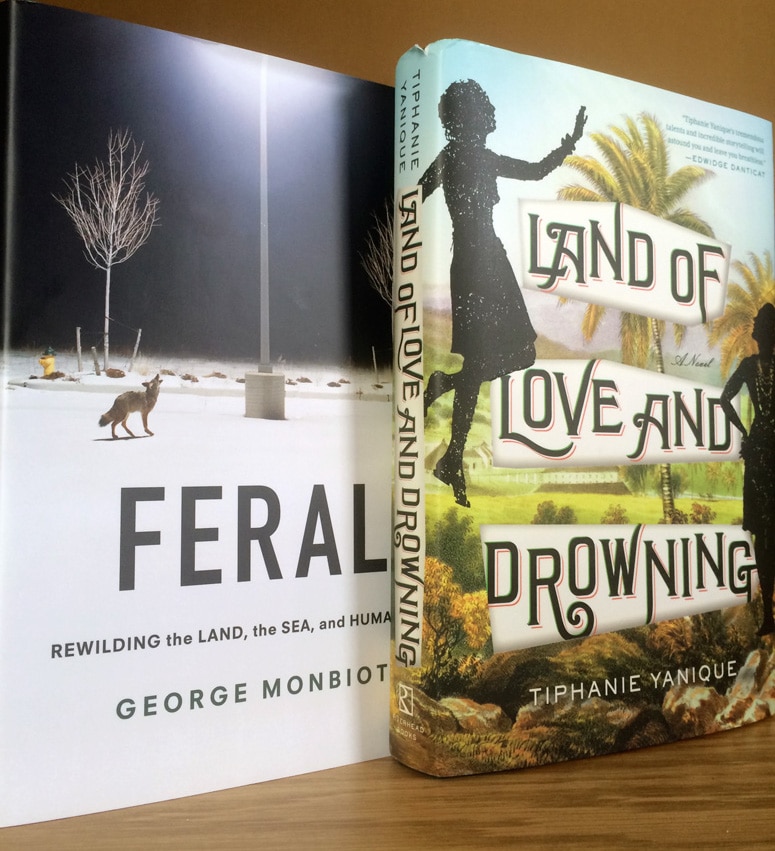 When’s the last time you walked into the woods, or a park, or your garden, and felt unsure of what—or who—you might see? If the answer is “it’s been a while,” you’re not alone. With his intrepid and imaginative new book, Feral: Rewilding the Land, the Sea, and Human Life, journalist George Monbiot has invented a term for this twenty-first-century condition that afflicts so many of us in the developed world: “ecological boredom.” He’s come up with a prescription, too, which involves large-scale reintroductions of keystone species to the landscapes that humans have emptied out and made their own. If this sounds reckless and implausible, it’s not: Monbiot has done his research, and builds a case for how well his surprising list of animal recruits would fit into his home landscape of Britain. From moose and lynx to hippopotamuses and black rhinoceroses, Feral invites readers to imagine a wilder, less stifled and more primal world—one in which we humans can come to recognize our animal natures once again. —Scott Gast

Tiphanie Yanique’s Land of Love and Drowning is a finely crafted novel that tells the multigenerational story of a family on the island of St. Thomas in the mid-twentieth century. Told primarily from the perspectives of two sisters who struggle to come to terms with their rapidly changing home (the novel’s historical context is the shift of rule of the Virgin Islands from the Danes to the Americans), the book contains lavish descriptions of landscape while giving the reader a vivid sense of the cultural dimensions of island life. The challenging subject matter is handled in the deft and illuminating way of the finest literature, and the result is a book that is both magical and provocative. —Madeline Cantwell