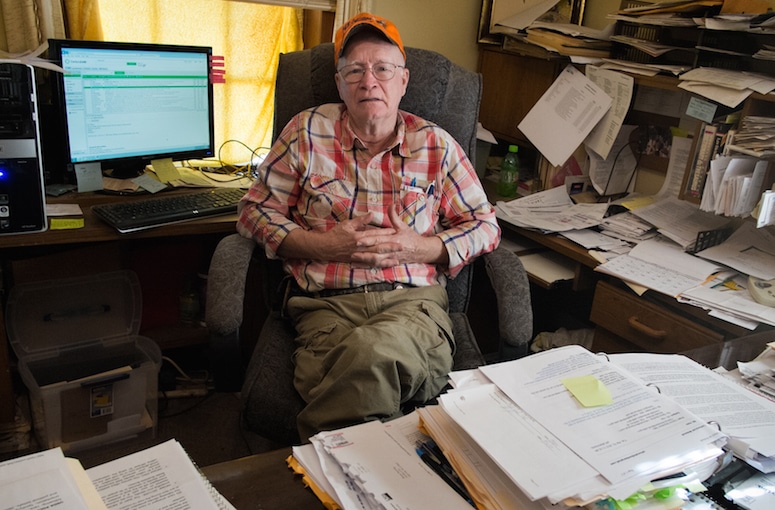 As Dean Kuipers reports in the July/August 2015 issue of Orion, a hopeful new model for providing family farmers with money to continue their work is paying dividends. But another recent trend involves Wall Street: in the last ten years, over $25 billion has flowed from large banks, hedge funds, and exchange-traded companies into U.S. farmland (and not of the family-owned variety), all with the expectation of fast profit.

To shed light on the challenge and importance of preserving family farms, we spoke with Benny Bunting, a farmer advocate whose twenty years of work has assisted hundreds of family farmers. Between 2010 and 2013, he’s helped preserve about $50 million in assets for agricultural families. Benny is with Rural Advancement Foundation International-USA and is allied with Farm Aid, one of the leading voices for American family farmers, which celebrates its 30th anniversary this month.

You’ve been an advocate for family farmers, with Farm Aid and other organizations, for more than twenty years. Why is it so important that family farms—as opposed to other kinds—thrive in this country?

Family farms retain a rural community’s most valuable resource: children. Traditions of hard work, commitment to land, and community involvement (via institutions like Little League baseball, volunteer fire departments, churches, and local government) are passed to the next generation. Not many professions allow for shared time between children, teenagers, and parents as they work side by side toward the same goal.

Family farmers also live, buy, and sell locally. But as the scale of farming increases, the scale of local participation tends to diminish.

In the last decade, Wall Street has invested billions into U.S. farmland, with the hope of making a fairly quick buck. What do you make of this trend, and what impact do you think it has on family farms?

I’ve been around long enough to see both prosperity and financial disaster on family farms. Most of the disasters were weather related or government influenced. I believe that when Congress eliminated protections from the low prices of products from overseas, the floodgates opened, allowing multinational companies to siphon off the profits of family farmers. When farm profit margins shrank, the notion of “get big or get out” became self-fulfilling prophecy. It seems to me that the new influx of cash from Wall Street is simply a continuation of that mentality—and a system that’s not designed to be operated by its owners looks a lot like share cropping in Sunday dress.

What’s your vision for American agriculture? Where do you hope we’ll be in, say, fifty years?

My vision is of consumers helping farmers achieve a consistent living wage, which is a matter of personal-health security, community security, and national security. It’s a vision of where the next generation choosing to stay on the farm is a smart career decision, not just a family obligation. It’s where mega-farms are parceled out to invite new and beginning farmers, where the bankers involved are located in the communities in which they work, and where farming is no longer considered a huge financial risk but viable and worthwhile work.