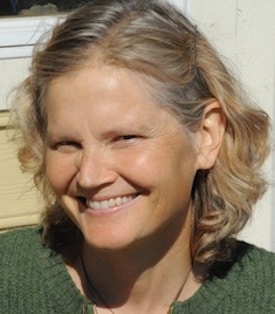 Less than three weeks old, this particular revolution around the sun has already been defined by cancer. It took David Bowie first, quietly and then not. He kept his diagnosis to himself for eighteen months, and when he died it was like an explosion, radios playing and replaying his songs, writers overflowing with words, a funeral that echoed and reverberated the world over.

Alan Rickman was next, four days later, pancreatic cancer. Again, the world mourned his death and celebrated his life in equal parts. Again, his struggles against dying were private, until they weren’t.

I observed all of this with a degree of detachment. I wasn’t a huge Bowie fan, and I’m not much of a movie person. But this Saturday, absently scrolling through Twitter, cancer punched me in the chest: I learned that Alaskan writer and marine biologist Eva Saulitis had died. I looked out the window, at pine boughs brushing the sky, the sunlight catching beads of snow on their needles. I looked back at my computer screen. I searched for an obituary, and didn’t find one.

I didn’t need to, though. Eva had written about her breast cancer for years. She wrote honestly and bravely. She wrote about her own mortality while she watched the Chugach transients, a group of orcas she studied for decades, die one by one. The group hasn’t birthed a single surviving calf since before the 1989 Exxon-Valdez oil spill, and Eva’s husband and research partner, Craig Matkin, once told me that’s because the orcas are at the top of the food chain, absorbing all the BPAs and oil and other chemicals ingested by everything below them. They’re victims to their own strength and grace, repositories for all the toxins we’ve injected into their environment. Into our environment.

“Studied” isn’t a verb that aptly describes Eva’s relationship with the Chugach orcas. She was a respected and meticulous scientist, but less interested in flashy breakthroughs than in understanding a single, genetically distinct group of orcas and the world they live in. The orcas weren’t entries in a log or blips of GPS data on a map. They were a manifestation of a place Eva loved, a place of green-shouldered mountains dropping into a cold ocean, of tannin-colored salmon streams plunging through dark forest, of rocky, seaweed-strewn beaches and nights punctuated by the breathing of whales. She spent hours rolling on the sea in tiny boats, watching and taking notes. She could recognize individual orcas by sight.

Though she and Craig published papers showing unequivocally that the Chugach transients are going extinct, Eva found that scientific language wasn’t adequate to explain their peril. So she turned to creative writing—to poetry, essays, and memoir that interwove her story with the stories of the orcas she loved. It only made sense that after she was diagnosed with breast cancer in 2010, she wrote about that too; it was tragically fitting that her own life and those of the orcas were spiraling into the sea together. “No one teaches us how to die,” she wrote in Orion in 2014, after the cancer had metastasized into her right lung. “Facing death in a death-phobic culture is lonely.”

Eva Saulitis gave that loneliness a voice, one missing from other high-profile losses of 2016. Her passing may not shake the world as Bowie or Rickman’s have, but her courage in sharing it gives the rest of us a beacon to follow into the darkness. It offers us a brutally real, painfully beautiful glimpse of what it’s like to carry a body battered by cancer through a world that’s also battered by cancer.

And though much of Eva’s most memorable writing is about loss, loss is not her legacy. As I read and reread her essays, I found myself pushing away the computer and walking outside until I was knee-deep in snow, breathing its sharp cold smell, spinning under the pine trees, my head tilted to prisms of sunlight. “We have no dominion over what the world will do to us,” she wrote. “We have no dominion over the wild darkness that surrounds us.… Death is nature. Nature is far from over.

“In the end—I must believe it—just like a salmon, I will know how to die, and though I die, though I lose my life, nature wins. Nature endures. It is strange, and it is hard, but it’s comfort, and I’ll take it.”

Krista Langlois is a correspondent for High Country News and is based in Durango, Colorado.