GROWING UP on the outskirts of Sydney, Concetta Antico was a peculiar child. Not for the way she foraged the natural world like her friends, nor for what she brought back—a dull crow’s feather, a lump of sandstone, a handful of blueberries. What set Concetta apart, as she turned these treasures over in her small hands, were the colors she saw in them. The black crow feather dazzled her eyes with violet and turquoise and deep flashes of brilliant emerald. The ridges of sandstone shimmered and skipped. Indigos, purples, grays, golds, and azures arrayed the blueberry skins, while their insides popped with yellows, greens, golds, limes, pinks, and violets.

At school she painted the rough, playground fence with water from a metal pail and became immersed in the fantastical hues. The sun bounced off each droplet, bending its light into dancing prisms. Like her mother, she was an artist, painting rainbows. When her mother passed away a few years later, Concetta took refuge in nature. The clouds soothed her with their fragile lilac blues, slight blushes, and mercurial peaches. She found comfort in the thousands of fresh greens after a rain.

Concetta, a functioning tetrachromat, possesses a rare genetic mutation that illuminates one hundred distinct shades of color for every one perceived by the average person. Human color vision falls along a vibrant spectrum created from an interplay of genetics and environment: anomalous trichromats (the 6 percent of individuals referred to as “colorblind”) possess two fully functioning color receptors, most commonly blue with either deficient red or green; trichromats, encompassing the majority of humans, register somewhere between a hundred thousand to a million colors from a blend of blue, red, and green; and tetrachromats, a rare cohort, express a fourth color receptor in their eyes that, in Concetta’s case, corresponds to orange. 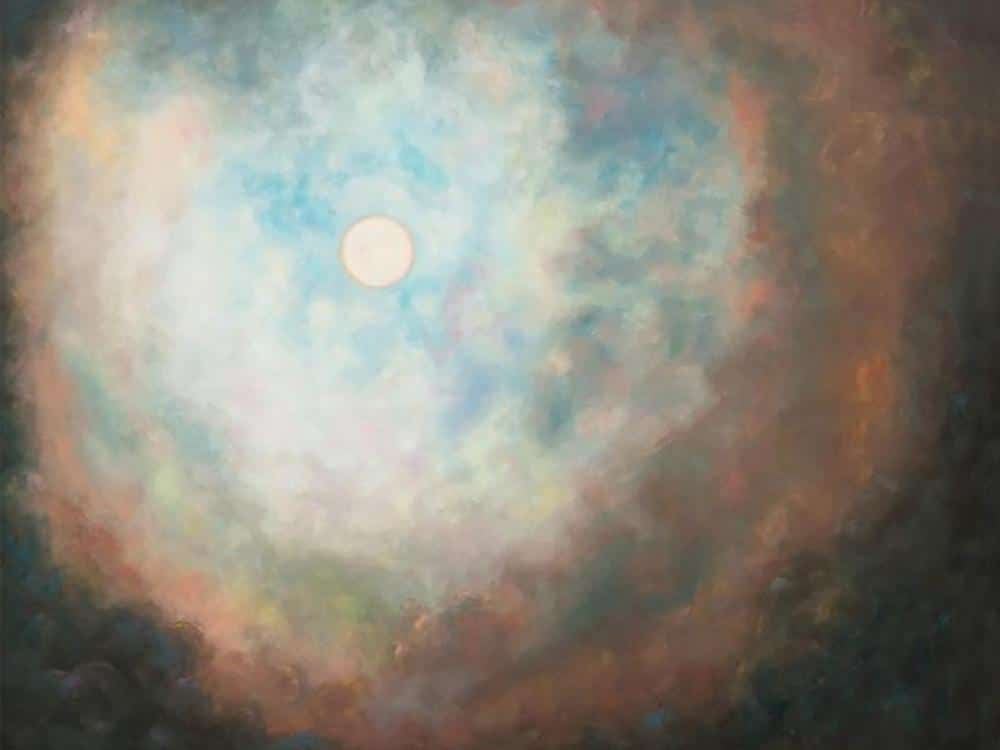 Color vision has always been a fluctuating genetic characteristic, developing and mutating over many millennia. And tetrachromacy in humans, only first recognized seventy years ago, remains elusive. It arises from anomalous trichromat lineage and is entwined with the X chromosome, meaning the few who carry the potential to glimpse the world’s hidden colors are the daughters of colorblind men. Neuroscientists have begun to explore the gene using a combination of computer programs, analysis of artwork, and optical tests. One involves a series of scrambled color discs ranging from one shade to another by microscopic ratios, which a tetrachromat is tasked with arranging in order.

She found comfort in the thousands of fresh greens after a rain.

Yet despite the breadth of her extraordinary sight, Concetta lives in, and is impaired by, a trichromatic society. Every pixel and pigment synthesized by human hands—everything you might see on your television, computer screen, or phone—only uses three colors. Matched clothing clashes in sharp dissonance.

A visit to the supermarket is an assault, with row after row of fire engine reds, harsh yellows, and volatile neons under fluorescent light. (For a woman whose studio features thousands of indecipherable pastel palettes, the bright plastics in the laundry detergent aisle are especially overwhelming.) Concetta copes by making the same meals day after day, minimizing her time in the store, where the frenetic tide of manufactured colors under artificial light inundates her senses.

Exiting the supermarket, she enters a splendid world where peppery winds lift eucalyptus leaves singed with sienna; where gentle halos ring the inside of a shell and sea foam effervesces atop aqua and sapphire waves that ripple with lavender and cerise and champagne. A slight shift in sunlight brings blooms of viridian and teal, sparkling with rills of jade, peridot, and radiant gold, always there but rarely visible.