David Abram is an American philosopher, cultural ecologist, and performance artist, best known for his work bridging the philosophical tradition of phenomenology with environmental and ecological issues. He is the author of Becoming Animal: An Earthly Cosmology (2010) and The Spell of Sensuous: Perception and Language in a More-than-Human World (1996), for which he received, among other prizes, the international Lannan Literary Award for Nonfiction. Abram is founder and creative director of the Alliance of Wild Ethics (AWE); his essays on the cultural causes and consequences of ecological disarray have appeared often in such journals as Orion, Environmental Ethics, Parabola, Tikkun, and The Ecologist, as well as numerous anthologies. 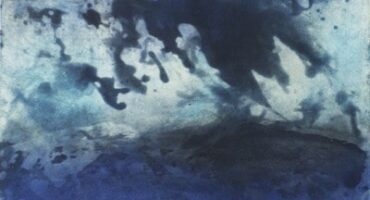 THE COMPUTER KEYS fall and rise beneath my fingers, letters assembling themselves like ants on the screen as I list the matters I must attend to in the next days. Drop Continue reading →

The Tumult of Vision

The terrain we bodily inhabit stretches out before us, a multidimensional field pulsing with vaguely sensed elements that steadily vie with one another for our attentions. As we move through the Continue reading →